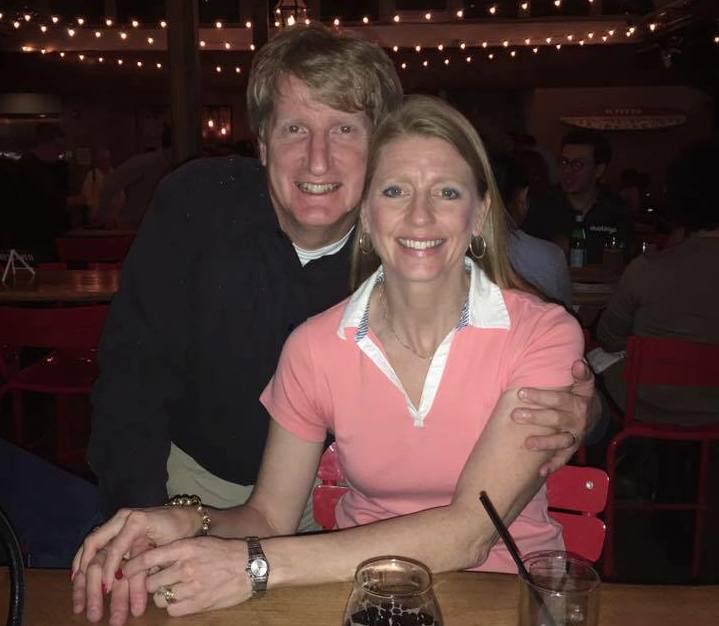 Saturday morning brought a close election in the Republican Party in Waynesboro, and those who identify as Republicans in the city had their say.  In a 75 to 62 vote, delegates met and decided to elect the new guy over the incumbent. Democracy in action, congratulations to the winner, Danny Ledford, and commendations for the excellent service of the immediate past chairman, Ken Adams (who incidentally brought the Waynesboro City Republican committee back to life after years when the city didn’t even have a Republican Unit).  Congratulations to both men.

But there is more.

I spoke to Will Strickland, a constitutional conservative and delegate at the Waynesboro Republican mass meeting of March 7.  Will is a major activist for Constitutional issues and staunch defender of civil liberties traveling several times a week to lobby in Richmond for 2nd Amendment liberties, free speech, free markets and limited government when the Virginia Legislature is convened.  He’s a guy who is “represented”, or perhaps subjugated is a better word, by his State Senator, the long-serving Emmett Hangar.

Will chatted with a lot of people at this meeting, including Congressman Ben Cline.  He likes Ben Cline, because Ben is trying to stay constitutional in a town that despises the people’s constraints on its activities.   He is fighting the good fight as a first term congressman.

Will spoke with Danny Ledford, a friend and fellow conservative.  He knows Danny well and trusts he is a man of honor and will do good things for the city.  He was assured that Danny is not a man to be bossed around or controlled. It’s nice when committed conservatives come together to improve the party and the party’s impact on the community and the state.

So we should look at the impact that committed constitutional conservatives have had on the state, and beyond, starting in Waynesboro.

The Virginia law known as the Incumbent Protection Act was finally ruled unconstitutional just last year, and this happened not because elected republicans like Bob Goodlatte and Emmett Hangar wanted it to go away.  Those old pols liked the ability to choose or select the method by which the party would “re-nominate” them for their next term, and the next. Former Waynesboro City Republican Unit Chair Ken Adams is the reason that this unconstitutional piece of Virginia legislation was finally buried, because he filed suit, and led the various lawsuits that forced this issue into the courts, and into the light of day.  Crappy laws usually don’t do well when exposed to the sun, and it took years, but Ken Adams delivered the sunlight.

No one that Will spoke to on either side of the Chairman’s race was happy with Emmett Hangar, including mass meeting attendee Scott Seaton.

Will thought that was strange.  Scott was the key vote on the Legislative District Committee that decided – just after the courts had famously granted this right to the LDC and not to the incumbent candidate – to do just what Hangar wanted and give him a primary.  He had a conservative firebrand as an opponent, Tina Freitas, and what she said most Republicans agreed with – and yet, she lost the primary, as upstarts generally do in Virginia, where democrats can vote in primaries that are funded by big incumbent war chests.  Hangar actively campaigned for the independent and Democrat vote, as he always does when he has a primary challenger.

Cynics, as well as professional election analysts, recognize that Hangar is elected and re-elected due to Democrat votes in Virginia’s open primaries.

The reason Hangar was elected is because of Scott Seaton’s vote for an open primary, instead of a party convention. Tina Freitas is and was a Constitutional conservative.  Emmet Hangar is a RINO. Not many will argue this assessment. Many people Will spoke with, including the new chair of the Waynesboro Committee and several of his delegates, did not know the history of Hanger’s continued siege of power and Scott’s role in the siege.

Will highlighted with Scott that he and friends were baffled by why Hanger was allowed to once again leverage an open primary.  He was baffled until recently when he promised his friends he would research the issue and discovering Scott had lead swampy maneuver to nominate by primary.  Scott Seaton, a Republican supervisor in Augusta County, flailed through a series of illogical defenses of his actions. In retrospect, Will says that “Scott Seaton is the Mitt Romney of Augusta county.”

I know Scott, and the moniker fits him well.  Mitt Romney isn’t the first RINO who says one thing, then self-righteously does another.  I mean, Mitt had all kinds of reasons why he voted to convict Trump on “abuse of power.” Mitt has actually seen hundreds of examples of abuse of power in his political career as governor and Senator and it never really bothered him, until it did.  Principles, shminciples.

There’s more. Virginia citizens do not have concealed carry reciprocity with other states, and Virginia citizens and their families have to pay for expanded Medicare for one reason and one reason alone.  Emmett Hangar led the charge on the latter, and betrayed the Republican majority on the former.

It goes further.  The reason Hillary Clinton was not prosecuted for mishandling classified emails, when sailors and Marines who innocently shared photos via social media that happen to have been taken with some military emblem in the background have lost rank, lost jobs and even done prison time is well known.  Why was this? Because three-term chair of the House Judicial Committee Bob Goodlatte did nothing. The outrageous extensions on the surveillance and excesses of the Patriot Act, which in many ways provided for the poorly monitored and unaccountable misdeeds of the FISA Court, which have endangered the Trump presidency, and certainly weakened it in some ways, are also the result of Bob Goodlatte’s lack of faith in and familiarity with the US Constitution, or at best, his apathy relating to it.  Goodlatte did not hold the Obama administration to account when they attacked grassroots and tea party leaders throughout the country with swarms of IRS and federal regulators. He failed to prosecute Eric Holder and Hillary Clinton for “The Fast And Furious” gun-walking operation. Fast and Furious is the operation where US ATF agents smuggled more than 2000 weapons to Mexican Narco-terrorist which were used in the murder of hundreds of people including US Border Patrol Agent Brian Terry. Clinton and Obama lied saying that the guns being used were supplied by unscrupulous American firearm sellers in an early attempt to ban the weapons in the US and bolster the lefts assault on the 2nd amendment.

I think it is good to understand the legacy that our actions have. Ken Adams has served the party magnificently, and he has served the Commonwealth magnificently as well.  Actions have consequences, and there is no doubt there is a war for the hearts and minds of conservatives everywhere. One side wants equality of access, justice, constitutionally-limited government and rule of law.  They are constitutionalists. The other side believes that elected politicians rule over the peasantry, and should always be given another chance, deferred to, and obeyed. These folks have many names, but the most appropriate one we can print is RINO – Republican in Name Only.  We call the 6th District group that aims to keep Bob Goodlatte’s political legacy alive “The Drama Club.”

In the game of politics, it’s always war.  I will always be honored to have been able to help Ken’s effort to end the Incumbent Protection Act in a small way, and I am in awe of his perspicacity, sense of honor, and determination.  Will Strickland walks the walk, and makes the calls, and makes the visits to his local and state government to be sure they understand what is at stake, and that they do the constitutional thing, even when no one is looking.

Incidentally, many people Will spoke with, including the new chair of the Waynesboro Committee and several of his delegates, did not know this.

Maybe they do now!