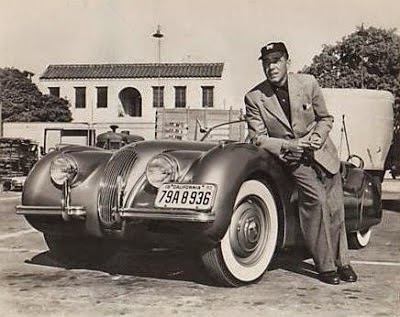 One day convertibles will be seen only in museums.

War on Ice Cream and the Litigation Frenzy

P.S. Invite your entire staff to do the same. Special group rates available.

Every company the Prof threatened should have sent him this letter. None did, of course, because American business now treats lawyers, law-profs and courts as you might treat a rich great-aunt who has gone dotty. You know she’s nuts, but thwarting her might cost you. So you pick the silverware out of the trash, put the good things up high, and try to keep Aunt Bertha from wandering outdoors a la buffé at high noon.

Far from the orderly, sensible proceedings of yore, courts are now a high-stakes crapshoot. Lawyers have discovered that courts will entertain specious damage suits against any and all legal products, so the race is on for the big bucks. Some states have built reputations as the Land of Opportunity for ambitious product-litigation lawyers.

Thus, the Fast Food Shakedown Lawsuits, and now the Ice Cream Shakedown Lawsuits – followed soon by litigation against candy, popcorn, bacon, eggs, steak, coffee, butter, etc. – are imminent. The scam worked once, and the vigorish is just too good to resist. American business stretches out like ripe fields, awaiting harvest. Every prospect pleases: cooperative courts, compliant juries, money there for the taking. (As they ask in Jersey: What’s not to like?)

But ask yourself this: is it right that plaintiffs who bought a legal product voluntarily, with full knowledge of its possible disadvantages, should receive billions – just because lawyers can persuade a jury of a dozen people of no particular expertise that the product is “dangerous,” “unhealthy,” or “undesirable?” If you answered “Yes,” or even “Maybe,” then you have bought into the Litigation Sweepstakes mentality.

That mentality goes far beyond cluck-clucking over absurd damage-awards to a fast-food customer who got burned when she placed a coffee cup between her legs as she drove her car. What we are looking at – like a chasm yawning before us – is the dismantling of American business and perhaps the entire American economy. Product litigation is out of control. Unless it is stopped, it could wreck the greatest economy and the most affluent way of life in history.

In the Brave New World ahead, every business will have to be heavily insured in case some product that they make or sell is suddenly “convicted” of making kids fat or hyperactive, or rotting their teeth, or causing acne. Insurance and litigation costs will boost the price of everything, lowering everyone’s standard of living – insurers and lawyers excepted. Some products will disappear entirely – stamped out by crippling damage awards. Others will cost more than ordinary people can pay.

Eventually, lawyers will hit cars (40,000+ highway deaths a year), air conditioners (stuffy sinuses), stoves (fires), furnaces (monoxide poisoning), bathtubs (115 deaths a year), and myriad others. Builders will stop building homes with stairs (1000s of falls a year). Some businesses will close. Others will flee to India or Indonesia, taking good manufacturing jobs from America forever. Pharmaceuticals – surely the most tempting target of all – will certainly have to move offshore in order to stay viable. The world’s greatest medical research establishment – driven out by crushing litigation – will no longer be American.

Without air conditioning, the southern USA will become uninhabitable (by today’s standards). Cars will be so expensive (think hundreds of billions in awards) that only government officials, corporate executives and the wealthiest citizens will own them. Schools will abolish playgrounds, monkey bars, swimming pools, football, baseball and PE classes. Kids’ sports clubs and amusement parks will disappear. An entire way of life will essentially be sued to death. America will become a sterile caricature of what it was.

“That’s ridiculous,” you’ll say. Once I might have said so, too, before our jihad against smoking tempted us to fleece Big Tobacco, big-time. Of course, cigarettes were a target made in (lawyer) heaven – cancer, heart trouble, stained teeth, bad breath, ashes, stinky rooms, second-hand smoke, fires, holes burned in furniture… filthy habit! We hit them for a quarter of a trillion dollars! It was the first time a legalized stick-up had been attempted on this scale. (The GNP of only twenty-one countries is higher.)

We told ourselves it was For the Children, so who – but a few pathetic addicts – could possibly object? States divided up the swag. Participating lawyers became zillionaires (but some states welshed and wouldn’t let them collect their full fees). Others began to look for fresh meat.

Gun manufacturers were next on the hit-list, but the heist failed – this time. Eventually their number will come up again. Now initial salvos in the Fast Food and Ice Cream shakedowns have been fired. Others will follow.

As a general rule, society is well-advised to avoid legalized mugging or other mistreatment of persons or businesses who look vulnerable or who are envied or hated. A surrender to vice usually comes back to bite us. By now we should know this, but we just can’t help ourselves when the opportunity presents itself. (As Eliza Doolittle’s pop famously observed: “With a little bit o’ luck, when temptation comes, we’ll give right in…”)

A century ago, the Vanderbilts, Rockefellers and Carnegies (and a few others) were outrageously rich. They lived like princes. It was the Gilded Age. Politicians railed at them. Workers making $1 a day cursed them. Finally, we brought them down – we passed the Income Tax, by jingo, and the 16th Amendment to the Constitution made it legal. Only the top 10% of wage earners were affected. Yee-hah! It was glorious. We Soaked the Rich! All others would be untouched – or so we thought then.

A century later, our Federal tax code has grown from its original 400 pages to over 70,000. No living person has read all of it, and none ever will. We spend nearly 8 billion hours a year preparing our tax returns – groaning under taxation levels that must have the patriots of 1776 spinning in their graves. We can now measure what the Deadly Sin of Envy can cost. It didn’t just come back to bite us in the butt. It has us by the throat!

The Litigation Frenzy of our time (as I think historians will recall it) will have a similar dénouement. Our glee at socking it to those rich, “immoral” corporations, whose products fatten us or seem to shorten our lives, will be short-lived. If we let the frenzy continue, free enterprise will die, and the American Dream with it. The “joke” will be on us. We shall all end up less free, less prosperous, less pleased with life, poorer in our prospects, and very sorry that we let Greed get the better of us. We’ll plead that we didn’t realize what would happen, but it will be too late. We’ll be like adolescent vandals who, upon being caught, can’t remember why they hated some guy they didn’t even know – enough to ruin his car or his home.

Decades hence, our children and grandchildren will see old photos of happy families enjoying ice cream or lunching at McDonald’s; of teens hanging out at the pool or driving convertibles. They’ll wonder what all that was like. And they’ll ask why we hated hamburgers, hot fudge sundaes, cars, swimming pools, air conditioning and amusement parks – and all the other pleasures that made American life rich and colorful – so much that we made them disappear. There won’t be an answer, because we probably won’t be around to explain that it wasn’t really our fault – the lawyers made us do it.

The Litigation Frenzy can be stopped. It’s entirely within our hands. Our fabulous American Way of Life can still have a future. But we have to want that future enough to make our legislators, representatives, delegates, senators, and judges act to cut off the careers of the Legal Shakedown Artists. And we have to do it now.

Otherwise, no more ice cream – or heaven knows what else.

War on Ice Cream and the Litigation Frenzy was last modified: October 1st, 2017 by Woody Zimmerman

Suing over anything and everything is not in the public interest. It eliminates consumer choice and raises prices to name only two negatives. If a company has lied about their ingredients, by all means, sue away. But McDonalds and ice cream manufacturers do not cause obesity.

Over eating causes obesity. Choices made by the individual may cause obesity. Eliminating fattening foods because someone might become obese ignores the issue of free will and human responsibility for their actions.

So deep-fat-fried foods are fattening? Ice cream (especially the best tasting, high fat brands) may cause you to gain weight if eaten to excess? What a shock! Whoever could have imagined?!

C’mon, we all know that you will gain weight if you take in more calories than you expend. Some people just do not care and will overeat no matter what you do. Unless you plan to sue until you’ve removed every cookie, every donut, every cake, every pastry, every last bit of fat, salt, sugar, dairy, meat, and everything else that tastes good in this world, there will always be an opportunity for people to over-indulge and become fat as a result. Will you eliminate every food except vegetables? Whatever happened to choice, personal responsibility and free will?

There’s no reason I should not indulge in fried chicken and ice cream now and then. I’m underweight, my cholesterol is very low, and I would benefit from the added calories. But you want to take that option away from me and all the others who eat ice cream in moderation – all because some people have no self-control and over-indulge?

I can guess which states are those that may sue over obesity. It’s a perfect example of government running amuk and overstepping it’s bounds. You’ll have an extremely hard time convincing a jury that people who pigged out on deep-fat fried chicken and high-fat ice cream had been duped into believing they were consuming low calorie health foods. Even referring to oneself in the 3rd person won’t accomplish that feat.

Thanks for putting a name on this mess.