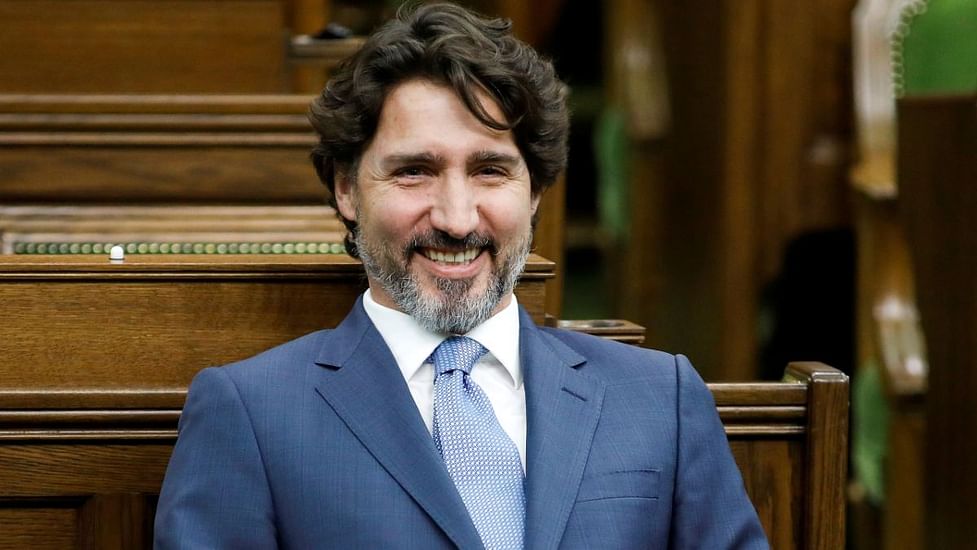 A fair number of years ago, I read â€œThe 5000 Year Leapâ€.  It essentially lays out how the Founders of the American Republic took the lessons of the past to create a society based on the supremacy of the individual and not the government.  The people rule – and the government exists to enhance life, liberty and the pursuit of happiness for the people.  Anything less is unacceptable.

Unfortunately, there is a tyrant rising to the North.  He and his band of fascists move quickly.  Delay is not acceptable as the intent is to shock his opponents into submission.  He employs the processes of conquest that have been honed throughout the ages.  His name is Justine Trudeau, and he now joins the registry of tyrants in the hall of infamy.

Trudeau, the leader of a minority government, has driven Canadians to protest by forcing upon them ever more draconian COVID vaccine mandates.  The response is the Freedom Convoy orchestrated by a massive number of truckers and subsequently joined by farmers, cowboys, tow truckers, and just plain folk of all ages, sexes, and races.  The result was and is the cessation of cross-border and intra-Canadian truck traffic.  Goods did not move and the economy stalled in about a week.

Typical of a tyrant, Trudeau refused to meet with the truckers because he didnâ€™t approve of their objectives and tactics.  He compared the truckers who were peacefully protesting to NAZIs and racists (while at the same time extolling the virtues of the violent ANTIFA and BLM rioters).

The current situation is a nightmare.  Trudeau has invoked emergency powers and shutdown trucker bank accounts, insurance policies, licenses and certifications.  This has triggered a run on Canadian banks.  It also means that truckers canâ€™t move goods without risk.  Their limited protest has now become a total national emergency.  Notably, anyone who has provided support to the truckers is now under attack as well â€“ see the hacking of give-and-go as an example.  Typical of a tyrant Trudeauâ€™s approach to a solution involves naked force not negotiation or reason.

Trudeau is depending on the loyalty of the police and military to protect his efforts and to punish the protestors – and his political opponents.  This is a high risk gamble but he and his fascist friends have spent time placing reliable â€œuseful idiotsâ€ into positions of power â€“ people who are loyal to Trudeau and not to the Canadians themselves.

The question at this point is whether Trudeau will be removed from office by reason or by force â€“ or whether he will be able to put in place the next in a long line of totalitarian governments.  The bottom line is that his assault of freedom is a fundamental assault on Western civilization.  This is the great reset in play and the world is watching.

What I find interesting is that the leftists conveniently ignore the tyranny of indentured servitude which was really white slavery. They also ignore the constant raids to capture whites for slavery – whites brought a higher price in the African and mid-eastern slave markets. The numbers of whites captured for slavery has been estimated to be in tens of millions and the number of indentured in America about 700,000.

Two UN airplanes loaded with men in military gear and labeled police landed in Canada yesterday. Quite obvious that Trudeau plans to cement his coup with the backing of oversees mercenaries. By the way, trolls, you might want to look closely at your stance —

[T]he useful idiots, the leftists who are idealistically believing in the beauty of the Soviet socialist or Communist or whatever system, when they get disillusioned, they become the worst enemies. Thatâ€™s why my KGB instructors specifically made the point: never bother with leftists. Forget about these political prostitutes. Aim higher. […] They serve a purpose only at the stage of destabilization of a nation. For example, your leftists in the United States: all these professors and all these beautiful civil rights defenders. They are instrumental in the process of the subversion only to destabilize a nation. When their job is completed, they are not needed any more. They know too much. Some of them, when they get disillusioned, when they see that Marxist-Leninists come to powerâ€”obviously they get offendedâ€”they think that they will come to power. That will never happen, of course. They will be lined up against the wall and shot. Yuri Bezmenov

RCMP a on horseback trample woman on mobility scooter. Reports have her dying of the injuries inflicted. The tyrant is now a murderer

Elder woman associated with one of the indigenous tribes ended up in the hospital with a broken collar bone – she was fortunate.

Dr. David Martin believes he knows the “real reason” why Trudeau won’t give in: “Canada controls the mRNA vaccine platform and was destined to become enriched by both Moderna and Pfizer’s partnership with BioNTech. Trudeau knew that the gene therapy being promoted as a’ vaccine’ was an economic win for Canada and therefore Trudeau’s Canada had the monopoly on the world’s adoption of mRNA gene therapy shots. He wasn’t promoting science, [;] he was promoting the Canadian economic interest in the gene therapy illegally promoted as a vaccine.” From the Stew Peters show.
I don’t know if this allegation is true. If it is, I wonder if Trudeau is also being enriched.

The video of Trudeau saying exactly those things has been played numerous times on various news programs. BLM starts with protest and and ends with riot, looting and murder. Obviously, they are your political allies.

I find it interesting that Trudeau and his gestapho somehow think that arresting truckers and confiscating rigs will end well. Truckers have one final card to play – nothing moves. Since a standing protest led to tyranny, how about one moving like molasses in winter. Imagine driving on the DC beltway at 15 mph.

yep, and how about we impound their trucks and toss their butts in jail?

I hope you put all the truckers in Jail and impound all the rigs. And then try to move any goods by road. You are about the dumbest individual possible. Not a intelligent thought to be had.

The charity website is givesendgo not give and go.

â€œThe people rule â€“ and the government exists to enhance life, liberty and the pursuit of happiness for the people. Anything less is unacceptable.â€

Unless the â€œanything lessâ€ applied to anybody but a white heterosexual male, of courseâ€¦

I would think by this time you would begin to understand tyranny. Sadly, you still play the old and worn out race card.

I do indeed understand that the â€œFounders of the American Republicâ€ that you so love to cite as your inspiration were indeed tyrants to a majority of the American population.

Exactly backwards but that is your ignorance on display. The founders were hunted by the English tyrants.

And turned around and hunted fellow human beings if they tried to free themselves from their overlords. They denied property and representation to the majority of Americans. They were also tyrants.

And the black African tribes raided the lesser tribes and enslaved them – and then sold them in the slave markets run by muslims.. And the muslims of the mid-east sold slaves to both the west and the east – and some still do today. And the slave traders raided not only Africa but southern Europe and even up into Britain. But, of course, they aren’t tyrants just oppressed racists.

Oh, the word slave comes from Slav, an eastern European community of individuals.

You donâ€™t hold black African tribes or muslims in the mid-east as non-tyrannical heroes of freedom and a just system of government yet you do American founders who did the same. I, however, am comfortable labeling anybody who sold another into slavery or kept human beings as property (and especially those who designed a system of government that allowed slavery) as tyrannical. Now on to the tyrannical treatment of native Americans, women, homosexuals, etc. The only Americans not treated as (at best) second class â€œcitizensâ€ were the white male tyrants who supposedly made America a land of freedom from tyranny.

Your basic problem is you only hold whites as tyrants. Tyranny isnâ€™t based on race it is based on power. Why is it that you excuse the current enslavement of Africans in the mid-east but still hold on to condemn that which happened about 150 years ago. Frankly, the only realistic answer is you hate america – and that hatred enslaves you every second. When the tyranny of your radical,leftist buddies comes, you will be saying you didnâ€™t know. Well, you have been warned repeatedly.

â€œWhy is it that you excuse the current enslavement of Africans in the mid-east but still hold on to condemn that which happened about 150 years ago.â€

A. I donâ€™t. As I said, I condemn anybody who enslaved another human being. Period. You are the one not just ignores but lauds those who not only enslaved others but also treated the majority of Americans as second class citizens.

B. The tyrannical system of freedom for some (white male heterosexuals) but not others did not end 150 years ago. In some ways it continues today.