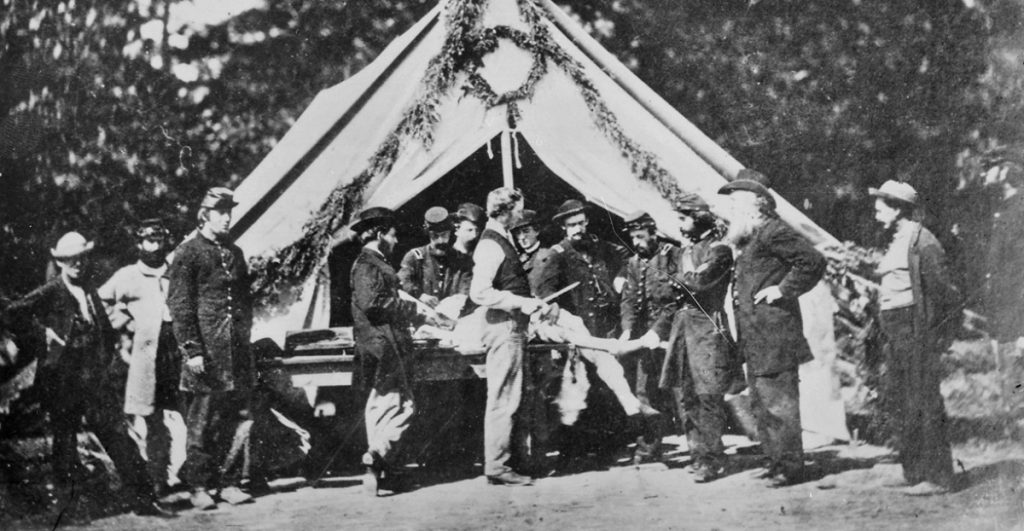 As the reparations issue heats up across the country — Congressional Democrats are considering forming a commission on reparations, reports the New York Times — it’s just a matter of time before the divisive debate comes to Virginia. The Old Dominion, after all, was a slave state and a segregationist state. We have a history of racism and discrimination to grapple with that, say, Minnesota or New Hampshire do not.

Personally, I find the idea of holding individuals accountable for long-ago sins committed by members of the same race to be a moral obscenity. But as an amateur historian, I find the debate fascinating. The controversy should dredge up loads of intriguing material as Americans trace the impact of slavery and segregation and the efforts to ameliorate that impact.

Here is a study that you won’t hear cited by the reparations brigade: “The Impact of a Wartime Health Shock on the Postwar Socioeconomic Status and Mortality of Union Army Veterans and their Children.” The authors did not research the paper with reparations in mind. Rather, they were tracing the impact of disability on earnings and wealth in an economy dominated by farming and manual labor. But the findings bear upon the reparations debate. In any moral reckoning over the legacy of slavery, one must consider that 620,000 soldiers died from combat, disease and other causes in the Civil War. Even if we assign zero value to the deaths of Confederate soldiers in the war to end slavery, surely we must take into account the loss of 360,000 Union soldiers (who were, for purposes of the reparations debate, overwhelmingly white).

A central issue in the reparations debate is how much money should be paid to the descendants of slaves. According to Newsweek, estimates range from $6 trillion to $14 trillion, usually based upon calculations of the slaves’ lost wages and other economic damages incurred. But if society as a whole is to be held accountable for these losses, then any moral reckoning would have to take into account what society has already paid in. I am confident that the reparations estimates cited by Newsweek do not account for the economic value of 360,000 Union soldiers’ lost lives.

Those calculations certainly do not take into account lost income due to war wounds, many of which were debilitating. Based on a sample of 39,000 Union Army veterans, the authors of “The Impact of a Civil War Health Shock” found that 21% suffered from non-mortal wounds. Nineteen percent were discharged from the Army for disability. Among those who survived until 1900, 3% were amputees. (According to other sources, an estimated three-quarters of the estimated 60,000 known Civil War surgeries were amputations.)

In an economy built largely around manual labor, disabilities translated into lost income and wealth. “Wounds reduced median wealth holdings by 24% among younger veterans and by 35% among older veterans, controlling for age and enlistment characteristics,” the study says. Income and wealth losses were less for younger men, the authors theorize, because they were better able to adapt by changing occupations. Many became laborers. (Presumably, the occupation of laborer was less physically demanding than that of farmer.)

The negative effects were felt in the next generation. States the study:

I dispute the moral premise that contemporary “society” — including Americans of Italian, Jewish, Swedish, or Scotch-Irish Appalachian descent whose ancestors never owned slaves — should be held responsible for slaves’ lost wages and other sufferings. But if we accept that premise of holding “society” responsible, any honest accounting will consider the extent to which “society” has already repaid its debt.