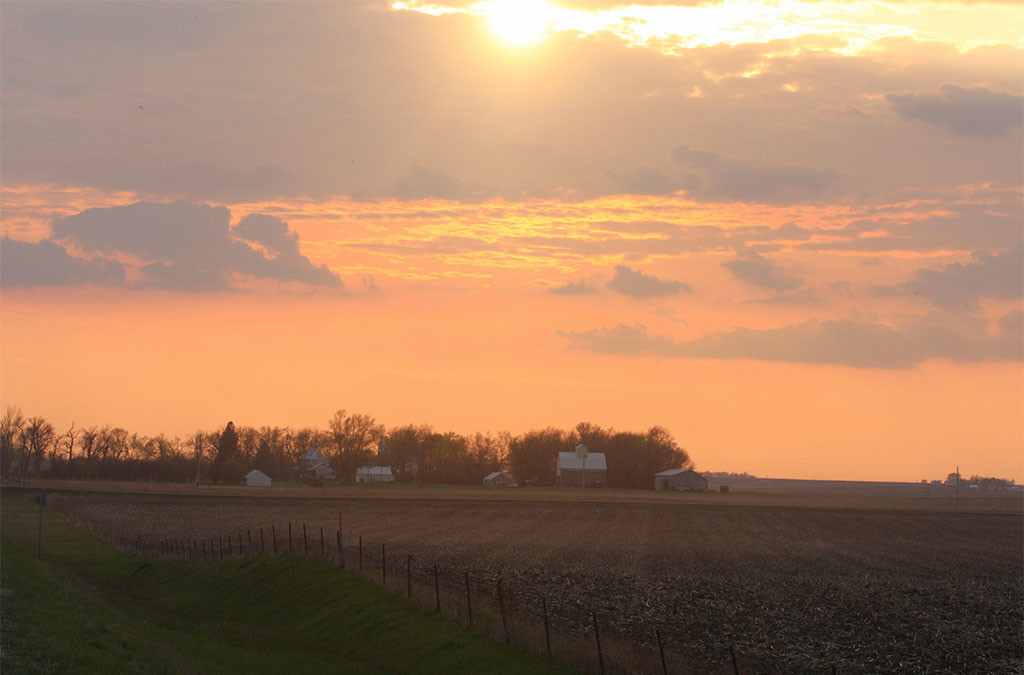 In violation of our Constitution.  (You haven’t forgotten Amendment IV in the Bill of Rights, have you?)

What are they doing?

Currently, the FDA, via regulation 21 C.F.R. Part 112, has the authority to inspect a long list of farm produce for contamination, including mixed fruits.  Not all farms are covered; produce farms that have revenue of less than $25,000 per year are exempt, for example.

This bill also gives the Commonwealth the same authority.

The patron of SB1195, Senator Richard Stuart (R-Stafford), said on the floor of the Senate Wednesday that no one else on his Agriculture and Natural Resources Committee wanted to carry the bill so, as Chairmain of that committee, “he had to do it.”  He said that “no one wants to carry a bill like this,” and that it was time for Virginia had to come into compliance with federal law.  He said farmers were asking him to help put the state in charge of inspections instead of federal agents.

No one wants bad food – we have all heard of contaminated strawberries, lettuce and other produce.  Further, any rational person would likely prefer a state inspector to a federal inspector.

So, what’s the fuss?

* If this bill also passes in the House and the Governor signs it, both federal agents and state agents will have “free access at all reasonable hours” to inspect certain produce farms. Free access to anywhere they think “bad” produce is being hidden? Who determines what is “reasonable”?  They are “authorized at all times to seize, take possession of, condemn, destroy, or require the destruction of any covered produce on a farm [in violation].”

* This bill provides for a civil penalty not to exceed $1,000 per violation. In determining the amount of civil penalty, the “Board shall give due consideration to” history, seriousness and “the demonstrated good faith of the person charged in attempting to achieve compliance with this chapter after being notified of the violation.”  Note to our farmer friends – the inspection would not be a good time to express your displeasure with this process – it will cost you money to complain.  Whoever heard of such a thing?

* This bill says that, “The Commissioner shall have free access at all reasonable hours to any farm for the purpose of (i) inspecting such farm to determine if any provision of this chapter or 21 C.F.R. Part 112 is being violated.” Part 112 applies to a lot more than produce.  It also applies to agricultural water, equipment, tools and sanitation, and domesticated and wild animals among other things.

The Feds are willing to provide money for us to do these inspections – I heard an amount of $3 million, but there is one good thing in this bill.  It says that if the federal funds expire, the programs ceases.  I like that.

For the first time in ages, we have reason to hope that federal regulations will be eliminated or eased.  Why does this have to be done now?  Wouldn’t it be smarter to wait to see what changes are made in federal regulations before we start doing the Fed’s job?

We did have a bi-partisan vote against this bill today.  Please THANK the Senators who refused to give up our constitutional rights:  Black, Chase, Deeds, Dunnavant, McDougle, Newman, Norment, Peake, Petersen, Reeves, Stanley, Sturtevant, Suetterlein, Vogel, and Wagner.

If your Senator isn’t on this list, you might want to ask them what they were thinking when they voted to violate the property rights of farmers.  Who’s next?  How many more ways will the government think of to inspect our private property without a search warrant?  You know they just want to protect you.

There is no companion House bill – guess they couldn’t find a Delegate to carry it. Now, let’s kill SB1195 in the House.

Susan Lascolette is a long-time conservative and Tea Party activist from the Virginia's Seventh Congressional District. An original "Brat Pack" member from 2014, Susan subsequently became elected to the Republican Party of Virginia State Central Committee in 2016. The views expressed here are her own, and do not necessarily reflect those of her colleagues.