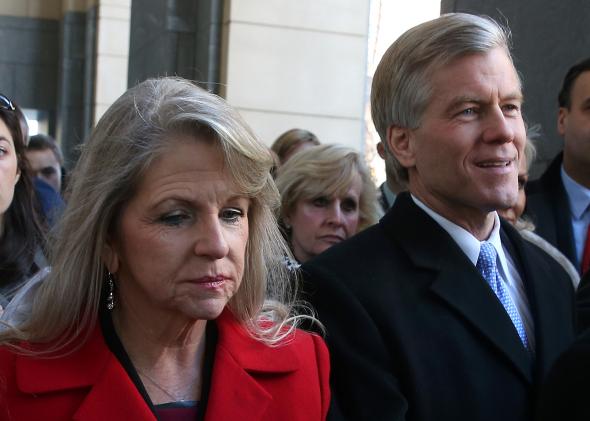 Was McDonnell a “Convincing Chump”?

And so the first criminal case in history against a Virginia governor could come down to this: Does McDonnell, self-professed micromanager and 2012 vice presidential prospect, make a convincing chump?

Fallout—irrespective of the outcome—will predictably include tarring Republicans (for the second election in a row) with McDonnell’s ethical (even if not illegal) lapses. But will it change Virginia government’s operation as a “favor factory“? Not bloody likely…that would require serious ethics reforms no one has shown they have the stomach to make happen.

Was McDonnell a “Convincing Chump”? was last modified: September 1st, 2014 by Chad Ochocinco

Marriage is a sacred bond , it really is not in the same category as managing people. Maybe if the Justice Department understood marriage a little better they would have realized they were really prosecuting a broken marriage rather than a scandalous, outrageous case of government corruption,