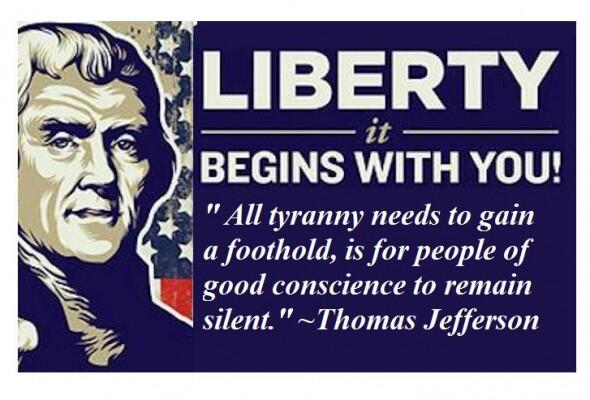 Was There Ever Really a Liberty Movement?

After Iowa in 2012, Ron Paul took his fight for the nomination all the way to the Republican National Convention in Tampa. Rand Paul dropped out two days after his Iowa showing.

The Liberty Movement is a shard of the Tea Party movement that grew out of Ron Paul’s insurgent 2008 presidential campaign, this we all know.  It’s a combination of Old Right foreign policy, strict constitutional adherence, and a concern about monetary policy.

Ron Paul, whose career spanned from Nixon to Obama, made a name for himself on the presidential stage by challenging Rudy Giuliani directly on terrorism in a 2007 debate.  From that moment came a movement that has somehow existed both inside and outside the Republican Party simultaneously.  Also what came with it was a dedicated group of young supporters that, in 2010, elected libertarian devotee Justin Amash to the House of Representatives in Michigan, and Ron’s son Rand to the US Senate in Kentucky.  Liberty candidates rode the greater anti-establishment, anti-Washington, and anti-Obama  Tea Party wave in 2010 to victory.

In 2012, Ron Paul once again ran for president and this is where our story really begins.  While Rick Santorum is considered the second-place finisher in a lot of media narratives, the real second place finisher was Ron Paul.  He fought tooth and nail from caucus state to caucus state and earned an impressive showing.  After 2012, his endorsement mattered.

His first campaign morphed into the Campaign for Liberty, an organization that today still works for libertarian Republican principles.  The elder Paul’s ability to attract young voters caught the eye of many, who began to suggest Republicans come to grips with some of Paul’s philosophy as a way to broaden the party.  The House Freedom caucus in Washington has become a vehicle of power for former Paul acolytes like Amash, Massie, Randy Weber and others that Paul has supported.  His son is part of a rump group of constitutionalists with the likes Mike Lee and Ted Cruz in the Senate.

As we approached this presidential contest, hordes of supporters flocked to Rand Paul’s presidential announcement.  Polls had him strong.  The press began to hail a new kind of Republican who could help the party reach out to minorities and soften some of the harder edges of the Party’s recent past in both foreign policy and criminal justice.  With Rand Paul, the Revolution was about to become a real movement.

So what happened?  I’ve been spitballing this “libertarian moment” many claimed the GOP was entering with Paul (and to a lesser extent, Cruz) running for president.  Paul’s presidential campaign was an immense failure and the blame within the liberty movement has been divided.  Some feel Rand ran away from the core of his father’s beliefs, infamously epitomized by Paul signing the Tom Cotton Letter to Iran.  He seemed to be trying to convince libertarians they needed to be more Republican rather than Republicans needing to be more libertarian.  Some feel Ted Cruz, Ben Carson, and Donald Trump charismatically usurped the anti-establishment energy from the more dour Kentucky senator.  Others point to money, that he couldn’t compete with the establishment checkbooks being opened for Jeb Bush, among others.  Paul himself lacked the charisma and dynamism of his competitors.

But, the Liberty Movement was never really a movement to begin with.  It’s reputation was stronger than it’s actual size and ability.  We saw this with Rand’s Iowa bluff, telling the world his new young voters would bring him to glory.  It failed.

For the last three years the Liberty Movement has been punching far above its weight.  Most of this is due to the unusual circumstances around Ron Paul’s very strong 2012 campaign.  2012 is probably the weakest Republican field ever to run for president.  The frontrunner was the originator of Obamacare (by another name), the early Iowa favorite was Michele Bachmann (!!!) and the “second place” finisher, Rick Santorum, had lost his reelection in spectacular fashion six years earlier.  The South Carolina winner at one point took a cruise in during the campaign.  Despite Paul’s controversial history within the party, he began to attract a lot of support from people who were not libertarian but were anti-establishment.  The 2016 field, meanwhile, is one of the strongest in recent memory.  Anti-establishment tea partiers have found more natural homes in the Cruz, Trump, and Carson campaigns.

The Liberty Movement was really a Ron Paul movement and without Ron Paul, it’s not really a movement anymore.  It was a political insurgency, and like any insurgency, eventually one of the two parties will swallow up its most potent issues.  We have seen Republican candidates talk about auditing the Fed, we’ve seen senators and congressman in the GOP begin to question entangling international interventions and we’ve seen Republicans begin to rethink the party’s past support for harsh drug laws.

In some ways, the success of the issues the Liberty Movement has raised has helped weaken it.  As of now, the Liberty Movement is simply a minority faction within the Republican Party fighting for a seat at the table.  It has elected noble fighters, such as the aforementioned Amash and Massie and Senator Paul, but Rand himself bit off more than he could chew in 2016 and it should be a harsh lesson to all of us who want constitutional liberty, limited government, and true freedom – we aren’t what we think we are.

Now, this might be a downer, but that doesn’t mean it has to stay that way.  The only way to grow now is organically through reasoned debate and action.  Several liberty governors have popped up, most notably Matt Bevin in Kentucky.  We must work now to elect executives to show Americans that the principles of personal freedom, economic liberty, and property rights can bring prosperity to the country.  I think everyone sort of slowed down while Rand Paul was running for president and looking so good early on, as if victory was closer at hand than it actually was.  This is also not to downplay the contributions at a local level of Liberty activists who have joined local and statewide committees to try to open the party to new thinking and new ideas.

Rand’s failure means a true Liberty Movement must get past the name Paul, even if one is still its leader.