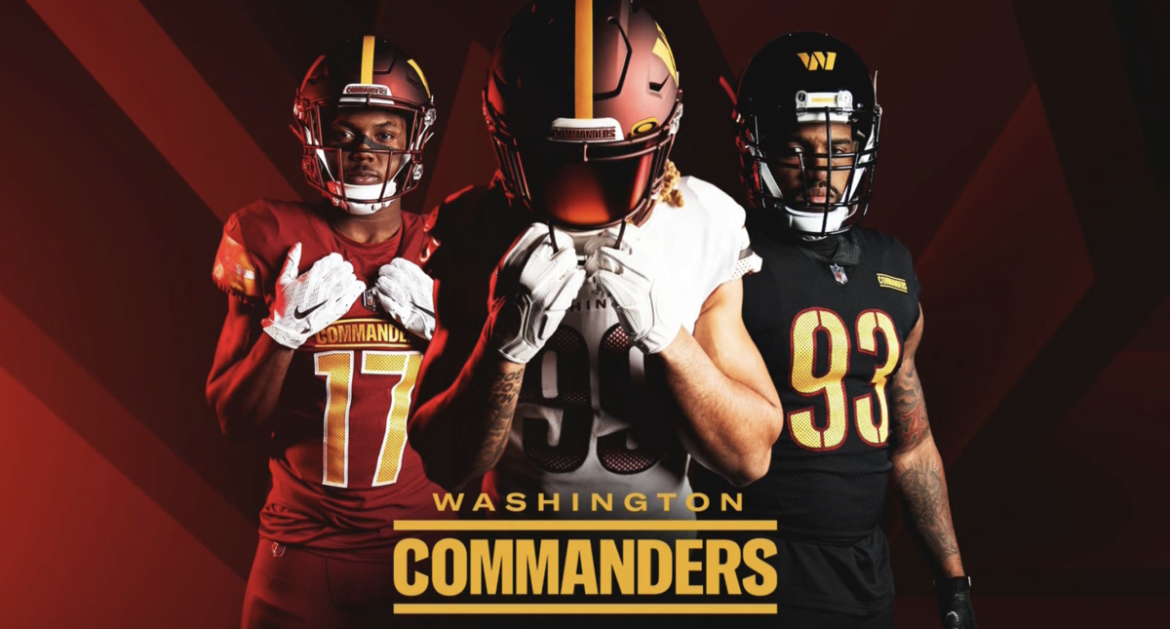 On Sunday Jonathan Allen, a defensive tackle for the Commanders, will wear the new uniform when he plays in the Pro Bowl. He said “The name Commanders is going to mean something special to everybody in the community. We’re going to uphold the legacy.”

In a Patch.com survey of 1,027 Washington football fans, the name Commanders came in third place with 18.1% of the vote. The top vote-getter was the Red Hogs with 37.4% of the vote. Of course team owner Dan Snyder has never cared about the fans.

More on the new name here and here.

Instead of criticizing this illustrious team and city, letâ€™s name them something that will reflect the feelings from certain demographics, and many Democrats, that consequently generate more revenue. The tee shirt and hoodie sales would go through the roof.

How â€˜bout The DC Cop killers?

I still say they should have dropped the burgandy & gold, went red, whit & blue & renamed the team “The Washington Bullets”. It would have been the start of a road of redemption with teh DC sports base for Snyder.
Instead, he’s got the Washington Commies. Somehow perfect for 2022. Well done, Danny Boy. Well done.,

How long before Snyder fleeces the NOVA Swamp for a new stadium? This is the shittiest team in professional sports. However it is the best reflection of the place where it plays in all of sports. It’s skanky… it rips people off… it is owned by a scuzzy turd… just like DC!
Who cares about this team.. its name… or the sport?

Agreed. Fxck emâ€™ all. I will continue to call them by their real name, REDSKINS! The only other name I would will to consider is either Losers or Turds.

Commanders, WTF. I think that used to be the name of a cigarette.

Before the NFL pushed me away two years ago, as a longtime Eagles fan I always referred to the Washington franchise by the far less controvertial and unoffensive name, “The Foreskins”

Not that anything else was expected but what a clusterfuck. They got the damn years wrong in the frigging patch.

Going commando is a new game day tradition. (Not that I wasnâ€™t before anyway 😉

Todays headlines were about all the social media postings congratulating the foot ball teamâ€™s new name.

I think all sports teams should wear Mao suits and be called Comrade. After all, that is what all the anti-American communists and socialists in the Democrat Party want.

Big mistake. Given the amount of scandal they are mired in, they should have held off for a couple more years when they could have gotten a true fresh start. Now, the first thing we are going to think about when we hear Commanders is a toxic corporate culture and a bunch of harassment. Regardless, they already lost most of their few remaining fans when the dropped “Redskins.”

As I’ve said for years, their #1 problem is that they can’t draft a new owner.

Commanders just doesn’t ring the bell. I think the nickname is redskins.

New Coke is considered to be the biggest branding fail of all time. The commanders should end up in the top 5.