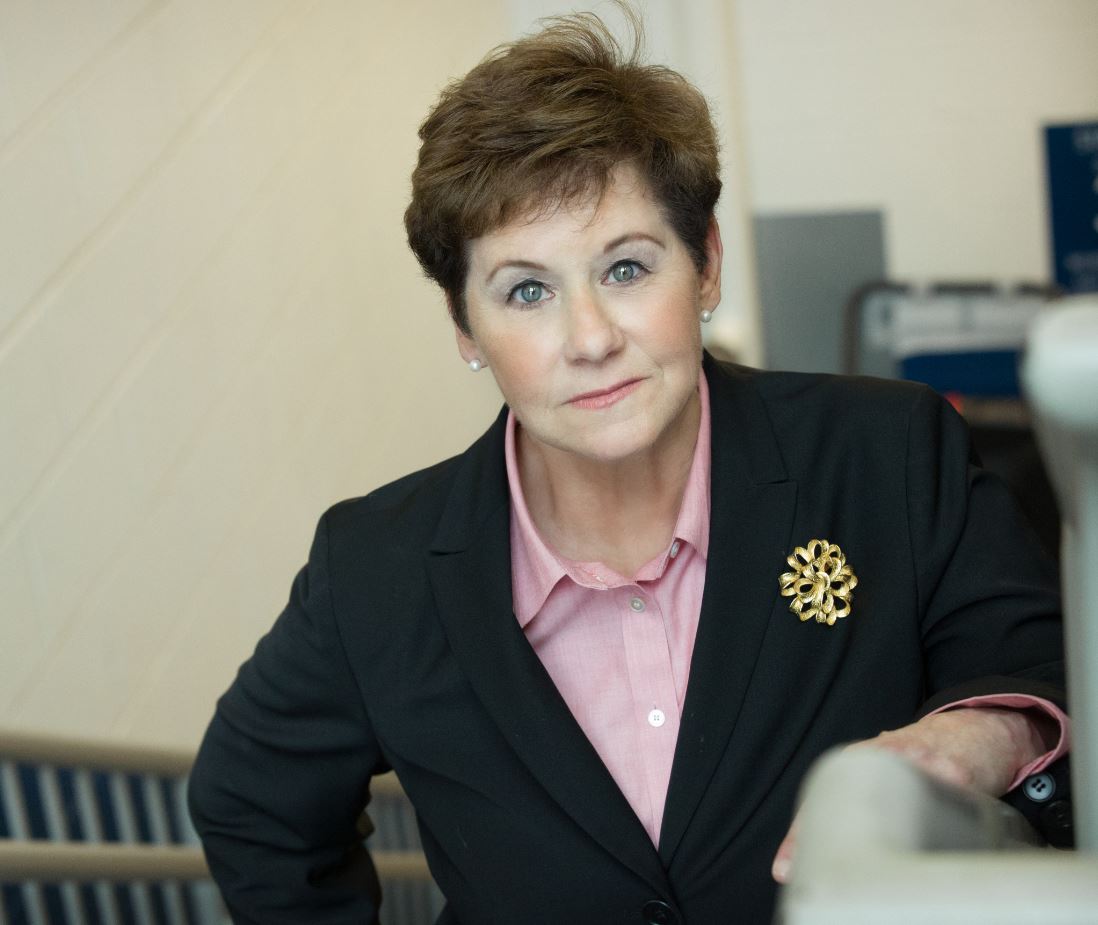 Washington Navy Yard Shooting Survivor: Politicians Are ‘Using Emotions to Drive the Conversation Away from the Real Issue’

Jennifer Bennett was shot by gunman Aaron Alexis at the Washington Navy Yard at the headquarters of the Naval Sea Systems Command in September 2013. She was the only Navy employee to be shot and survive.

The “Washington Navy Yard shooting” left 12 dead, and Bennett, along with three others, injured.

Bennett calls herself a “warrior and a survivor,” and she is using her platform to speak out about her support for the Second Amendment, her faith in God, and our nation’s responsibility to care for our society’s most damaged members.

I had the opportunity to speak to Bennett about her experience and views on what should be done to stop senseless shootings, like the one that left her with an eight-inch scar, a metal plate, and 10 screws that hold her chest and shoulder together.

GPM: What were your views on firearms before the shooting? Have they changed at all?

GPM: You, like the children that participated on March 24th earlier this year at the March for Our Lives, survived a mass shooting. What do you make of their reaction and calls for increased gun control?

Bennett: I don’t think they understand the full topic. I think some of them have unwittingly allowed themselves to be used by the politicos to help divide the nation regarding weapons. I’m not sure they understand the whole question and what comes with it.

The politicians are using emotions to drive a conversation away from the real issue. And the real issue is, how did that person come to the place, within that community, to do that kind of shooting? Did they know this person was broken, and did they do anything about it?

We’re not really addressing the cause. The politicians are using emotions and students as voice pieces, and I’m not sure those students really understand they’re being used.

That’s what emotions do. They remove the ability of people to think logically and rationally and look at the whole depth of the conversation, not that moment. That’s what we’re seeing in our country.

GPM: How have you managed to maintain a rational outlook in the midst of all the emotions you must have felt, and still feel, following the shooting?

Bennett: I don’t put my feet on the floor until I have spent my time with God. And that morning He gave me a hymn. I was humming that hymn. He knew that time was coming for me. And that’s part of His plan for me, and as a person of faith. I was totally trusting Him, because I belong to Him, and that’s His journey for me, and I accept that. So that morning, I was at peace.

When I was in the stairwell looking at the shooter, I was at peace. I knew the presence of God. He’s made me that way. I’m strong. He gave me what I needed to be able to look at the shooter and see, not evil, but see the face of someone who was broken. And I call it God giving me the opportunity to see Aaron Alexis with His eyes, not mine.

What I saw in that man’s face was a broken hopelessness that said, ‘I don’t value myself, and I don’t value anybody else. And I am in torment. I am really broken,’ and for a few moments, he and I just looked at each other. And he was not angry. I saw somebody different, and God allowed me that. And that’s part of my message and purpose going forward. To change the dialogue from ‘It’s the weapon,’ to ‘It’s the person.’ I shrugged my shoulders and looked at him, and he had to make a choice. We all make choices. It was like, ‘OK, you have to make a decision.’ And then Alexis allowed evil to have him. And I watched his face change. And he made a decision and he shot me. My heart broke for him.

I was at a place where God wanted me to be. I’ve never said, ‘Why me?’ And I always say, Why not me? I’ve never cried over that day. I’ve cried over pain. But, I knew God had a purpose for me. So this is what it looks like when you know God has a plan for you. We may not always know what it is, but we have to ask, ‘How do I serve you as I walk through this difficult time?’

What makes me angry is the misuse and abuse of those who want to be in power to divide us as a nation. That is offensive to me.

GPM: Do you think the violence in our country is due to a collective loss of faith?

Bennett: Despite the fact they won’t teach it in history …our country is based on the Judeo-Christian faith. Our founders may not have all been practicing Christians, but the fundamental faith that comes from God and Christ is the founding of our country. And pre-1960s, you can go back and look, the local School Boards allowed Bibles in schools; it was part of who we were as a culture, how we behaved, and where our principles came from. Whether you were a Christian or not, you understood the basic fundamentals of how you behave were based on the laws of the Ten Commandments. And in the 1960s, we watched Madeline Mary O’Hare, through the Supreme Court, which was a liberal court, take God out of school. And you can watch the decline of our society and our culture from that moment on.

When you tell children they’re sludge and just tissue, they’re created from nothing, therefore they have no purpose, and when you kill a child who’s still in the womb, you now say, ‘You are valueless.’ So we have to ask ourselves, ‘What are we really teaching our children in school?’ Because now those who have a worldview that is secular, or atheistic … they’re teaching our children there is no value in them and no value in somebody else.

And as we watch society slide, we’re sliding away from value. A person has no value, and so, if you can kill a baby, what’s the difference in the law when a person kills a woman who’s pregnant, and they get charged with two deaths? But yet, someone can make a “choice” and kill a baby [through abortion], and that’s fine? There’s no logic. Society is sliding away from faith, because we stopped making faith part of who we are as a people from pre-school all the way up. And we’re imploding. And the question for the faithful is, where are you? Why are you letting them do that? Why are you silent? The faithful are guilty. The question for us is, ‘When will we say enough?’

Every person God has made the same. We want people to see us, and we want to be known to someone and say, ‘I’m important. I have value, and I’m bringing value to the people around me.’ A mentally ill person loses the ability to say that – and if we as a people don’t value them enough to say, ‘Let me get involved, let me help you,’ then we’re accountable. We’re accountable to those people struggling. And where do those people in our society go? Aaron Alexis went to the VA four times, and they just handed him pills. He is evidence, as is the Florida shooter, back through Columbine. Just pick ‘em. This is mental illness walking.

So the politicians on the liberal side say, ‘Well, the solution is to make it really hard to have access to a weapon, and oh by the way, we’ll take it away from everyone because we don’t know who’s mentally ill, so we’ll just control it.’

Well, that’s coming right out of the fascist/socialist playbook. Take away the weapons. You first take their weapons and their ability to protect themselves from their own leaders, and that’s what our Founding Fathers warned. That was the whole point of the Second Amendment. You have to be able to protect yourself from those who are ruling over you should they become so powerful.

First you eliminate God, then you eliminate weapons, then you own society. And that’s where we’re going. So we have to stop this emotional conversation, and we need to say, ‘What’s really the problem?’ It’s not the weapon. It’s the use of the weapon.

Teresa Mull is editor of Gunpowder Magazine. Contact her at [email protected].

Teresa Mull is editor of Gunpowder Magazine. Contact her at [email protected]