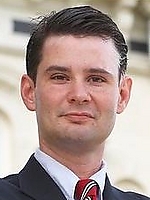 If you’ve been following online the 10th District Congressional race, you will have noticed a so-called “oppo research” packet that was released on Del. Barbara Comstock, the leading candidate to succeed retiring Rep. Frank Wolf. This 19-page packet was first published by the Daily Caller two days ago.

Before examining the contents of the packet and its bundle of allegations and insinuations about Comstock (more about that in a later post), if you’ve been around the block once or twice in these situations, you know that these kinds of things tend to be unfair smears. Experienced observers know that these things tend to be full of exaggerations, sprinkled with outright falsehoods, dressed up with lots of citations that don’t directly support the contentions that are made—all in an effort to give willing allies some sort of published “evidence” to cite in attacking the intended target.

So, starting out with that initial bit of skepticism, it can only be heightened when it is revealed that the “research” is being spread through a campaign of “sock puppetry.” For those unfamiliar with that term, here’s how Wikipedia defines it:

A sockpuppet is an online identity used for purposes of deception. The term—a reference to the manipulation of a simple hand puppet made from a sock—originally referred to a false identity assumed by a member of an internet community who spoke to, or about, himself while pretending to be another person. The term now includes other misleading uses of online identities, such as those created to praise, defend or support a person or organization, or to circumvent a suspension or ban from a website. A significant difference between the use of a pseudonym and the creation of a sockpuppet is that the sockpuppet poses as an independent third-party unaffiliated with the puppeteer. Many online communities attempt to block sockpuppets.

In this case, the sock puppetry is being led by someone known alternatively as Scott Weinberg or Jonathan Weinberg, who in the comments section of another post on The Bull Elephant has identified himself as press secretary for the Wasinger campaign. Mr. Weinberg (if that is indeed who he is) has spread the “research” on Comstock using a number of different identities. The Bull Elephant has recorded at least six different identities being used by Mr. Weinberg, all with different email addresses.

The Wasinger campaign is apparently unfamiliar with the technology prevalent in the 21st Century. You see, as Shaun Kenny makes abundantly clear on Bearing Drift, we have tools at our disposal to uncover sock puppeteers. And, as Shaun found, so did the people in Kansas, where Wasinger last ran for Congress in 2010.

But, lest one is tempted to think this kind of deception is just the work of one campaign staffer, we should point out that technology leaves all kinds of trails, not just IP addresses and internet histories. In this case, the trail leads right to the top, to Wasinger himself.

As reported widely when Wasinger announced his latest bid for Congress, he resigned his position as Chief of Staff for Rep. Kerry Bentivolio (R-MI) in order to focus on his run. So, it is intensely curious that when one closely examines the .pdf version of the Comstock “research” dossier, it points to having been created by a member of Bentivolio’s staff, Carl Paulus. Paulus, who until a few days ago worked under Wasinger as a Senior Legislative Assistant to Rep. Bentivolio, has his fingerprints all over the “research” published by the Daily Caller. 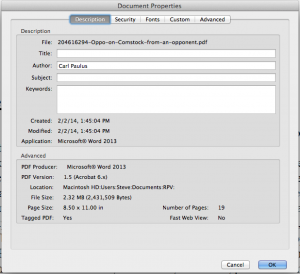 This kind of juvenile politics has no place in Virginia, and is not what the voters of the 10th District deserve. To Rob Wasinger, if you truly wish to appeal to 10th District Republicans, and to represent all citizens of the district in Congress, you need to apologize for this nonsense now. If you’re not prepared to man up on this, you’re not prepared to be a Member of Congress.