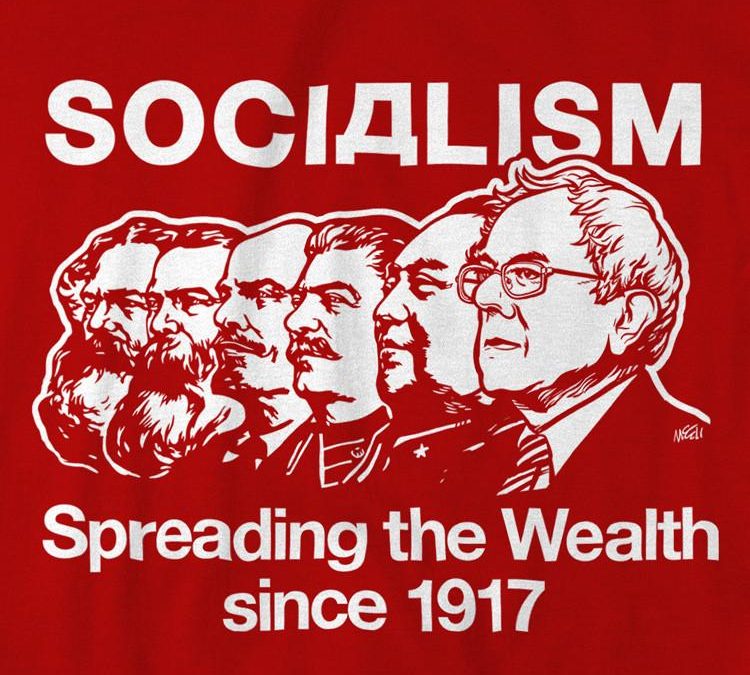 “We Are Serving the Working People”

It appears that America’s youth are turning collectivist and the ranks are swelling by the day with help from the accommodating indoctrinators called educators and Howard Zinn’s textbooks bastardizing history and Common Core standards of lower education now nine years old and covering most of America’s schools. Academics have taken a back seat to progressive activism 101.

Old progressives, simmering and stewing for the decades, and their young converts are working feverishly to squelch Individual freedom, private property, and limited government. They used to be the tenets of our society but now, the generations attached at the hip to their blue light electronic devices, provided by free market capitalism, have decided that socialism suits them better. Social Democrats, as they call themselves now, have promised so many phony pie in the sky freebies that they cannot resist the urge to fundamentally transform their parents’ America which is now passé.

They want economic justice, a harmonious society with no strife, prosperity for all, a society in which nobody has to work if they don’t want to. Somehow, in this socialist utopia, everyone has a perfect work ethic and is absolutely altruistic and generous to a fault, giving their time, wealth, success, and money to be spread evenly among the non-producers who just want to chill in their parents’ basements and smoke free marijuana provided by the benevolent state.

In this utopia they learned from their teachers in school, there is no misery, no repression, no materialism, no jails, no death of liberty, just kumbaya equality and free drugs. Except those at the top will be in charge and “serving the working people” just like the politicians of today who are serving the electorate, especially the illegal electorate from terrorist countries inimical to us.

If you ask millennials what kind of society they want to inhabit, according to a 2016 Gallup poll, 44% want to live under socialism. They have no idea what socialism is, cannot define it correctly, but they describe themselves as socialists.

Do they understand that socialism suppresses individuality, forces collectivism, causes mass starvation, imprisons people with divergent ideas in labor camps, herds them off their properties into high rise cinder block apartments, nationalizes all industries, and confiscates all private property and wealth?

To millennials, oppressive regimes, mass starvation, people kept in nation-prisons with borders made of barbed-wire fence are just stories in a textbook nobody believes. Have they had to fear any such oppressive regimes in their lifetimes? To them, it is just old people fearmongering, they call it the “new McCarthyism.”

Their mantra is, let’s just go and embrace more illegals and Muslims in order to show that we are good little socialists and then plaster car bumpers with the meaningless “coexist” stickers when everyone knows how well that is playing out in Africa and the Middle East between Christians and Muslims.

Millennials know-it-alls want what Scandinavian and other European countries have. They have seen in travel brochures that everyone seems happy, have a lot of free time, work much less than Americans, and drugs are free and legal. They don’t understand that these countries allow private property, they had a capitalist foundation, were economically wealthy before they adopted generous welfare for all, and now their governments are socialist in nature. The government does not own the means of production and they are not totalitarian regimes. But their socialist leanings, tolerance, and failed multiculturalism have created unsustainable societies which are now grappling with serious issues of existentialism, threatened by the alien and inimical cultures they’ve invited in and that are now taking over parts of their countries.

The white-washing of socialism cannot be ignored. Venezuela’s situation is slapping millennials in the face if they care to look. Redistribution of wealth and government ownership of the means of production have failed miserably in the Soviet Union and all its communist satellites.

Centralized-government controlled by the Communist Party has not worked because the economic model is not feasible. Look at the latest victims, the population of Venezuela who kept voting socialism until it destroyed their lives. A formerly prosperous nation with huge oil reserves, Venezuelans have chronic shortages of water, toilet paper, diapers, electricity, medicines, food, and other basic staples. It is so bad that people eat garbage and animals from the zoo.

These young Americans have never heard the term “goner” (Dokhodyaga), a hard labor camp slang for a Soviet prisoner “who was so exhausted by work and wasted by disease that he had little time left to live.” Their standard form of address in the labor camp was, “How are you serving?” and the expected answer was, “I serve the working people.” They had copied it from the form of address between officers and men in the Soviet Army. (Alexander Solzhenitsyn, A Day in the Life of Ivan Denisovich, Frederick A. Praeger Publisher, 1963)

The rebranding of “old socialism” as “Democratic socialism” is just an attempt by politicians like Bernie Sanders to browbeat new and young converts to socialism, the same redistributionism of private property and enslavement to the totalitarian state. If we accept it, it will lead to America’s collapse. I should know, I escaped such a failed totalitarian state. The population is still struggling today to rebuild their lives and overcome decades of forced conformity, oppression, and miserable equality.