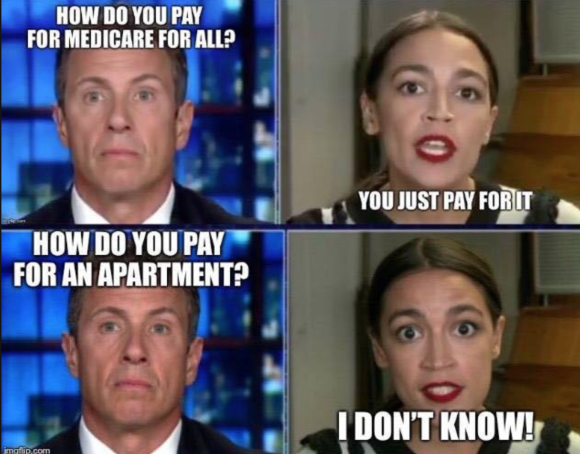 Ms. Alexandria Ocasio-Cortez (AOC) is the poster child masterpiece as being the worst possible kind of women in politics. Yes, there are some other candidates, especially when thinking about term limits.

IMHO, her highly popular public persona will actually work to set back all women in politics. AOC’s actions are going to make it very, very difficult for competent, intelligent and articulate women to be elected to any high office in the future.

Her public appearances, interviews, tweets and social media presence constantly, over and over again, affirm just about every (common but false) negative stereotype ever conjured up about the ‘gentler’ (female) sex:

How is it then that AOC has such a large following; that she is considered to be a feminist hero; that she has such a high profile in the Democrat Party (being touted as an important future leader/seemingly being groomed for high office); that DNC leaders do not reign her in; that she is such a ‘media darling’; that she is always in the spotlight?

Her enthusiastic boastful exuberance — but abject incompetence — continuously on display, totally cements the notion that every pretty, energetic, likable woman in politics is a female who utterly lacks a brain.

SUCH A FALSE IMAGE

That is a false image that absolutely should not be tolerated, promulgated nor celebrated!

We can certainly do better!

With respect to ‘Children’, beware of social media. The best role models are certainly not found in Hollywood, sports and other celebrities — they are found close to home in the family, church and school. Good parents, teachers and friends have the most powerful influence on young people. For day to day living, our young people are subtly and automatically most influenced by those who are closest to them.