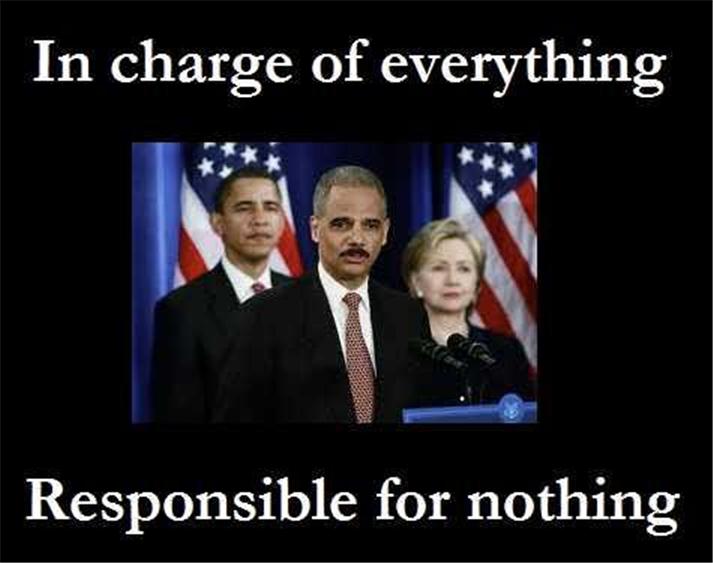 In an article in The Conservative Treehouse, “Operation Condor – How NSA Director Mike Rogers Saved the U.S. from a Massive Constitutional Crisis…”, weaponization of the DOJ and FBI is detailed.  It is an article that addresses the political abuses of what were supposed to be an apolitical mechanism for ensuring that intelligence was appropriately shared after 9/11.  The story of how a number of Obama appointees manipulated this mechanism is probably the greatest, and still unfolding, political scandal in American history.

The Obama administration’s key appointees came from an activist background that was at the most extreme left of the Democrat Party.  Arguably, Obama’s reign constituted a radical socialist takeover of the Democrat Party not unlike what the Tea Party conservatives were attempting to do in the Republican Party.  The difference, however, was that Obama was not interested in the Constitution, but in a grand socialist and globalist political experiment mirroring what is now happening in Western Europe.  Anything and anybody seen as an impediment to this great new world order was considered an enemy.

The names of those involved in the scheme to prevent the election of or bring down President Trump after the election have been in the press almost daily.  Comey, McCabe and Strozok are constantly mentioned, but a new cast of players is being exposed as well.  What is clear at this point is that a combination of political activists associated with Obama, as well as willing high-level bureaucrats, have conspired to misuse the tools of government power to “eliminate a basket of deplorables”.

Weaponization isn’t just for offense but for defense as well.  Thus, you have the installation of a protective screen, an insurance policy so to speak, against Trump.  Further, you have to ask yourself how Hillary Clinton could escape prosecution.  Her abuse of national security alone would have sent almost anyone else to prison – and her fingerprints are being found in other shady places.  (By the way, “Lock her up” isn’t just a slogan, it is a cry to stop continuing injustices.)

Weaponization hasn’t just affected the DOJ, FBI and intelligence agencies.  Throughout the Obama administration’s eight years, the IRS, EPA, and likely every agency of government was directed to attack selected opponents.   The focus was to make their lives as miserable as possible by applying the laws or regulations in spurious ways.  Of note, the corruption goes well beyond what is reported in the news or surmised on various internet blogs.  (The Swamp is filled with social justice crocodiles and assorted politically poisonous snakes.  The ultimate question is how many of these nasty swamp dwellers will actually pay the price for their abuses of the rule of law.  So far, the answer is none.)

There is a race underway to hide Obama’s corruption under the guise of exposing Trump’s corruption.  The Mueller Special Council with its collection of Democrat lawyers and an already impaneled grand jury is desperate to “get something” on Trump or any of his associates.  The Nunes congressional committee, the Grassley senatorial committee, and the DOJ Inspector General appear to be on the other side, trying to expose the weaponization.  Whoever wins the race controls the news and likely the 2018 Congressional election outcome.

You and your colleagues run an informative website that I check on an almost daily basis, though I’m not in agreement with many (none) of your stances on most of the divisive issues of the day. You diminish your credibility, however, when you share space with this gentleman (nincompoop). [Please don’t hit me on the nincompoop, because anyone who writes that “Obama’s reign constituted a radical socialist takeover of the Democrat Party” is a nincompoop]

As for Eric Holder, you might actually might want to do some research into his record. As a judge. Or maybe as an U.S. Attorney when he prosecuted the Democratic chair of the House Ways & Means Committee for corruption. Or maybe as the U.S. Attorney who made D.C. safe again as tough but not stupid.

This screed by Warren is a joke, and you should be ashamed for placing it on your site.

Since you can’t deal with the current reality, you have changed the subject. Your comments about Holder are particularly revealing even though he wasn’t mentioned in Warren’s piece – the only attorney general ever charged with contempt of Congress. (Oh, of course, that was just political and had nothing to do with the chicanery going on in the Justice Department or for that matter State Department.)

By the way, your list of people in paragraph 2 doesn’t really mean much. The primary weaponization came with the DOJ and FBI, and certainly the IRS which admitted as such. As the investigation of corruption spreads and becomes more pointed, you will likely become even more enraged because the reality of the political corruption here is horrific. I suggest you follow the Conservative Treehouse as there is considerably more unpleasantness to come

As far as Obama’s reign, you can try to argue Warren’s analysis is untrue. Maybe you think that the Democrat Party is already socialist and a better version of Bernie Sanders would produce a winning ticket. If so you can argue that Obama was a centrist, but his open borders policies, multiculturalist outlook, and welfare state growth agenda are certainly quite similar to the agendas of the social democracies in Europe who have pushed the EU idea at the expense of their various nations and their peoples. The pushback that is underway across the pond is quite similar to the pushback that Trump represents.

The joke, if there is one, is on you. Unfortunately, it isn’t funny.

Good response. Compare the socialist party platform of Norman Thomas of 1940s to the Obama Democrat platform of today, not much different .

I sense a great deal of fear in the left. They have to strike out whenever they are confronted with even a smidgen of truth. I don’t know who JWS is or what his party affiliation or politics is, but he couldn’t address the subject of an article and had to resort to demeaning comments. Under such circumstances, it is hard for anyone to take him seriously.

By the way, JWS wants us to ignore that Hillary ran as a progressive (socialist with a velvet glove to hide her intentions) and Bernie ran as an out and out socialist (a socialist willing to use any means.) Obama is clearly in the socialist camp as he consistently ignored the Constitution and rule of law – and said so. The entire DACA debacle is an example of how Obama simply ignored the immigration laws in place.

Here is a portion of an article that makes Dr. Warren’s point about the Obama administration. You can try to hide, distort and attack the truth, but eventually it comes to the fore.

I do not understand how living in a country with its democracy established over 200 years ago, and now, for the first time in history, suddenly we have one of our former presidents set up a group called “Organizing for Action” (OFA).

OFA is 30,000+ strong and working to disrupt everything that our current president’s administration is trying to do. This organization goes against our Democracy, and it is an operation that will destroy our way of governing. It goes against our Constitution, our laws, and the processes established over 200 years ago. If it is allowed to proceed then we will be living in chaos very much like third world countries are run. What good is it to have an established government if it is not going to be respected and allowed to follow our laws?

If you had an army some 30,000 strong and a court system stacked over the decades with judges who would allow you to break the laws, how much damage could you do to a country? We are about to find out in America!

Our ex-president said he was going to stay involved through community organizing and speak out on the issues and that appears to be one post-administration promise he intends to keep. He has moved many of his administration’s top dogs over to Organizing for Action.

OFA is behind the strategic and tactical implementation of the resistance to the Trump Administration that we are seeing across America, and politically active courts are providing the leverage for this revolution.

OFA members were propped up by the ex-president’s message from the shadows: “Organizing is the building block of everything great we have accomplished Organizers around the country are fighting for change in their communities and OFA is one of the groups on the front lines. Commit to this work in 2017 and beyond.”

OFA’s website says it obtained its “digital” assets from the ex-president’s re-election effort and that he inspired the movement. In short, it is the shadow government organization aimed at resisting and tearing down the Constitutional Republic we know as AMERICA.