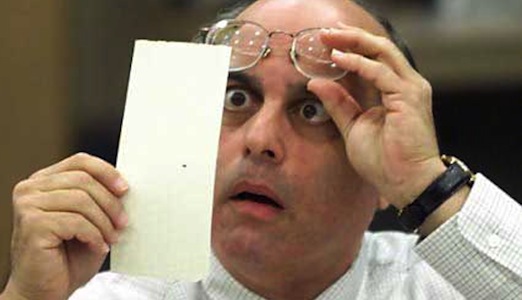 According to some, Mark Warner underperformed. According to others, Ed Gillespie exceeded expectations. Either way, the Virginia Senate race appears potentially headed to a Recount. [read_more] 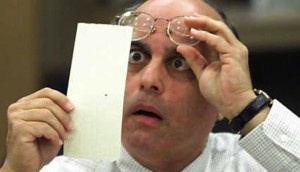 First of all, congratulations to Ed Gillespie, his team, and the G-Force on finishing so strong! The campaign was nearly flawlessly executed (a minor exception being not anticipating and getting in front of news reports that Ed had withdrawn his ad buys just a few weeks out from the election). The strategy of staying below the opposition’s radar seemed to me, several weeks ago, to be a brilliant recognition of the realities of the very un-level playing field. You guys did a great job, and deserve to be applauded for flexing the Republican muscle in a way that surprised almost everyone.

Almost all observers never predicted Ed Gillespie would even come close to beating Mark Warner last night. All but one, if memory serves. So no one really expected that we’d find ourselves now in a similar situation to the days after last year’s close election, when a statewide race was close enough for a recount.

But here we are. As of the writing of this piece, Mark Warner has a roughly 17,000 vote lead over Ed Gillespie, with only a relative handful of precincts statewide not reporting.

This is why, for example, Attorney General candidate Mark Obenshain started out with a majority of the votes in last year’s recount, but finished in second place.

Thus, Ed Gillespie’s 17,000 vote deficit seems an awfully tall mountain to climb. But we’re not yet at the decision point. Undertaking a recount is not a decision to be made lightly, as it entails significant costs to the parties and the taxpayers, and—if you’re a Repubican—yield uncertain results, at best.

But that’s a decision that Ed Gillespie will have to make soon, and one he should resist pressure to make prematurely. Let the canvass process work itself out. We saw enough reporting irregularities tonight to have very little faith that the reported results actually bear a close enough semblance to ultimate reality (e.g., initial reports of 0% of several precincts’ votes being recorded for Gillespie). We should have a clearer picture of the recount playing field by Friday unless, like last year, voters in certain jurisdictions are granted more time to get their acts together. As I said on this topic a year ago:

Not only does this unprecedented and entirely unnecessary departure from the rules constitute tremendous unfairness to other voters around the Commonwealth, it turned what should have been a low-key, objective examination of the facts in accordance with published rules into the opposite: a politically charged zoo that undermines the electorateâ€™s confidence in the uniformity and fairness of the electoral process.

So, I hope Ed and his team have the patience to ensure the choice of the million people who voted for him isn’t discarded without making completely sure there isn’t another viable choice. At the same time, I hope the State Board of Elections this time also ensures that the procedures used to determine the actual, official vote aren’t so flawed that Ed’s choice becomes meaningless.

[…] Click Here To Read The Rest of: Welcome to Recountville. […]

My comment reprint from BearingDrift’s “What Happened?” by Norman Leahy

The recount effort will be largely catharsis in my opinion and might be better spent on some serious self reflection by state leadership on why Virginia and its Republican party yet again seems unable to close the deal even in a midterm environment that was so favorable to them that next door neighbor Maryland actually elected its first Republican governor in fifty years! It is long overdue for a honest reality check and some change implementation if 2016 is going to be anything other then more of the same as cats like Obama, McAuliffe and Warner don’t change their spots.

Maryland elected a Republican Governor in 2003.

Of all the truly contested Senate races Gillespie probably had the hardest challenge.

Your correct I forgot Bob Ehrlich in 2003 but then you have to go back to 1967 and Spiro Agnew to find the next so 2 in 47 plus years as for Gillespie having to face the most difficult election environment that’s an opinion that I just don’t buy much like the Warner polling over the election cycle. Even Sabato thinks they need to investigate that manufactured polling invulnerability baked into the system for the Warner camp.

First up on the “repent” list, stop making excuses.

Cantor and Gillespie were/are rooted in HR 1424, so is Boehner and Ryan. All 91 yea’s in the House and anyone connected to those yea’s are corporate, anti-middle-class, anti-capitalism bastards.

Please, no recounts. I’m upset by such a narrow loss. I keep clicking the “refresh” button on my browser to see if there are any more votes to be counted for Gillespie … but they aren’t there. Gillespie finished with a strong second-place total. He and his campaign should be proud, but it just wasn’t enough.

In politics, the second-place candidate is also known by another term: loser. It’s painful to lose, especially by such a small margin, but it’s even more painful to be a sore loser. I hope that Gillespie concedes today.

Imagine what he could have done if he had party support.

Yes, that’s an excellent point. If the national GOP hadn’t written off Gillespie as a lost cause, he might have actually won on Tuesday. Instead, I get to be represented by Mark “I’m really a Moderate, trust me!” Warner…. 🙁

I’ll agree with what Dave Webster wrote above. Gillespie should wait until all of the votes are counted. The totals are very close, and something might possibly change. Once the canvassing is done, if Warner is still ahead by more than a thousand votes, then I sincerely hope that Gillespie will concede. Recounts are expensive and ugly, and it is highly unlikely that a recount would change the outcome.

A narrow loss is still a loss. Painful, but that’s the way it goes sometimes.

Yea, while you are at it, also imagine how good ObamaCare would be if it had Republican Party support???

Did you copy and paste that from the governor’s election last year?

Party Support= unlimited funding. I haven’t checked, but I heard the spending level between the two was close?

Conservative’s think spending should be capped equally between candidates…. However, the Liberal Repblican’s and Liberal Democrats do not agree.

Stop crying, please, just for one time, stand up and take it like a man Steve????

You should be crying and whining about how many votes these policy’s cost you?

1) HB 2313, the Republican’s largest tax increase in Va. history.
2) A 10% budget increase in Va. over last year’s budget.
3) No answer to healthcare costs, or, anything else for that matter.
4) Corruption in Virginia politics, corruption named McDonnell. Blocking ethics reform in Virginia.
5) Last but by no means least, oilman Bush 43′, the great destroyer of the middle-class. Remember (HR1424) ?

By the way, what Party created Sarvis?

All true. But the biggest problem is nova/Fairfax. Growing numbers of third world immigrants and gov employees up here. Fairfax is controlling the rest of the state. There needs to be a new strategy or maybe any strategy

When it comes to immigration, the Republican’s want illegals for the cheap labor, the Democrats want them for their votes. No secrets here. Don’t see any changes coming here.

So, aren’t you saying that the Republican’s need to figure out a way to get the cheap labor, without the Democrats getting their votes?

And by the way, stoping illegal immigrants needs to start with employer prosecution. But, that cuts into the Republican donors profits, thus the Campaign and PAC cabbage they rely on.

I am, in this instance, focusing on gotv and canvassing efforts for Fairfax. From what I have learned from my inside political friends, the RNC just out and out refused to pour money into nova for Gillespie.
One thing I do know about the FCRC is that they have started a minority outreach group to try and connect with minority business owners, etc in northern Virginia. I applaud their efforts and think we need to support them because this is where the votes are.
As far as national immigration issues I agree with you except my opinion is we need to cut welfare down and cut regulations/corporate taxes to foster job growth. Cut welfare and get American citizens working instead of collecting govn checks. It is not right that our own people are jobless while we let thousands come up here illegally to steal their jobs.

I see subs idizing companies to move over seas as a problem.

I also would like to point out that although we have a high corporate tax rate, that is more that offset by loopholes. These corporations simply do not want to pay any tax, but want to be subsidized without strings,

Lobbyists will be able to stop any changes to the current sweet deal they enjoy.

When do they count the absentee votes?