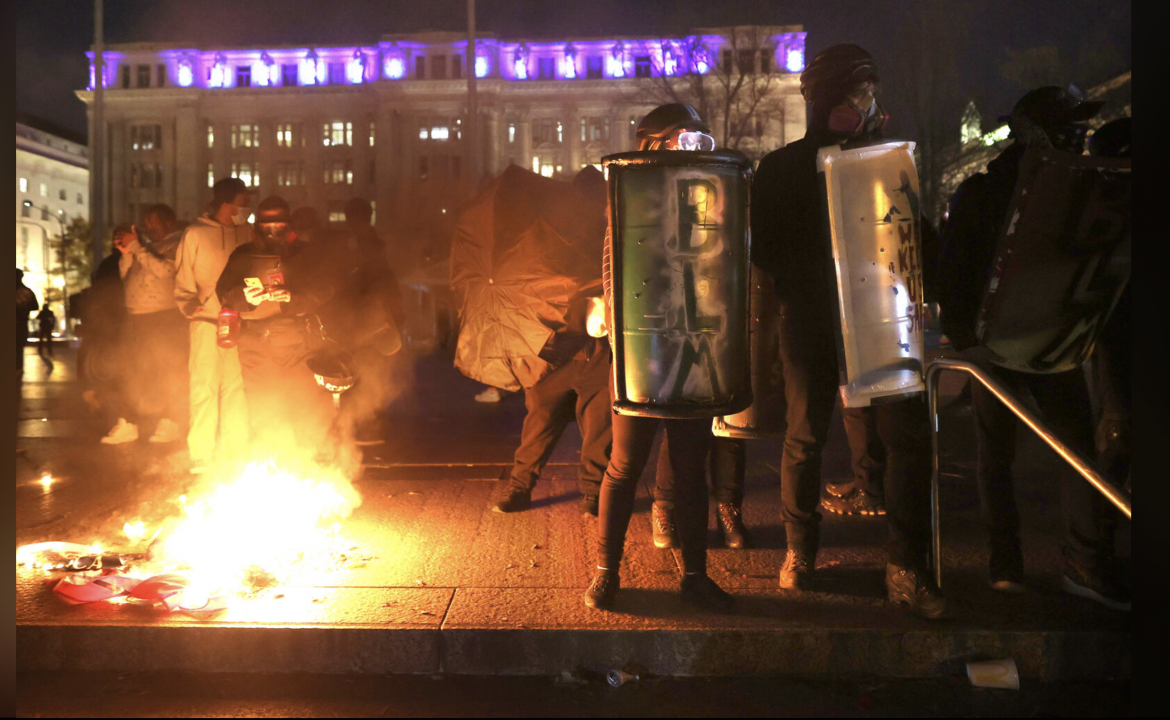 Well, so much for that Olive Branch

Despite Joe Bidenâ€™s frequent calls for unity and healing, the Democratic Party has been preparing for months for the possibility of a Trump reelection with threats of widespread violence and anarchy in our major cities.  Witness the recent actions of Antifa during the recent pro Trump rally in D.C. on 14 Nov. Antifa is the same group that Joe Biden referred to as merely an â€œidea.â€. Unfortunately, many far-left Democrats have now proven to be vengeful and vindictive in their perceived victory as the â€œdeplorablesâ€ they had previously been lecturing on civility.

Even before the election, Robert Reich, a former United States Secretary of Labor under President Obama, declared on Twitter, “When this nightmare is over, we need a Truth and Reconciliation Commission. It would erase Trumpâ€™s lies, comfort those who have been harmed by his hatefulness, and name every official, politician, executive, and media mogul whose greed and cowardice enabled this catastrophe.” If â€œTruth and Reconciliation Commissionsâ€ sound familiar, they are employed in non-democratic places as Rwanda and Chad, where the governmentâ€™s policies must also become yours, even if they have to be beaten into you. Is this any way to mend fences after a contentious election?

Representative Alexandria Ocasio-Cortez is also calling for lists to be kept of Trump supporters so that they can be ostracized and otherwise punished when the election is over. As she recently tweeted, â€œIs anyone archiving these Trump sycophants for when they try to downplay or deny their complicity in the future?â€

Then thereâ€™s Jennifer Rubin, the once conservative Washington Post columnist.  According to Rubin â€œthose who support the president should never be allowed to hold public office, serve on corporate boards, or participate in other avenues of society.â€

The radical Left continues to be egged on by the mainstream Democratic Party and thus given â€œtop cover.â€ This despite repeated warnings from BLM and Antifa that they would resort to violence if they did not get their way politically.  Well before the summer riots began, a Bernie Sanders â€œfield organizerâ€ said that cities would burn if Sanders lost the Democratic nomination (Bernie lost and, yes â€“ cities burned). The same â€œBernie Broâ€ stated that there would be â€œgulagsâ€ for dissidents, which he said would be used to indoctrinate them into believing in communism.

If America is to heal, we must put aside our differences to work together as a nation â€“ regardless of our political affiliation and beliefs.  Threats of recrimination and intimidation do not resolve any of the problems we face as a nation or here in the Valley, nor will they make us better citizens.  The key to repairing our nation is not force or coercion, but heathy dialogue to settle our differences like intelligent adults.

Well, so much for that Olive Branch was last modified: November 15th, 2020 by Guest Contributor James Poplar