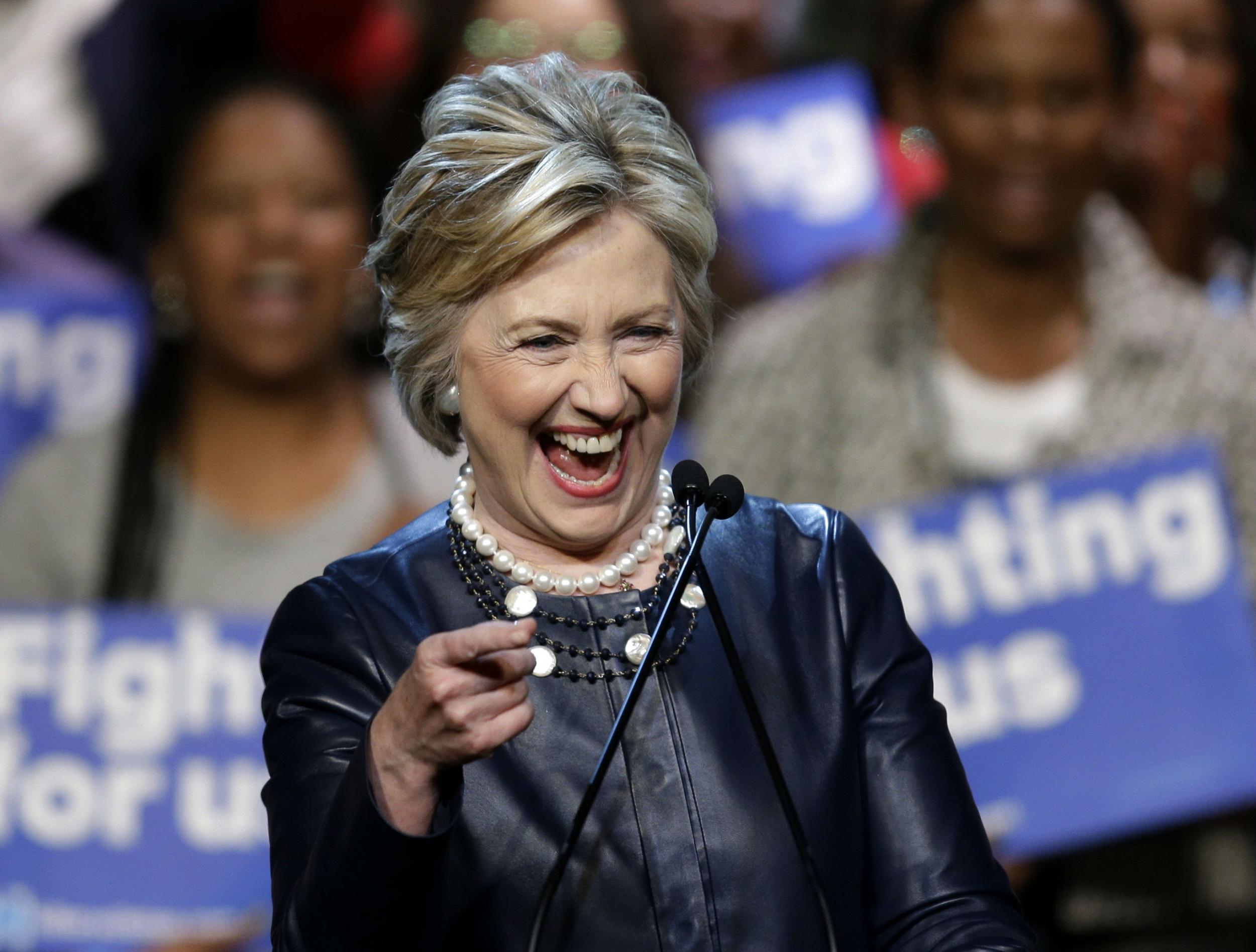 We’re Being Played by the Clintons, Again

Once again we’re being played by the Clintons.  We get our hopes up that this time, finally, this time the Clintons will go down.  This time Hillary will be indicted. Remember when we all thought Bill’s affair with Monica would be his demise in politics? Didn’t happen. He was more popular than ever after that summer and even more popular after his impeachment!  His approval ratings were 65%! Then Republicans grew despondent.  We couldn’t believe it. After all of that, Clinton’s affair in the Oval Office, lying under oath, and Impeachment, the Clintons prevailed and Republicans were left with nothing but bad feelings.  We couldn’t believe the Clintons got away with it.  But why wouldn’t they?  The Clintons always, always, prevail and get away with everything.

The same thing is happening now.  Hillary will not be indicted. We will get our hopes up and just before our convention we will have the rug jerked out from under us. (Republicans are like Lucy and the football.) Hillary will get some minor slap on the wrist, she will say she’s really, really, sorry, and promise to never do it again.

Like Bill, Hillary will become the victim of a vast, right wing, conspiracy that tried to bring her down and she kept her chin up and prevailed through it all!  Is she just grand? Don’t you admire her courage and determination?  That’s how it will be spun and it will work. Her poll numbers will go up. We will go into our convention despondent, dejected, and certain Hillary will also prevail in November because the Clintons always do.  They are bullet proof, nothing can touch them. Scandal after scandal and they sail through every storm, coming out in even better shape than before. Nothing can stop the Clinton machine.

Rush Limbaugh explains it much better than I.  But we can’t fall for it. It’s a set up by the Clintons but we cannot react again with despondency and defeatism.  Just because the Clintons have skated once again does not mean they will prevail in November.  Let’s make Hillary’s lack of an indictment the LAST time the Clintons win.

We’re Being Played by the Clintons, Again was last modified: July 3rd, 2016 by Jeanine Martin

Sometimes I hate it when I’m right……..

I am waiting to see what James Comey has to say…

WikiLeaks released 1,258 more emails based on Irag today. People are saying that these are “new” and are previously “DELETED” emails which the State Department claimed “could not be recovered” for analysis by the FBI… Most likely these came from Guccifer 2.0 Here is the link to WikiLeaks.. Will sit back for a week or so while others check this out. Some people have found what seems to be classified information…

There’s only one reason that Hillary will prevail in November … and we will lose the Supreme Court and the many other agencies of government. His name is Donald Trump.

I think I understand what you are saying. Maybe.

I believe she is saying she will violently overthrow the federal government if her preferred candidate for president does not win. It seems like a plan that most people would find perfectly reasonable.

Much may become perfectly reasonable for some people when it appears the rule of law is NOT the rule in 21st Century America.

Not too many people confuse the concept of “moral law” with either Hillary Clinton or Donald Trump.”

Well those are currently the two candidates to lead this nation. I would say that a great percentage of Americans are confused about the entire concept of America and its principles of law.

Some will recognize the impending state of law and choose to exploit it. Others will realize the new ramifications of the rules of law and step up to fight it. Either way a choice will be made, personally or by others, and we will need to live with it or not.

Moral law? I want the Constitution followed or as allowed #Amerexit and if necessary I support #Stexit
Killary is corrupt she will not govern my family

What is Stexit? You might have more of a following if your communicated a bit more clearly. Are you a teenager? If so, I understand.

Well now you have shown you are rude and ignorant. Your failure to know history and refusal to know present trends makes me wonder what you do know.

Yes WE THE PEOPLE

Ahh history proves it can be done!

Does lll% mean 3% of the population?

The first Revolution was fought and won by only 3% and it is likely that is all that will be willing to fight/die for their Nation this go round. But we will not take it anymore! Armed Patriots whether you call them the 3% or the Militia will defend the Flag and your Liberty. The GOPe is clueless as to how adamemt WE THE PEOPLE are …. you are either with the Constitution or you are not – and they have shown the later time and time again. Eight years to stop hussein and they did nothing. Leaving the Union state by state is allowed you know that S word that keeps getting thrown around … is also an option. Continuing on the current path with killary is not.

Many believe during the American Revolution that the population, consisting of the pros, cons and neutrals, of that, only 3 percent of the pros actually took up arms against the British. Consequently, there is a group in the US that consider themselves “3 percenters”. The genesis of this is a group called the Sipsey Street Irregulars. The Group called the Oath Keepers also support this 3 percent concept. I believe they say that at least three percent of the American public will fight if the gov’t comes for their guns.

I am more worried about the banks, hedge fund manager, CEOs and other 1%ers who are already taking my money that any crazed idea that the govt is coming for my guns. Trump has done nothing to make me think he is different that any other rich, white guy.

Even though your stretch of an association seems to be based on the word “percent,” and your insertion of “worry,” in order to knock Trump and the “blue eyed devils,” the reason of my post was to shed some light on Ms. Martin’s question.
At any rate, I don’t worry about either. I pay a guy ten bucks a week to do all my worrying for me 🙂

Then you all better start getting on board with Trump.

Of course, even that isn’t going to matter. Trump’s election chances are zero, because EVERYONE wanted someone else. Well your someone else is now the Clinton Clan. Enjoy it, you earned it.

BTW, how many federal agents are going to quit over Clinton? I would bet none, because they won’t sacrifice their career for the nation.

It’s not that WE need to get on board with Trump; Trump needs to improve his message and bring more people on board. His polling numbers are horrible with African-Americans, Latinos, and women.

it is not his polling number that are horrible. They only represent the impression he has on people. His whole approach to the country and being a leader is horrible. Don’t blame the polls. Blame Trump