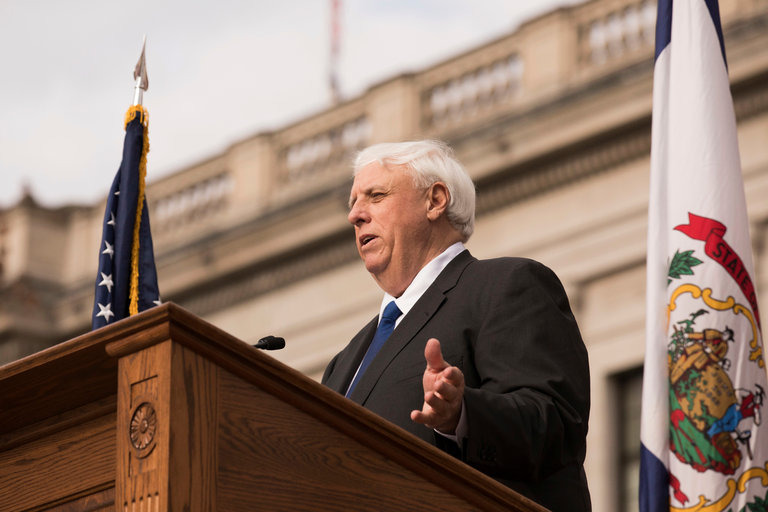 West Virginia Governor will switch parties to become a Republican

West Virginia Governor Jim Justice announced Thursday night at a Trump rally that he is switching parties to become a Republican.  Trump carried West Virginia by 42 points, his biggest win.  (Paging Senator Manchin, please take a hint.) Governor Justice ran last year as a conservative Democrat and refused to endorse Hillary Clinton. This will give the Republican party 32 Governorships, 34 including territories.  Democrats control the Governorship in 15 states, and one independent who votes with them.  Details here.

Under Obama Democrats lost over 1,000 seats across the country.  To summarize, Republicans have the majority in the US House and the Senate, they have the White House, and they control a large majority of state legislatures and Governorships.   Now, let’s use that control!

Maybe a couple of Democrat senators will see the hand writing on the wall and switch or retire.

Here is some hand writing for you to see.

Now, what is funny about all this excitement? Last years Obama numbers in June 2016 were 292,000, and July 255,000. A significant DROP in the number of jobs added under Trump vs. those added under Obama.

Oh, I forgot, Obama’s numbers don’t count because of that line in the movie “Blazing Saddles” when the new sheriff is spotted riding towards town. The guy hollers down to the waiting crowd something like “he’s a n……..”

And they say the media is tilted which way?

OK, he now has an R after his name. But will he govern like an R or a RINO?