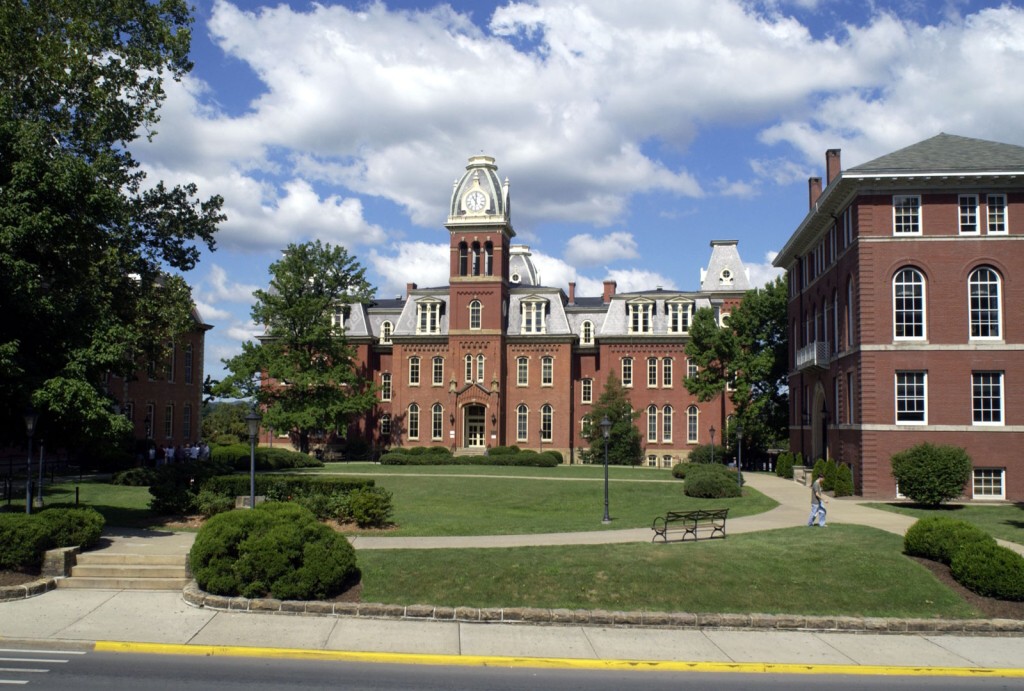 According to West Virginia University using the wrong gender pronoun can result in being charged with a Title IX violation.  Of course Title IX has nothing to do with gender pronouns. It was passed in 1972 to give women equal funding in education and sports programs:

No person in the United States shall, on the basis of sex, be excluded from participation in, be denied the benefits of, or be subjected to discrimination under any education program or activity receiving federal financial assistance.

Now WVU has decided if someone doesn’t call another person by their preferred pronoun, that person will be in violation of Title IX.  The University has decided that the word ‘sex’ in the Title IX law also refers to ‘gender identity’ and ‘gender expression’, (whatever that may be). WVU says students “have the right to be treated according to the gender you identify with.” In order for students to be aware of the proper terms, the university has published this handy-dandy pronoun chart: 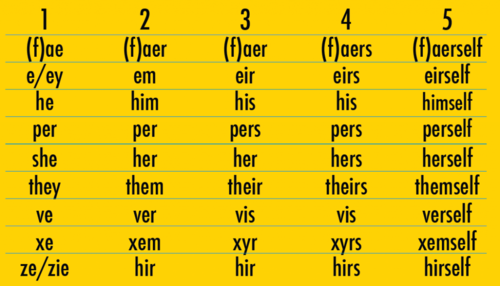 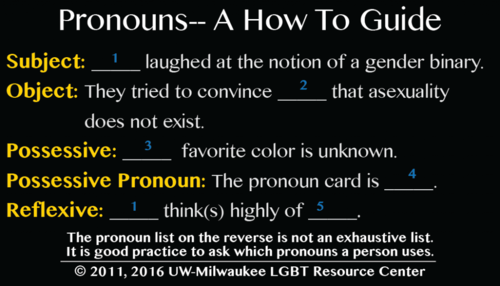 Some people may not want a lot of public attention to their pronouns, while others will appreciate you standing up for them. If someone uses the wrong pronoun for a person who isn’t present, try a brief correction: “I think Sam uses she and her pronouns. And yes, I’m going to her house later too!”
It can be tough to remember pronouns at first. The best solution is to practice! Correct pronoun use is an easy step toward showing respect for people of every gender.

Looks like Morgantown is a long way away from the rest of the state.

Just what is your issue here? That WVU supports the idea that transgenders deserve respect and equal protections or that they see this issue as falling under Title IX? Not sure why you are upset unless you are upset that the school is trying to accommodate all persons regardless of their sex or identify situation.
What do you see as the problem, JM? The use of Title IX in their philosophy or the accommodations they are making for “those” people?

Ok, I get it now. SD stands for Stupid Democrat. Or are you just pretending to be this misguided and ignorant?

avoiding the question? Is is the Title IX piece that angers you or the whole transgender part? I am not a laywer so I don’t have an opinion about the appropriateness of listing this under Titcle IX. I am asking if that is the issue and if so, what about Title IX is wrong here? But you can go ahead and call names all you like.

So, to clarify, it is the idea that someone should expect others to be polite and not call them names that bothers you, not the tie in to title IX? I take it this means you long for the days is was ok to call someone a fag, spic, pollock,retard,..?

They won’t be happy until it’s all ‘Comrade’ all the time.

Sorry, should have said Zhey

are you referring to the little green martians that are running the world? Surely, you are not saying that there is anything wrong here with people respecting others?
Or, perhaps you truly do object to the idea that someone can choose their identity? Does this offend you based on a religious upbringing? Go ahead and say out loud what you are feeling. No need to hide who you are!

I choose to identify gender by chromosome pair, I respect the supporting pronouns.

Yes, I agree, but zhe must think very highly of eirself if ve thinks xyr must all change hirs language this way to avoid offending xem.

I feel sorry for the kids attending that school and parents need to pull their support for this misguided institution.

Seeing as I have freedom of speech, I shall call a pervert a Democrat and anyone with a brain a Republican. Leaves lots of room for Repurat.

This problem can easily be solved. Combine She, he and it and just call everyone S-H-I-T. (I had to hyphenate it for the Disgus censor)