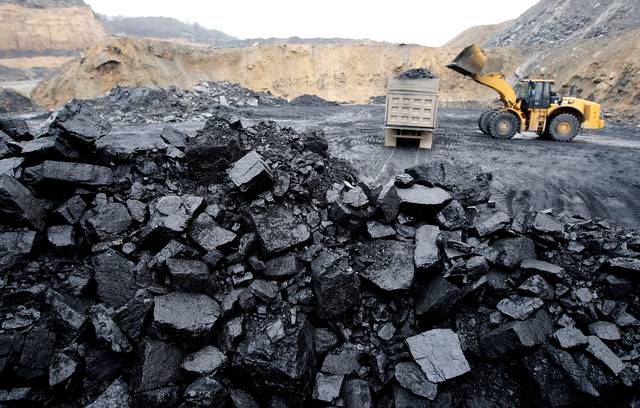 West Virginia vs. the EPA

It is cases such asÂ this whichÂ give credence to the perceived conservative paranoia that the federal government is a tyrannical behemoth bent on devouring the liberties of its citizens.

The Office of the West Virginia Attorney General continues to lead the fight against EPA’s rules regulating carbon dioxide emissions from new and existing coal-fired power plants.Â  As these rulemakings have made clear, EPA is attempting to shut down existing coal-fired power plants and to stop new plants from being built.Â  These rules will cause West Virginia coal miners to lose their jobs and West Virginiansâ€™ electricity bills to skyrocket.Â  EPAâ€™s actions will upset the careful balance of ensuring reliable, affordable electricity while encouraging job growth and responsible protection of the environment.Â  Because EPA’s actions are destructive to West Virginia, the Office of Attorney General is taking every reasonably necessary action to stop them.

Destroying the Coal Industry has been a priority for President Obama since 2008.

According to the Wall Street Journal, the EPA may find it able to destroy an industry, but it has absolutely no ability, nor potential ability, to create industries of alternatives.

At the heart of cooperative federalism is the right of refusalâ€”states must retain the power to opt out of any federal scheme. If that scheme is grounded in a law passed by Congress, the feds can take over and regulate themselves. In this case the EPA has no authority to do anything of the kind.

Even if the CPP explicitly banned coal-fired power, the EPA cannot mandate that states switch to solar panels and wind turbines. The agency can destroy but it cannot create. Here the EPA is expecting that states will undertake the extensive and costly preparation and regulation to compensate for lost carbon power because they have no other choice to keep the lights on. The EPA is happy to let states take responsibility for problems the EPA is creating.

This case between West Virginia and the EPA is paramount to cutting energy costs in this country. Oil costs are likely to continue rising for the next year; piling on by increasing the cost of electricity is profoundly reckless and ill-advised. The EPA has attempted to remain coy about its intentions. President Obama, on the other hand, has not.

The EPA says the CPP is run-of-the-mill pollution regulation, but Mr. Obama held an East Room ceremony calling it historic and the rule is the heart of the U.S. commitment to the Paris climate accord. Both claims canâ€™t be true. The EPA also claims the CPP â€œshows a deep respect for statesâ€™ sovereignty by giving them the opportunity to design an emissions-reduction plan that makes sense for their citizens.â€ In other words, as long as they are willing to suffer, they can suffer in their own way.

Let’s not forget, Hillary has also vowed to continue destroying the coal industry. I hope the Fightin’ Ninth will turn out strong to vote against her and vote for the guy who wants to save their jobs.

The Democrats are trying to destroy health care, energy and education. Whether it’s accidental or intentional, the results are the same. Democrats are awful for our economy.