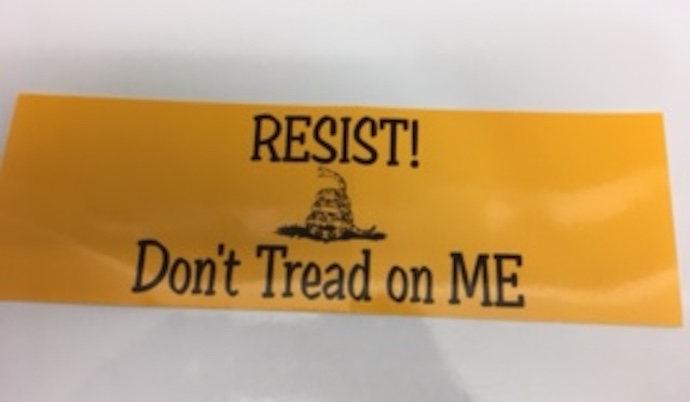 What a long, strange trip itâ€™s been.

Sometimes the lights all shining on me, other times I can barely see. Lately it occurs to me what a long strange trip it’s been.â€
– Jerry Garcia,Â The Grateful Dead

The words of Jerry Garcia are today taking on new meaning for us Tea Partiers. For the seven years we have been working for truly conservative values, the Tea Party Movement has been minimized, marginalized, vilified, denigrated and assaulted. Yet through it all, we have, unlike the paid members of Occupy, again and again risen to our task.

Slowly but surely we have muscled up, put our heads down and turned what was a Democrat majority in the US House and Senate to a Republican majority. Just as significant, we worked with other grass-rooters to increase majorities of governorships from 31 to 33 and to win more than 900 state legislative seats that have switched hands from Democrat to Republican since 2009. Republicans now control both legislative chambers in 32 states, compared to 13 for Democrats.

And the Russians made it happen? Well, not exactly. Out of the darkness came the seemingly long-lost Tea Party. Monica Crowley and Herman Cain described the election of Donald Trump as nothing less than the â€œsecond iteration of the Tea party movement.â€ Crowley went on to correctly state that we were â€œassaulted by a weaponized IRS,â€ and Cain added, â€œthe Liberal media tried to demagogue the Tea Party to push them into silence and submission.â€ See interview here.

So after being called â€œThe American Talibanâ€ on HBOâ€™s The Newsroom, here

After being lied about by entertainers like CBSâ€™s Aisha Tyler who falsely tweeted, â€œRemember when mobs of gun-toting Tea Partiers flooded DC, pledged to assassinate Obama & burned him in effigy on the mall?â€ here

After Rep. Charles Rangel (D-Harlem) said that we are â€œmean racist people.â€ here

After being demeaned by every component of the Left, and after losing in every political arena, they are now embracing the actions and results of the Tea Party movement. This imitation is the sincerest form of (unwanted) flattery.

â€œIndivisibleâ€ is a well-funded Leftist organization that ironically takes their name from the very Pledge of Allegiance they want to remove from our childrenâ€™s classrooms, and have now realized the success of Tea Party movement. Hence, fromÂ their Chapter One Summary of â€œA Practical Guide for Resisting the Trump Agendaâ€:

There is much more flattery throughout the guide which you can read in its entirety here.

Another group organizing around Tea Party principles, this one supported by Obama himself, is â€œOrganizing for Actionâ€ (OFA). Putting his fund-raising skills to work for OFA he recently issued a statement saying he was â€œheartenedâ€ by anti-Trump protests over the executive order on immigration. Similar groups formed by Obamaâ€™s top aids and staffers are ramping up nationwide. More here.

However, the strangest revelation we in the Tea Party Federation have experienced is an invitation we recently received through our VTPPF.org website. A very nice woman offered us free Gadsden flag bumper stickers. The Gadsden flag has been the flag most representative of our movement from its conception. There was, however, a catch tied to these â€œfreeâ€ bumper stickers. These bumpers stickers were from the radical Leftist group called Resist. Funded by the Center for American Progress, a Soros organization, they too, are trying to take the Tea Party movement as their own.

But, hey, believe what you want.

I’m presuming that by “Don’t tread on me” they mean “Don’t take my taxpayer-subsidized housing, health insurance, income, etc.”

I don’t think they know what “Don’t tread on me” means.

Amazing piece. Read this link if you get a chance, forgive the title, and let me know what you think.

Dylan, I have seen this piece and I found it very revealing. Any successful movement or cause attracts the kind of leaches described in this piece.Those of us working in the Tea Party in Virginia make the joke about making twice as much each year as we did last year. (0x2=0) I get letters all the time asking for my contribution to this or that (Tea Party) cause. It’s infuriating,There are lots of detractors and imitators, both inside and out. Thanks for sharing this.

Thanks Rick. Aside from some of the knucklehead comments at the bottom of the Politico piece, most people will agree that the Tea Party was a grassroots movement and most of the followers are generally good people. There is a lot of money to be made off losing candidates, and that’s sad.

Her is the letter we received. The picture of the bumper sticker was upside down.I think the author was serious, but you be the judge.

I have some free bumper stickers to give away if you are interested – they are pictured below.

As a school child I learned all about the Gadsden flag which was created as a symbol of the fight against tyranny during the revolutionary war. My bumper stickers use the Gadsden flag’s
snake and “Don’t tread on me” slogan.

It is funny, since the election I’ve noticed many license plates that have this image on them – at first I thought they were New York license plates (same color) but then looked
closer and they’re Virginia. Every time I see them I think, wow, how
meaningful! They are so appropriate and meaningful in the struggle against
tyranny that we face.

Anyway if you like them let me know by answering the email I have sent to you and I’m happy to get you a bunch to pass out at meetings and public gatherings.

Always wave to drivers who have the DTOM tags. They are our friends.

Has the Va. Tea Party made Va.
Republicans come off of their
basket of deportables? A BIG FAT NO.
http://watchdog.org/202012/subcontractors-shadow-economy

Great post Rick. Thank you. That silly ‘Indivisible’ movement has even come to my small town of Lovettsville. They staged a little protest last night in the town square. Unfortunately they spelled Indivisible incorrectly. But bless their hearts, they’re trying. Very trying.

How many indivisibles were there protesting in Lovettsville?

My recommendation is to take as many bumper stickers as they will give us. Cut off the two sides and cut off the Resist word and sell them to fellow TEA Partiers for their cars. Say $2 per sticker. I will take six.

Good idea! I’ll take two, one for either side of my Tea Party license plate.