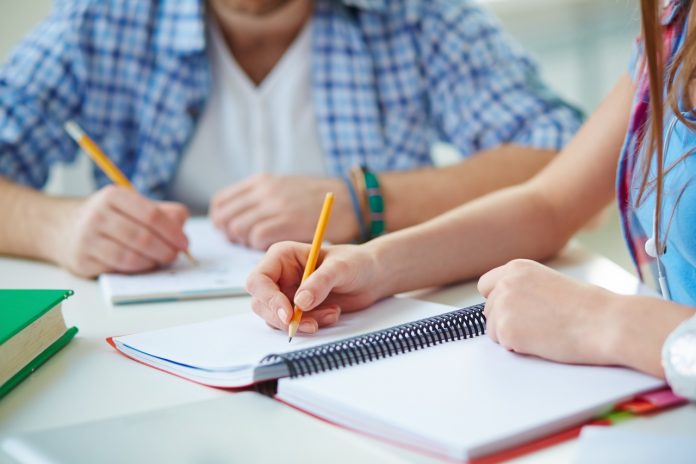 What are we thinking! – Part 1: Education matters

Schools are closed, children are home and parents are confronted with how best to help their children continue their education at home, where parents are more clearly seeing and evaluating the ideas that are shaping their child’s thinking and worldview.   Indeed, every schooling option is a form of discipleship (training to think from a particular perspective) and everyday disciples are being made. What type of disciple is your child’s school aiming to produce?

Ideas that not many decades ago were well understood to be destructive are now accepted, if not embraced, by huge percentages of Americans.  And make no mistake; much of this shift ties to the curriculum forced upon the vast majority of American children through the public school system.

That curriculum is not an accident.   It is the design of John Dewey and others who set up a teaching college at Columbia University, which has become a model for most teaching colleges in our nation.   The core objective has been to shift America away from its free-market model to one of centralized state-control, with the misguided belief that a world controlled by a few “gifted” people would deliver a safer and better life than a world where people are free to interact, create and exchange goods and ideas according to their needs, desires and dreams.   In their elitist zeal, the history of corruption and carnage from concentrating power in the hands of a few was disregarded.

Their ideal world, which is from Marxist ideology, requires a world where the citizens’ greatest allegiance is to the state.  So, like all Marxist experiments, their methods are aimed at eliminating from society the more natural allegiances: bonds to family, religion and property (physical as well as labor and creative works).

Our nation’s shift away from free-markets and toward state-controlled markets is very much connected to the worldview taught in public school curriculum.  Some surveys suggest that about half of America’s young adults are quite open to socialism. None of this is an accident. People become what they learn.

For decades vain efforts have tried to reform public education.  However, it is impossible to make something good out of something that is fundamentally flawed.  To pretend a school system can teach without impressing a worldview into the minds of its students is utter nonsense.   Education is always teaching from some set of ideas.

We have had state-controlled public education for so long it is hard to imagine an alternative; however, as with any monopoly-type entity it invites corruption and indeed has been used to redirect the American mindset.   The concerns that produced the First Amendment, prohibiting government from pushing a particular religion, apply equally to education. A government with the power to direct the thinking of the population is dangerous. Americans have spilled massive amounts of blood and resources in wars against nations where monopoly state-controlled education steered cultures toward horrific ends.

A free-market system of education, which diversifies power and naturally delivers according to the needs and desires of the population it serves, is a much safer option.  Thankfully there are numerous education models in practice today, delivering results far better for the children than the “free” public system. So while small at this point, the framework for a free-market system is well established.

Of course the public system is not free at all.   Mammoth taxes fund its per-student cost that is almost always higher than most free-market options.   But a far greater cost is the long term effect on a child of a poor education based upon a fraudulent set of ideas, which is the case at all public schools.   Even teachers that understand the fraudulent core of the curriculum can do little when he or she is bound by law to impress that curriculum into the minds of students.  What a huge loss of a person’s life to have spent their formative years learning from a paradigm that is counter to the realities of life!

Add to that the impact from peers, with parents having little to no control over who their child interacts with at public schools and on essentially unsupervised bus rides to and from school.  Consolidating public schools makes the peer problems worse. Bigger is not better.

The utter failure of the state-controlled monopoly-minded school model has, even with its “free” price tag, spawned many free-market options.   Part 2 of this article explores free-market thinking for educating with a transparent and intentional perspective.