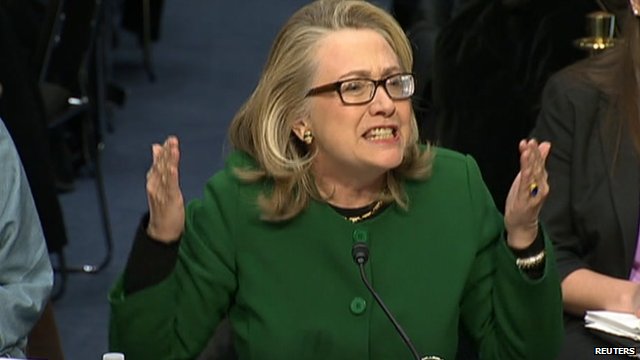 What Difference Does it Make: the Democrats’ Hillary Problem

Conventional wisdom has always been that she’s got the 2016 Democrat nomination sewn up. Not so much anymore. Jim Webb: call your office.[read_more]

Ever since Barack Obama’s triumph over Hillary Clinton in the 2008 presidential identity politics sweepstakes was sealed, Clinton has been the “next-in-line” candidate, sucking up all the available attention…and all the available money. Shrewdly elevating her stature with a first term stint as Secretary of State while avoiding the inevitable depleted momentum and scandals of a second term administration, she has spent most of the last three years building a national campaign organization to outstrip even that of the Obama campaign’s zealot-driven volunteer effort of 2008. 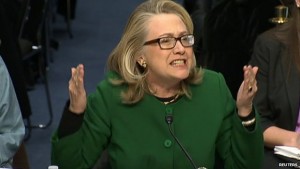 Time after time, on issue after issue, Hillary Clinton has demonstrated a lack of judgment that shows both an unpreparedness to tackle real world challenges (anyone remember Valdimir’s “reset” button?), and incredibly enduring weaknesses from an electoral perspective.

Clinton presented Lavrov with a gift-wrapped red button, which said “Reset” in English and “Peregruzka” in Russian. The problem was, “peregruzka” doesn’t mean reset. It means overcharged, or overloaded.

And Lavrov called her out on it.

“We worked hard to get the right Russian word. Do you think we got it?” Clinton asked Lavrov.

“You got it wrong,” Lavrov said. “This says ‘peregruzka,’ which means overcharged.”

The two top diplomats, who met in Geneva, laughed and Clinton explained: “We won’t let you do that to us, I promise.”

Clinton said earlier she was presenting the gift because it “represents what President Obama and Vice President Biden and I have been saying and that is, ‘We want to reset our relationship.’ And so we will do it together.”

So how has the foreign policy acumen of the world’s smartest woman worked out for us? Pretty much as some people predicted it would.

Now, with news that House investigators are livid at the deception relating to the New York Times’ revelation about her private email account while government, the politician President Obama has loved to hate has now just become his favorite. That’s because continuing Hillary scandals are going to absorb all of the media’s attention for the next year, taking the spotlight off the President’s own significant failures.

Democrats, as if a switch had flipped, are just now realizing that Hillary is a terrible candidate. See here, here, and here, here, just for starters.

Which brings us to Jim Webb, the former Navy Secretary under Ronald Reagan, erstwhile U.S. Senator from our great Commonwealth of Virginia, and current aspiring Democrat presidential candidate.

Of course, that doesn’t necessarily mean Jim Webb is the alternative Democrats are likely to choose. Former Maryland Governor Martin O’Malley (who once bested Rod Blagojevich for the title of American’s Worst Governor) is in the mix, as is Elizabeth “Fauxcohontas” Warren and, if we’re lucky, the executive branch gaffe factory otherwise known as Joe Biden.

Out of that bunch, Jim Webb can easily hold himself out as the most sane and normal human being on the stage. And, if you’re a crafty Democrat strategist looking to chip away at Republican advantages, you might think that a race-based appeal to white men might be just the trick.

â€œI think this is where Democrats screw up, you know?â€ Webb said. â€œI think that they have kind of unwittingly used this group, white working males, as a whipping post for a lot of their policies. And then when they react, they say they’re being racist.â€

Will that work? Probably not. Trying to escape the gravity of race-, class-, and gender-speak, however healthy for the Democrat party in the long run, simply won’t fly with Democrat primary voters. And we here in Virginia know Webb isn’t really ready for the prime time national stage, even if others don’t. But if Webb is slowly made competitive by the vacuum left in the wake of Hillary Clinton’s slow deflation, it sure opens up a lot of possibilities for Republicans.

Clinton’s troubles show she is not inevitable, and the long slow drip of scandal over the next many months will convince a whole lot of Democrats of that, as they cast about for alternatives from among the clown car of candidates waiting to take her place as Democratic frontrunner.

If we can’t beat this bunch, the country is in a lot worse shape than most of us imagine.

What Difference Does it Make: the Democrats’ Hillary Problem was last modified: March 4th, 2015 by Chad Ochocinco

She didn’t just have an account (1) running off an unsecured personal server in her private residence it has now been confirmed she had numerous such accounts set up and in active use. The total number and their intended function is still unknown. This was in effect an intentional circumvented State Department messaging infrastructure so comparing this to past official lapses in this area is one bogus pile of caca.

Just what does it say about the Republican Party, when America prefers an Obama or Clinton over the best that Republican’s have to offer?

That is the real question that needs to be answered.

Actually, I guess the question has already been answered.

Yes, if a liberty loving Constitutionalist conservative became an option on the ballot, it would activate a lot of hibernating, disgusted voters.

But the establishment won’t put one forward.
It’ll have to be jammed down their throats.

In following this story, I asked myself whether Hillary had ever used the State Department’s classified email system on SIPRNet, which all cleared government employees have access to. Well, it turns out that Hillary did not use classified emails either. Rather, according to this CNS story ( http://cnsnews.com/news/article/susan-jones/state-dept-believes-clinton-has-handed-all-her-work-emails-because-her ), “she had other ways of communicating through classified email through her assistants or her staff, with people, when she needed to use a classified setting.” Hillary sounds like the Mafia leader, Paulie, from “Goodfellas” who had a cadre of staff just to make phone calls for him.

While I am no apologist for Hillary, I can tell you that, even in the modern technological climate in which we reside, this sort of behavior among government officials is not all that uncommon. Cabinet-level officials have gaggles of minions at their disposal, from special assistants to senior advisors. These people are constantly printing agendas, briefings, and whitepapers. While it seems infeasible to be in government and fully dodge email, it is not impossible.

And as much as Hillary is indeed a Clinton, I don’t see the root cause of this nonsense being one of evasion. I don’t think she used a personal account to dodge NARA archive requirements, FOIA inquiries, or subpoenas for records. I think it speaks to her being a neophyte, which speaks to her age. I frankly wouldn’t be surprised if John Kerry or Madeleine Albright hasn’t/hadn’t sent a single state.gov email.