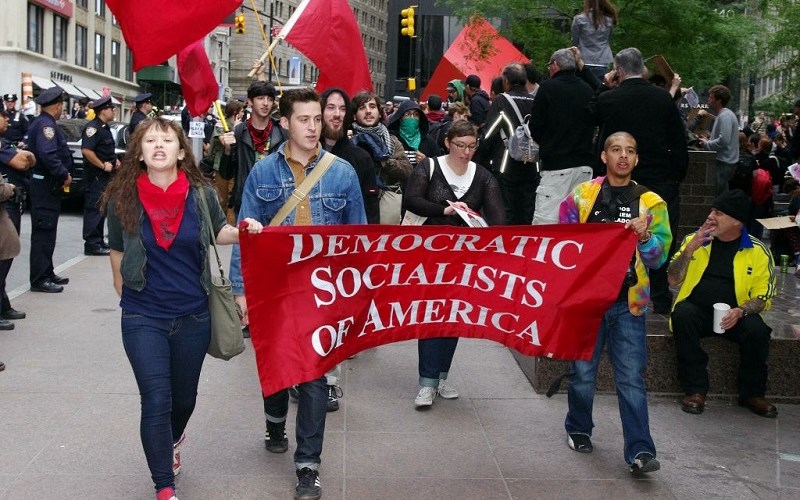 What Do Bernieâ€™s Millennials Know About Socialism?

Recently Bernie Sanders was asked the following question during a townhall meeting in Manchester, New Hampshire, by a Harvard student, Samantha Frankel-Popell, whose father had fled the former Soviet Union.

â€œMy fatherâ€™s family left Soviet Russia in 1979 fleeing from some of the very same socialist policies that you seem eager to implement in this country.â€ She followed up with the question, â€œHow do you rectify your notion of Democratic socialism with the failures of socialism in nearly every country that has tried it?â€

Bernie replied, “Thank you for asking that question,â€ before continuing with a question himself. â€œIs it your assumption that I supported or believe in authoritarian communism that existed in the Soviet Union? I donâ€™t. I never have, and I opposed it. I believe in a vigorous democracy.” https://www.foxnews.com/politics/bernie-sanders-socialism-harvard-student

He cleverly tried to skirt her question by denying that he promotes soviet style socialism. Yet a video exists of him praising Soviet socialism/communism and its achievements: the public transportation system, the clean and artsy metro stations with crystal chandeliers, cheap tickets to museums and concerts, and the infamous â€œcultural palacesâ€ of the young pioneers, with total indoctrination by the communist party apparatchiks. https://www.bing.com/videos/search?q=youtube+video+bernie+sanders+praising+soviet+accomplishments&view=detail&mid=50A4BDC800730CFFF75F50A4BDC800730CFFF75F&FORM=VIRE

I rode the public transportation system a younger Bernie Sanders is praising. The buses were old, rickety, with holes in the floorboard, allowing for choking fumes to come in. The trams, metro trains, trolleybuses, and rusty railroad trains were smelly and filled-to-capacity. Riders were squashed like sardines.

Few could afford to purchase or own cars. It wasnâ€™t just coming up with the money to buy an overpriced domestic vehicle and being placed on the long waiting list for years. It also depended on how well you were scored or regarded by the local Communist Party and the local Economic Police which made sure that nobody owned anything in excess of what they needed in order to be more easily controlled.

Schools gave grades for studentsâ€™ behavior each semester and parents were chastised publicly in front of other parents if their children behaved in any un-socialist/un-communist way that strayed from the communist partyâ€™s collectivist rules of brainwashing.

No matter how you try to repackage socialism, Bernie, or how the liberals controlling the web twist the definition of socialism in order to confuse the useful idiots, in Marxist theory socialism is a transition state between the overthrow of capitalism and the implementation of communism. Democrat socialism is the P.C. definition of a system that robs people of initiative, independence, their worth, their wealth, and their creativity.

Using Nordic countries as examples of successful models of socialism is dishonest if not a flat-out lie. The means of production are not owned by the government in these countries, as is the case under socialism, they are owned by private companies. The government is socialistic in nature as it hands out generous welfare to the masses, welfare derived from heavy taxation of private companies and citizens.

Under socialism (see Cuba, North Korea, and Venezuela), the proletariat masses have no choice but to accept the crumbs that trickle down from the benevolent government ruled with an iron fist by the Central Committee of the Communist Party.

Salaries are very small and everything must be subsidized by the government which in turn rations everything, food, toilet paper, electricity, water, and everything else Millennials take for granted in this country, not realizing that their abundant lifestyle is provided by the laws of supply and demand of free market capitalism.

I was a child under socialism and a young pioneer.  Membership was not voluntary; we were forced to be pioneers as part of our school curriculum. We attended plays, puppet shows, and movies that glorified the dear leader and his wife or taught us how to be good little socialists/communists. The cultural palaces for art, music, and theater, were organized places to keep young pioneers on the right track to communism.

The cost of entertainment was free or minimal, as Bernie Sanders said, $1.50. But $1.50 may have been cheap to the mind of an American like Bernie Sanders, but it was a deceptive cost since socialist/communist salaries determined by the government ran on the average $50 per month depending on the occupation. Miners, for example, were paid a little more as their jobs were very dangerous.

Bernie, I can tell you with 100 percent certainty that life under socialism and communism was miserable. There is a good reason why there are so many of us who fled socialism/communism at great risk to our lives, leaving everything dear behind, family and wealth, to escape to the â€œfreeâ€ west, specifically to the United States. Nobody in his right mind runs away from a good situation.

People are not free under socialism, Bernie. The government keeps the population imprisoned within its borders with barbed wire and soldiers armed to the teeth and ordered to shoot anyone who tries to escape across the border.

Socialists and communists were not very good environmental conservationists. Towns and nearby rivers were so heavily polluted that it only took a small spark to set a river on fire. The soot fell thick on everything and the laundry drying on the line turned from white to grey in mere hours.

Everyone was paid equally, there was no incentive to excel, and to be the best. There was no middle class at all, only the working class and the communist elites. Theater, puppetry shows, television, and movies were all subsidized by the government and had to meet their standards and criteria for communist indoctrination.

Soviet metro was and still is beautiful, with works of art but was built at the expense of cheap labor and exploitation of the proletariat who was told that they owned everything collectively. Nobody could demand a piece of this ownership ever, lest they be arrested for bourgeois demands and democracy having gone to their heads.

According to PraegerU, Bernie Sanders the socialist won more votes from Millennials during the presidential primary than Donald Trump and Hillary combined.

â€œThe majority of Millennials (those born between 1981 and 1996) identify as socialist.

Nearly 70% of Millennials support a government-funded, â€œMedicare-for-allâ€ healthcare system. Our kids and grandkids arenâ€™t learning that America is a land of opportunity, a defender of freedom around the world, and a source of pride. Instead, theyâ€™re being taught that America is a land built on racism and imperialist oppression.â€ And more than 50% of Millennials also support the radical â€œGreen New Deal,â€ which is neither new, nor green, and not a deal for any free society with a thriving economy, it is global communism.
https://secure.giveworks.net/prageru/national_petition_to_re/GOP7151

Bernie Marcus, the co-founder of Home Depot, spoke against socialism and explained how the free market system has lifted so many people out of poverty.

He said, â€œYoung people especially have been indoctrinated into believing that free enterprise is immoral because it enriches the greedy and depresses the poor. Even the word â€˜capitalismâ€™ is not politically correct to use, but the reality is that the free market system has created the biggest middle class population in the world and, while some may say socialism is well-intentioned, the fact is it robs people of their independence, their dignity, and their finances leading to government dependence, suppression of ideas, and lower standards of living for those under its thumb.https://therightscoop.com/it-pains-me-to-see-people-in-this-country-glorifying-socialism-co-founder-of-home-depot-speaks-out-against-socialism/?utm_source=feedburner&utm_medium=email&utm_campaign=Feed%3A+TheRightScoop+%28The+Right+Scoop%29

And, should you still heed Bernie Sandersâ€™ praise of socialism and decide to vote for his manufactured Democrat Socialism, be prepared to eat â€œzebras and peacocksâ€ from the zoo because socialist central planning has not worked very well in all the countries in which it has been tried, most recently in Venezuela.