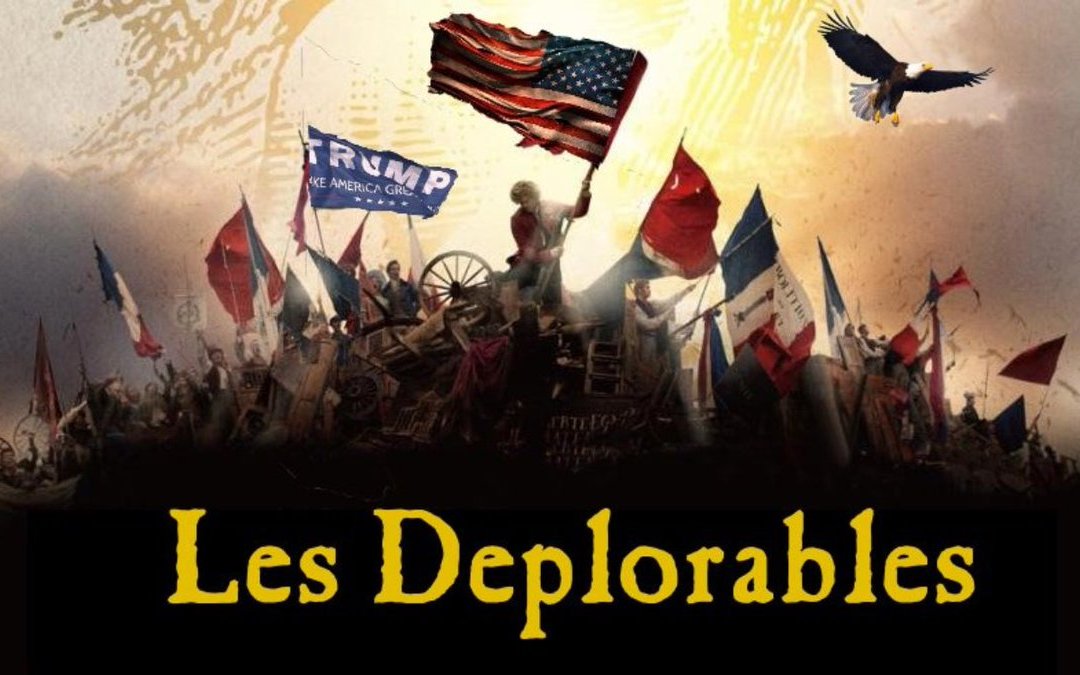 What do you do with a basket of deplorables?

It wasn’t too many years ago that then presidential candidate, Hillary Clinton, uttered the infamous words about a “Basket of Deplorables”.  She used inflammatory language to define the “basket”.  She directed her wrath at Americans who supported future President Trump.

At the time, I wondered why no one in the news media followed up with an obvious question.  “What do you do with a basket of deplorables”?  I am sure she would have muttered something about better education, implying that those who opposed her politics were really ignorant and obviously uneducated.  Not surprisingly, that is exactly what the Democrat Party has been calling Trump supporters, conservatives and most Republicans for the past five years.  But then there is the next step:

Recently, in Virginia, a leftist woman let the cat out of the bag.  At the end of her impassioned speech against anyone opposing a litany of leftist ideas, she uttered the all-important words “Let them die”.   In simple terms, this is the logical conclusion to “What do you do with a basket of deplorables”.  If American citizens “deplorables” are incorrigible and refuse re-education, then they must not be allowed to pollute the new world totalitarian order.  The great communist, socialist or fascist ideas must be preserved at all cost – including the freedom of the individual American citizen and the survival of America itself.

This anti-pollution or political cleansing activity of the radical left is ongoing.  People are being historically, socially, economically and physically isolated and damaged even if they utter a common sense opposing thought.  The number of apologies rendered for saying “women have babies” is astounding.  (A teacher in Loudoun County was suspended and his job threatened because he uttered a similar comment.)

There can be no question about what the intentions of the Socialist Democrats are.  They intend to rule not govern.  Those who stand in their way will be eliminated, and there is really no nice way to do that.  There is, however, a cautionary phrase for all “rulers”:

Absolute power corrupts absolutely, and societal collapse is inevitable under the resultant totalitarianism.

What do you do with a basket of deplorables? was last modified: July 18th, 2021 by Dr. Robert Warren

Does anyone know this person, his/her comment was posted a few months ago in response to a Gateway Pundit article on “election fraud.” Did Powell and Flynn ever come to Virginia to release the Kraken? Did Rich Anderson receive such a phone call?

— QUOTE —
On election night, I told – via live phone call – the RPV chair that Virginia was RED! He didn’t want to acknowledge it. Then, the morning after, I called him and asked what he was going to do about the fraud – which I do not believe the party ever officially recognized. Still nothing, although Powell and Flynn both were in contact to help us. Crickets should not be the symbol of the RPV!
— END QUOTE —

“It wasn’t too many years ago that then presidential candidate, Hillary Clinton, uttered the infamous words about a “Basket of Deplorables”.”

And in the intervening years, the Right has done everything in its power to prove her point.

Of course it would end up in tyranny. Look at the various governments in the UN. You have communist, socialist, islamic, and social democratic tyrannies dominating. There are very few countries based on liberty and even fewer with a written constitution.

All those Confederate statues that are coming down . . . here’s a replacement suggestion:

There is a very serious abuse of power underway in the DC jails. People who were minimally involved with the January 6th Capitol situation have been jailed for minor misdemeanor charges without recourse to bail. Some have been held since January and there is no indication when they will go to trial. Essentially, this is cruel and unusual political punishment affecting “deplorables”. Where are the Republican legislators? Seems the don’t give a damn about real injustice.

Yes, anyone that disagrees with leftist ideology is given a label.
Just like in elementary school, ‘you have cooties’ and should be shunned.
If you do not believe, as I believe, there is something wrong with you.
Most young people do not care about our Founding Fathers. They view anything before the internet as crude, unsophisticated and not worthy of being revered. They look at the tech ceos as the real founding fathers and place gates, brin, bezos, cook, dorsey, jobs and zuckerberg at the apex of human existence.
The country is headed in the wrong direction.

Conservatives demonize liberals, too, but we don’t control the media, Hollywood, academia and government service. We’re just as addicted to politics and causes as they are . Much of this demonization has to do with the decline of religious observance in the US, which is what happened in Europe in the 19th century, leading people to adhere to lethal ideologies like Marxism and Fascism. Secularism has consequences

The subjects of Europe were used to totalitarian ideologies, however, as you point out, religious observances were a relief valve for oppression. America’s decline into secularism is a decline into socialist and communist tyranny.

Yes, if only we were back in the good old days where we all agreed with each other and all went to church each week, eh…? It was so peaceful then… everybody knew their place and all then…

Why are you posting about protein powder, Doc?!

While this lady was removed from one area, I understand she is still a leader in the NAACP. Those who cheered her, they need to be checked also – what is good for the goose is good for the gander.

You are an insulting little twit.

Fools like her walk in where angels fear to tread.

You seem to have gone off the deep, deep, deep end.

You are an example of the result of 40 years of high school civics classes taught by football coaches.

You are an example of no civic classes and unquestioning propaganda.

Doc! Its ok to bring back Warmac now, you know… TBE is a safe place…