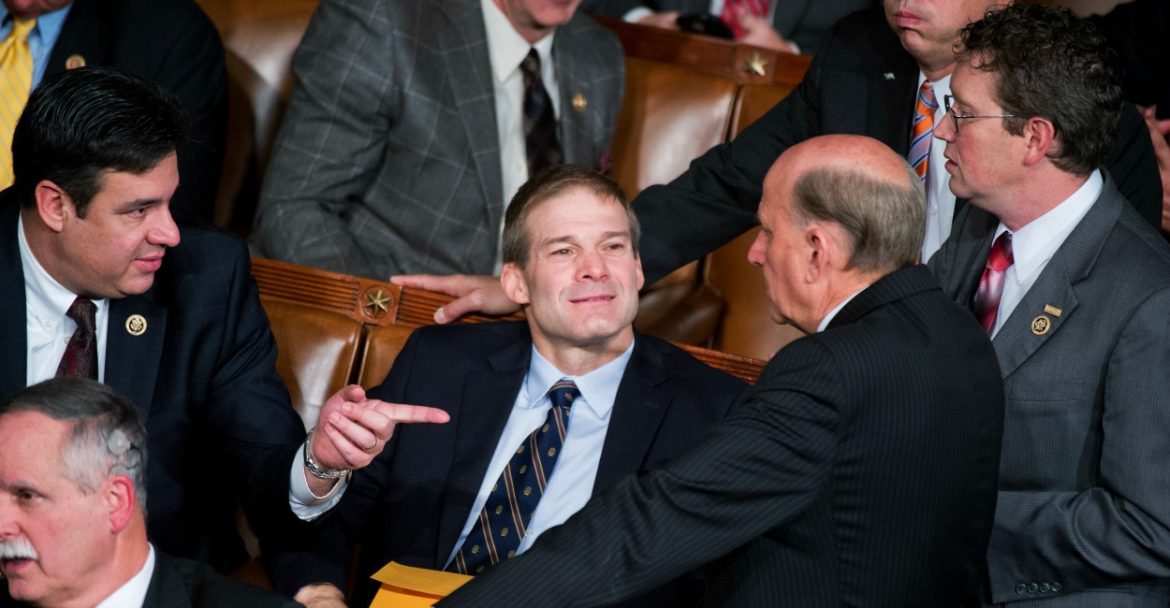 What Good is the House Freedom Caucus?

With only 17 Republicans (as of a week ago) firmly committed to opposing Trumpcare, Ryancare, RINOcare (whatever you want to call it), one must be curious about the virtue of having a House Freedom Caucus if they don’t ever vote together as a caucus.

Three of the 17 Republicans opposing Trumpcare are from Virginia. Congressman Dave Brat (who has been taking the lead in opposition across the media, along with North Carolina Congressman Mark Meadows), Congressman Rob Wittman (who is apparently more conservative than some in the Freedom Caucus), and Freshmen Congressman (and Rock Star) Tom Garrett.

So why have a House Freedom Caucus? I haven’t checked whether or not Congressman Wittman is the only non-member of the HFC to oppose the bill, but what is it about Trumpcare that over half the House Freedom Caucus was ambivalent about a week ago? I’m confused.

I mentioned Mark Meadows of North Carolina earlier; according to The Hill, Meadows is listed as “Leaning or Likely No”. Now, over the last week or two, The Hill reports that about another 16 Republicans in the House have come on board as a No or Likely No vote, but I’m also hearing that many of these “No’s” are conditional on various amendments or other deals. President Trump and Speaker Ryan seem absolutely adamant that they are going to get this bill passed. So, when I hear from Congressmen that “leadership doesn’t have the votes,” my response is, “Are you sure?”

If the entire House Freedom Caucus has come out unified against the bill, then Ryan and McConnell would have been back at the drawing board three weeks ago. I think this bill is going to pass the House and if it does, McConnell will be forced to find the votes in the Senate. Maybe he’ll cut Collins loose, but he’ll have to get Cruz, Paul, and Lee on board.

Vice President Mike Pence is a huge fan of Trumpcare and is working hard in the Senate to make sure that it will pass there and he might be able to appeal to Cruz, Paul, and Lee. Who knows?

If this thing gets out of the House, then I think it becomes law – never to be revisited until a future Democrat Administration and Congress seek to expand the largest Republican Entitlement program in history (hat tip Congressman Garrett).

If Leadership didn’t have the votes, we’d be hearing a lot more stories about threats, and a lot fewer comfortable assurances from Trump, Ryan, and McConnell.

Don’t get me wrong, I don’t want to get stuck with Obamacare. I’m willing to stomach just about anything, including Trumpcare, if it means getting rid of Obamacare – and I disagree with those who claim that Trumpcare is somehow worse than the ACA – but I don’t understand how we could possibly have so few true conservatives in the House of Representatives that we’re currently at the point we are today.

What Good is the House Freedom Caucus? was last modified: March 19th, 2017 by Steven Brodie Tucker

Ryan’s plan isn’t a plan, but the same suicidal trajectory which lost GOP congressional majorities during Bush 43’s administration. Counting on Democrats to keep their word is folly, and unless I’m mistaken, that’s what Ryan is doing. Dems say they cannot vote to repeal Obamacare, which is merely showing party unity by toeing the party line, but also say that if it’s repealed, they’ll work with Republicans to replace it with a viable alternative. Ah, but will they do nothing more than renege as history dictates, then fight replacement so they (and their accomplices in the press) can brag to America how ‘Trumpcare is Nothingcare’? Ryan is a fool to believe otherwise.

A rose of a different color is still a rose.

A horse of a different color still dumps horsesh!t in the street.

Republicans want Obamacare as much as the Dems. The moment Trump signs their cut and paste job or the vote fails, the Dems win.

Thank you Tom Garrett; I’m glad your my Congressman.

It’s a shame all the Libertarians elected to Congress don’t come together in their caucus and do healthcare right!

And YES, I’m very proud of and pleased with my freshman Congressman Tom Garrett! Because he wasn’t there last year, he gets a pass from the tongue-lashing I’ll give the rest of the Freedom Caucus, to wit –

What’s WRONG with you GUTLESS MORONS?! How come YOU saddled us with weeny, traitorous Paul Ryan AGAIN?! It’s YOUR FAULT; you VOTED him Speaker!! Geez, we finally get rid of “Tears” Boehner, and you foist another globalist down our liberty-loving throats! Seriously, it’s too bad.

YOU – the Freedom Caucus – OWN Ryancare; because you gave us Speaker Ryan!

Trump and (to my horror) Pense are fighting vigorously behind the scenes to pass this bill. But you’re right Connie, right now it is Ryancare. But if Trump signs it, it’s Trumpcare.

If Trump signs it, he’s done.

You can try to distance Trump from Trumpcare all you want, but this is his baby. It has his priorities in it. It was written in cooperation with his administration. He is supporting it 100%. He is lobbying Republicans to support it. He is holding rallies for it. He is threatening Conservatives with primaries if they vote against it.

Deny it all you want, but this…is…TRUMPCare

I would bet $100 that Trump couldn’t explain this bill, even if his life depended on it.

Neither can Ryan or McConnell. Congressman Wittman can easily explain the bill.

I tried to tell Connie that on Facebook, but she called me a Never Trumper.

Trump, Ryan, not but liars.

If Trump said signs it, it is Trumpcare.

If Rynocare passes and it is apparent that it doesn’t work, we will look bad and two things will happen.

Republicans will never be given a chance to fix/replace it.

Didn’t Ryan say this is only part one, with two more parts to come?

Yeah, I don’t believe him either.

Everything is a lie. It’s everybody for themself.

Very interesting the Republican budget with the same deficit as Obama. And on Fox News today, 10 more years of spending. The Republicans will be kicked out ASAP. Better get all they can, while they can. They will lose the Senate at the first opportunity. And then the Dems can run the country in the ground for a cycle.

The Deficit went up tremendously under Obama, but this budget holds the deficit steady instead of increasing. It is possible to decrease the deficit, but not until the economy grows. We have had tepid growth, but once we reach 3% growth (or more), then and only then can we begin to reduce the deficit.

Trump is also having to spend money on things that Obama neglected, like our military readiness and those “shovel-ready jobs” for infrastructure improvements that weren’t shovel ready at all. Did you really think he could cut the budget his very first year? He’s only been in office about two months. He wasn’t the candidate I wanted, but I am willing to give him time to accomplish his goals.

In Obama’s first two months, all he had done was spend a trillion dollars rewarding his donors with taxpayer money.

Part 2 will come, although I’m not sure about Part 3. Part 2 consists of cutting all those regulations that the Obama Administration placed in the hands of the and Human Services Secretary. I suspect that the prior administration never anticipated that Republicans would be in control. By doing almost everything through regulations and Executive Orders rather than through legislation, they made it far easier to easily dismiss a great deal of that Administration’s “accomplishments.”

And sadly, Rep. Morgan Griffith of the 9th, a HFC member, is supporting this bill.

How did THAT happen??

The Art of the Deal?