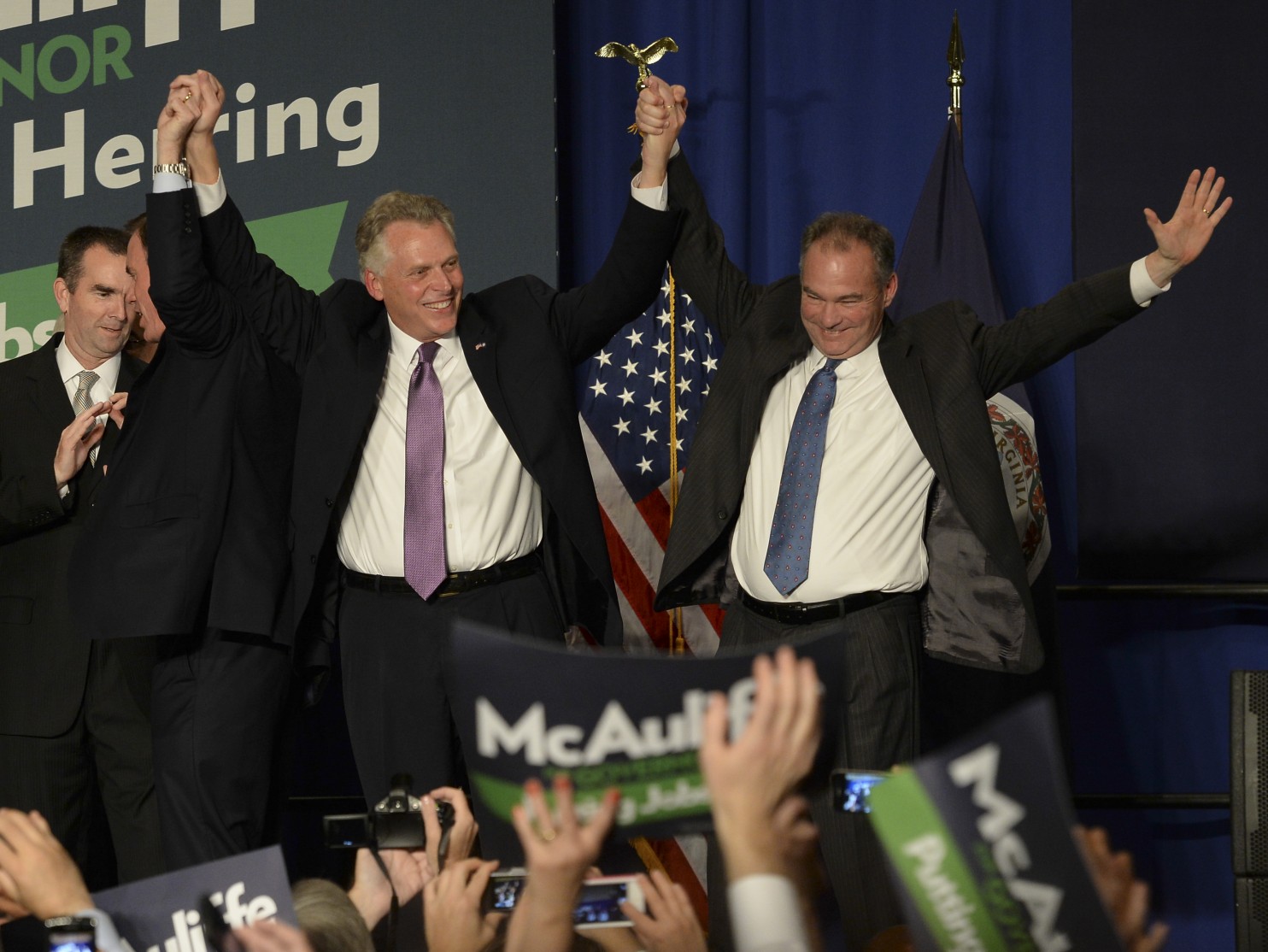 What Happens in Virginia if Tim Kaine is Elected Vice President

If the Clinton/Kaine ticket wins the Presidency and Vice Presidency what happens to Kaine’s Senate seat?  Governor McAuliffe will appoint someone to fill the seat until a special election is held in November 2017, at the same time Virginia elects a new Governor, Lt. Governor, and Attorney General.

McAuliffe could appoint himself Senator in January 2017 and then run for the seat in November. If the Governor makes himself a Senator, Lt. Governor Ralph Northam becomes Governor making him an incumbent in his race for Governor next year. McAuliffe would be running for Senator in 2017 while Northam runs for Governor. If McAuliffe won the Senate seat in November of 2017, he would need to run again for the seat in 2018. (Sounds like an awful lot of running for office in two years.)

Have other Governors appointed themselves to the Senate?  Yes they have, but the results have not usually been good. Only one Governor had a good outcome when he ran for office after appointing himself Senator, Albert B. “Happy” Chandler of Kentucky. Chandler appointed himself Governor in 1939, ran and won in a special election in 1940, and won again in 1942. The other Governors who appointed themselves to the Senate did not fare as well:

More here and here.  Speculation on who else McAuliffe might appoint, other than himself, to fill Kaine’s Senate seat should it become vacant, here.