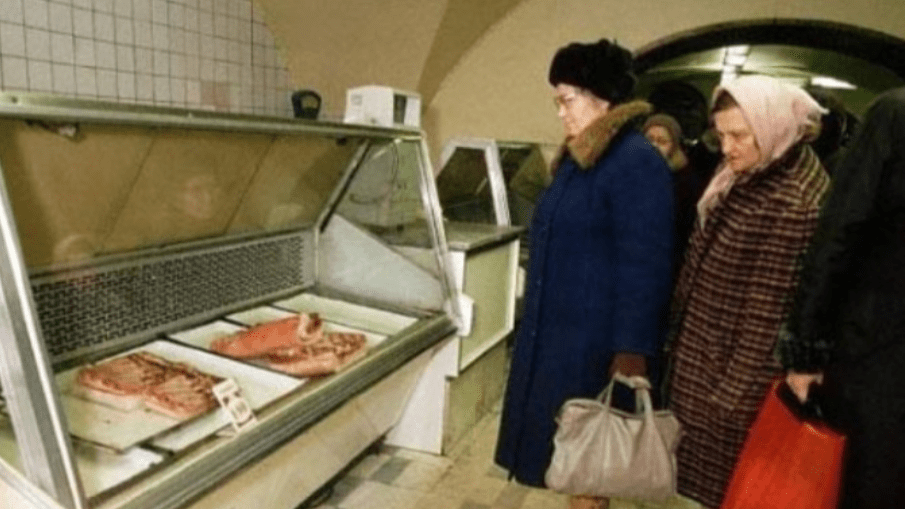 What If We Ran Grocery Stores Like Public Schools?

Imagine our food distribution system worked like our public schools do.  Prompted by that very question in a Reason article comparing how private schools are responding differently to the COVID-19 virus than public schools, I began thinking what a public grocery system would look like.

The food would be “free,” except for the fact that you would pay higher taxes to support the grocery store, and the tax dollars would be paid directly to the store. Key decisions, such as what food products to offer and how many grocery clerks were needed to staff the meat counter, would be made by an elected Grocery Board. A grocery superintendent answering to the board would hire and fire the grocery store managers.  If you didn’t like the store but still wanted “free” food, you would be out of luck. You would be assigned to your neighborhood grocery store. The Grocery Board would draw the grocery boundaries. What you ate would depend upon where you lived. Only higher income earners would have the luxury of foregoing the free food and shopping at stores that didn’t accept tax dollars.

What do you suppose would happen to the cost and quality of public food in such an arrangement? As the consumer, you would have zero power. You couldn’t patronize a different store. You couldn’t withhold your money. You would have to take what you got. Oh, for sure, you could show up at Grocery Board hearings and speak your mind. Maybe you could organize a movement to elect a board member who would go to bat for selling only free-range chicken. But that would entail a huge amount of trouble with no guarantee of a positive outcome.

In a system of public grocery stores, who would the Grocery Board members pay most attention to? The grocery stores’ internal constituencies, obviously. At the top of the list would be the union representing grocery workers, the United Food and Commercial Workers Union (UFCW). Not only would the UFCW wield the power to strike, it would deduct dues from the workers and channel donations to friendly Grocery Board members. Other powerful players would be grocery vendors. Food products companies selling everything from carbonated beverages to canned soups would lobby the Grocery Board to alter shelf-stocking regulations to ensure their products had greater visibility.

Just imagine how conflicting ideologies would play out. Suddenly, all manner of store-management decisions would become politicized. Militant groups (backed by local farmer co-ops) would emerge to demand that stores source all food locally. Vegan groups would hold demonstrations to halt the sale of meat. Nutrition zealots would lobby to ban the sale of salty snacks and soda pop. Instead of exercising the right to “vote with their dollars” and patronizing a grocery store to their liking, people would have to effect change through the political process.

A vast nonprofit superstructure would arise as foundations began funding activist groups to their liking. The nonprofits would crank out studies contending that the quality of food and service suffered because local governments weren’t spending enough on grocer wages. Newspapers would publish exposes on aging buildings, broken pipes, leaking roofs, and rat droppings found amongst the lettuces. State government would intervene, setting standards for the proper staffing of checkout clerks and for the square footage of shelf space dedicated to the produce section.

Editorial writers would decry the manifest injustice that affluent Grocery Districts had enjoyed better quality and service than counterparts in poor districts. The federal government would get involved, sending federal tax dollars to grocery stores in poor neighborhoods. Academics would denounce the white bias in brand selections. Then the ACLU would file lawsuits contending that stores failed to set aside self space for ethnic Latino, African-American, and Asian foods in proportion to the minority groups’ share of the population.

As grocery stores became a full-time preoccupation of the political class, there would be too much gridlock to enact business reforms — tighter inventory controls, supply-chain innovation, the introduction of new services — that might improve quality or drive down cost. People pining for the good old days of private grocery stores would be denounced for their selfishness. Think tanks would publish studies showing how private grocery stores competing for customers would “skim the cream,” taking the most profitable customers and exacerbating social inequities.

How would public groceries respond to the COVID-19 epidemic? The issue of whether to reopen the grocery stores, shut them down, or adopt a hybrid system would consume every grocery district. Predictably, members of the grocery unions would say they don’t feel safe. They would advocate shutting down the grocery stores, limiting sales to online pickup and delivery, until the epidemic subsided. If people starved, well, that’s their problem.

If you think this sounds like Virginia’s system of public education, yeah, that’s pretty much the point of this post. In the real world, we let the private sector run grocery stores. If we think there are gaps in the system — poor people can’t afford to eat — we give them food vouchers. We used to call those vouchers food stamps; now we call the, “Supplemental Nutrition Assistance.” If we think poor people aren’t getting enough leafy greens, nonprofits support targeted solutions such as community gardens in poor neighborhoods.

We all know that replicating the public education model for retail food distribution would be an unmitigated disaster. Maybe it’s time we asked, why can’t schools be more like grocery stores? What is more important: making sure that every child gets a decent education, or preserving one particular mechanism for providing that education?

What If We Ran Grocery Stores Like Public Schools? was last modified: July 19th, 2020 by Guest Contributor James Bacon

[…] What do you suppose would happen to the cost and quality of public food in such an arrangement? As the consumer, you would have zero power. You couldn’t patronize a different store. You couldn’t withhold your money. You would have to take what you got. Oh, for sure, you could show up at Grocery Board hearings and speak your mind. Maybe you could organize a movement to elect a board member who would go to bat for selling only free-range chicken. But that would entail a huge amount of trouble with no guarantee of a positive outcome. read more […]