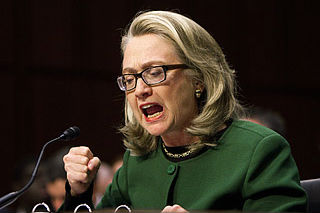 What is Hillary’s Big Idea?

From Politico.com, five must-reads about Hillary as she launches her campaign, including “How to back Hillary into a Corner”.

What is Hillary’s Big Idea? was last modified: April 12th, 2015 by Jeanine Martin

Jeanine, between that bunch at BD, and Hillary, which would you choose?

BD is exactly what is wrong with the Republican Party.

Between the 2, I will take my chances with Hillary, rather than what amounts to a bunch of slave owner types.

Besides, the Republican Party is, or, is fast becoming a division of the Catholic Church in my opinion. No room for Protestants.

You shouldn’t believe everything the Kenney brothers tell you. They are more often wrong than right.

“Besides, the Republican Party is, or, is fast becoming a division of the Catholic Church in my opinion. No room for Protestants.”

You are truly an idiot. Have a great day.

The truth hurts doesn’t it?

More to come on this!

Maybe, but “well informed” idiot would be a better description, now would it not? Am I the idiot because I take time to point out the truth to the less informed like yourself?

What religion do these people all belong too? Where is the religious diversity in the Republican Party today? Isn’t it at the same place that the middle-class, women, and other minorities are?

Six out of nine of the SCOTUS justices are Catholic. Which party did the president who nominated five of these justices to the Supreme Court belong? The other three are Jewish.

Where is the religious diversity on the United States Supreme Court?

Who is the idiot, me? Why, because I want religious diversity in Republican Party, and in the court system? Or you, who apparently does not?

Jeanine, I know you want me to write for the Bull Elephant but they will not let you. I understand.

You don’t want religious diversity. You would be happy with 9 robotic left wing Jews. Why do Jews, less than 2% of the population, constitute one-third of the Court?
All appointed by your racist party!

Huh? Not sure where you come up with that?

I would settle for a few Protestants.