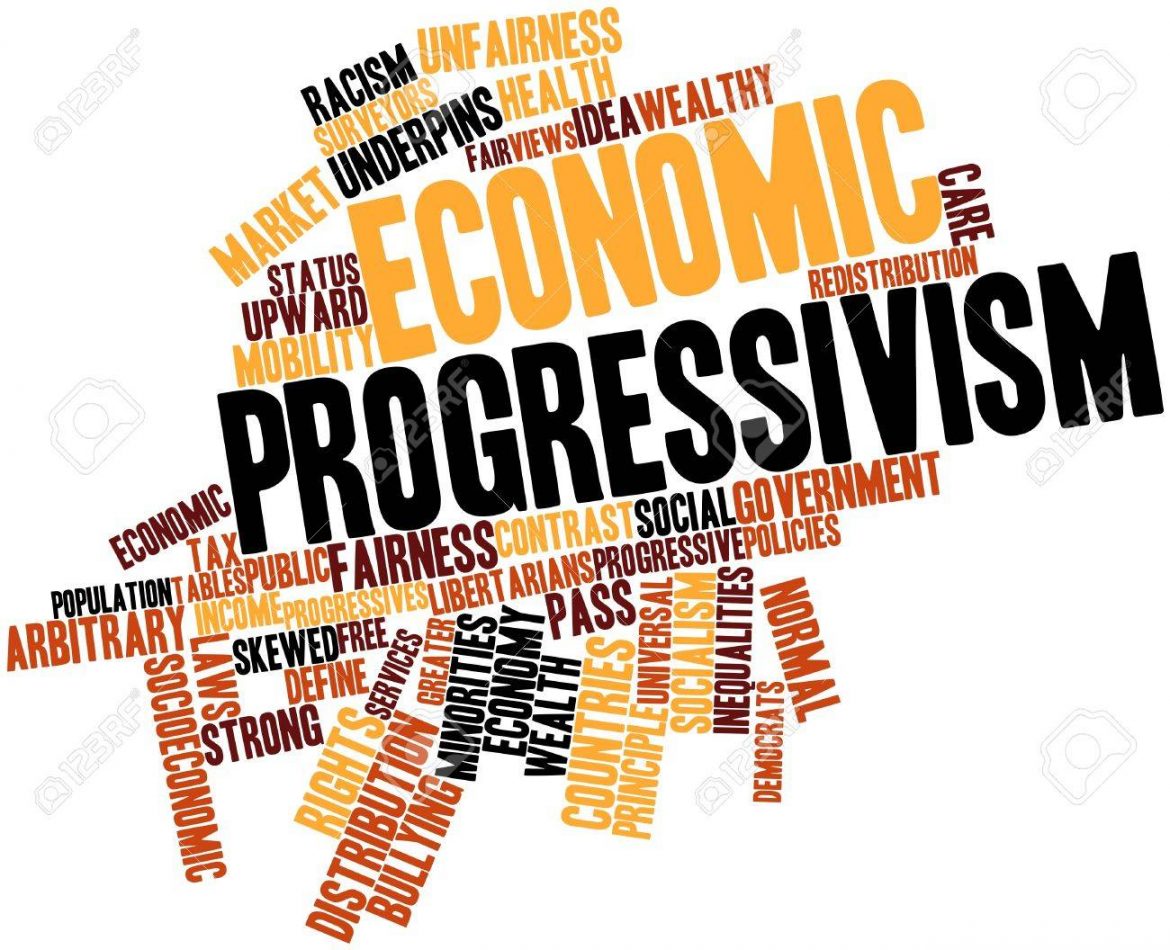 The dream of a utopia administered by technocrats

The following are key excerpts from an article that ran in the Dec. 1 edition of “Tablet” , the online magazine for Orthodox and observant Jews, by B. Duncan Moench is a lecturer at the School of Civic and Economic Thought and Leadership at Arizona State University.

In sum, Prof. Moench argues that today’s “Progressives” are similar to the “Progressives” in the Theodore Roosevelt/Woodrow Wilson era, in that they are by and large white elites who want to feel good about helping the “downtrodden,” but in reality, advocate for government action under the guise of “helping the downtrodden,” but which also protects their “white privileges.”

In current American “leftist” discourse, “progressive,” its sister term “liberal,” and their distant cousin “socialist” all tend to overlap in general use. So it shouldn’t be surprising that all three terms are poorly understood by their opponents and adherents alike.

Progressivism originated as an Anglo-American alternative to socialism and populism in the late 19th century. More specifically, progressive political culture was a way for the Gilded Age’s new self-styled “cosmopolitan” wealthy elite class to feel good about fighting for reforms of America’s laissez-faire economic structures—but, in a manner that didn’t threaten the larger Anglo-liberal tradition, or the Protestant moral norms it relied upon.

Populism was a bottom-up movement of Middle American struggling farmers, poor working folk, and tradesmen frustrated with a late-19th-century banking and monetary system they saw as “rigged” against them. Progressivism took off as a movement of the guilt-laden offspring of coastal industrialists who looked down their noses upon the Middle American populists and the “Jays” of their “hay seed” “bumpkin” culture.

Where populism was a rural revolt against the overweening power exercised by big cities over the rest of the country, progressivism was an urban movement led by a well-educated, urban, coastal elite, which was top-down in conceptions and mannerisms.

… it’s important to note that progressives did not necessarily wish to give voice to the poor or the suffering. Instead, progressive intellectuals sought to elevate themselves as spokespeople for the downtrodden, on terms that cemented the grip of their own class on power.

Wokeism is merely a new version of progressivism, updated for the secular mode of the “anti-racist” age.

Woodrow Wilson—the former professor and president of Princeton— endures as America’s quintessential progressive politician….he continued to loathe populists because, in his mind, their organizations (and ideas) were tinged with “socialist” elements. Populists were “resisters of modernity” and enemies of “progress” who refused to properly understand the inevitability of the new order of globalized trade and mass market consumption.

It is no accident that contemporary progressives understand universities as the central outlet to spread—and enforce—their new pseudo-secularized woke religion. The original progressives, as Scholar Eldon Eisenach notes, “saw the university as something like a ‘national church’—the main repository and protector of common American values, common American meanings, and common American identities.”

Unlike populists, who wanted state intervention in the economic sphere to help supply them with the means for personal and social autonomy, progressives wanted aggressive state intervention into the social sphere that would deprive working people of individual choices—for “their own good.” Progressives—then as now—understand “social justice” as occurring through moral reform within the self, but believe this personal transformation must be directed by morally enlightened elites wielding state power to prohibit the masses from engaging in “bad behaviors.”

Prohibition was a result of Progressivism in that Protestant elites wanted to stave drinking by immigrants.

In our secular, post-Protestant age, contemporary progressives likewise seek to morally shame the working classes and working poor into thinking their behavioral choices and retrograde beliefs are responsible for the country’s hardships. However, in a blindness inherent to the movement, today’s progressives patently refuse to acknowledge that most working class and working poor “people of color” are mostly socially conservative.

Class condescension and a paternalistic attitude to the laboring classes lives at the core of progressivism, both in its early 1900s origins and its 2020s “woke” offshoot. This moralistic bias informs the confident declarations from educated professionals clustered in hub cities that the only reasons Middle American “Trump supporters” have for opposing mass immigration is xenophobia and racism.

Progressivism is a mindset driven, if not ruled, by the technocratic impulse. The foundation of the progressive critique of laissez-faire liberalism arose largely due to late-19th-century American intellectuals’ envy of Kaiserreich-era theories of the German state; the American system of elite, research-centered higher education originated as an imitation of the German model. During an era when very few Americans attended higher education, more than 9,000 Americans studied at German universities—nearly 2,000 in 1880 alone.

Young, impressionable progressives looked enviously upon these technocrats and believed that they could recreate the Prussian mandarin model at home

Lacking a full understanding of their own Anglo-liberal tradition—and its uniqueness—they also had a tenuous relationship to both individualism and constitutional rights. As Eldon Eisenach notes, “in all cases, a rights-based language of constitutional law, economic freedom, and political democracy is firmly rejected” in the progressive mindset.

Unlike populists and socialists, progressives did not embrace the language of class conflict when protesting large proprietorship capitalism. They did, though, concur with Marxists’ love affair with expansive state power. Progressives had no complaints about working people answering to elite-controlled institutions and organizations as long as those institutions agreed with their preferred sensibilities—just like contemporary progressives like Obama and Kamala Harris have never had any qualms taking millions from Silicon Valley lobbyists and “entrepreneurs,” who, like the politicians themselves, boast the requisite elite credentials.

n the progressive model, counteracting the thought crimes and behavioral failings of American heartlanders provides the mandate for their coastal superiors to monopolize power while pushing economic inequality to the periphery of legitimate social concern.

Every “Black” and “brown” face wealthy and well-connected white elites see next to them in an Ivy League classroom, corporate boardroom, or academic committee meeting lets them know that the system is just—and that they earned their own places based on their merits. As for the poor, the vast majority of whom are white, if they wanted a better future they could have “studied harder in school” or, as Rahm Emmanuel recently put it, “learned to code.”

The recent emergence of a fashionable American socialist movement only made this point even clearer in 2020 as much of the energy behind Bernie Sanders was diverted from populist economic concerns into culture war theater for upper-middle-class radicals.

…today’s “anti-racism” …that takes progressivism far afield from its origins. In fact, the enforcement of a racialist hierarchy has been a key component of the progressive ideology since its birth.

If we recognize this racialist origin point of progressive thought, the inverted KKK ideology of the new woke hierarchy can be understood as the overzealous expression of a core identitarian precept of progressive thought. In an attempt to repent for the country’s past sins, today’s woke progressives have taken the KKK’s notions of Saxon superiority that Woodrow Wilson and most of the 1910s progressives upheld and turned them upside down.

In the woke version of the state of nature, all ethnic groups, sexual orientations, and genders would, if not for systemic racism and bias, be found equally in all job categories, educational admissions, and government offices. Aggressive diversity, equity, and inclusion practices are carried out in the name of anti-racism and similar ideologies with the aim of restoring society’s supposedly natural, uncorrupted state.

To most poor and working-class Americans of all ethnic backgrounds, progressive “diversity, equity, and inclusion” programs come across the same way that “prohibition” did in the early 20th century—a gigantic, paternalistic social experiment waged by elites and invoiced to those of meager means, whose consequences the American bourgeoisie will itself avoid…

The increasingly aggressive—and probably often illegal—race- and gender-based hiring and admissions programs now common across college campuses are sold as the answer to everything that’s wrong in today’s monopoly heavy oligarchic America: police brutality, wage stagnation, rapidly declining enrollment in the humanities fields, you name it.

Now well into its second act, progressive racialism serves the same function it did in the Gilded Age: hiding class and regionalist prejudice beneath cultural battles. Smiling darkly in the shadows lurks America’s unspeakable injustice—an economic system that is generous to the rich and cruel to the poor.

What Is Progressivism? was last modified: December 3rd, 2020 by Guest Contributor Ken Reid