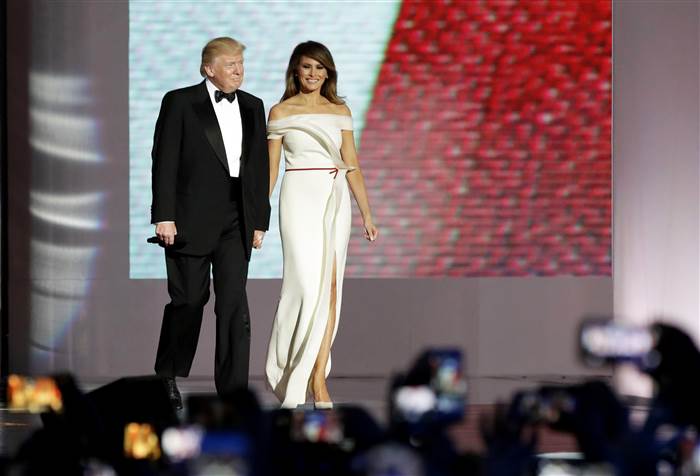 I think we can all agree that Melania Trump look stunning on Thursday night, at the Inauguration, and at theÂ Inaugural Balls.

On Thursday night then President elect Trump and his wife attended a big donors’ dinner at Union Station in Washington DC. Melania’s gown was a show stopper, form fitting, gold dress by Reem Acra, Â a designer from Lebanon. 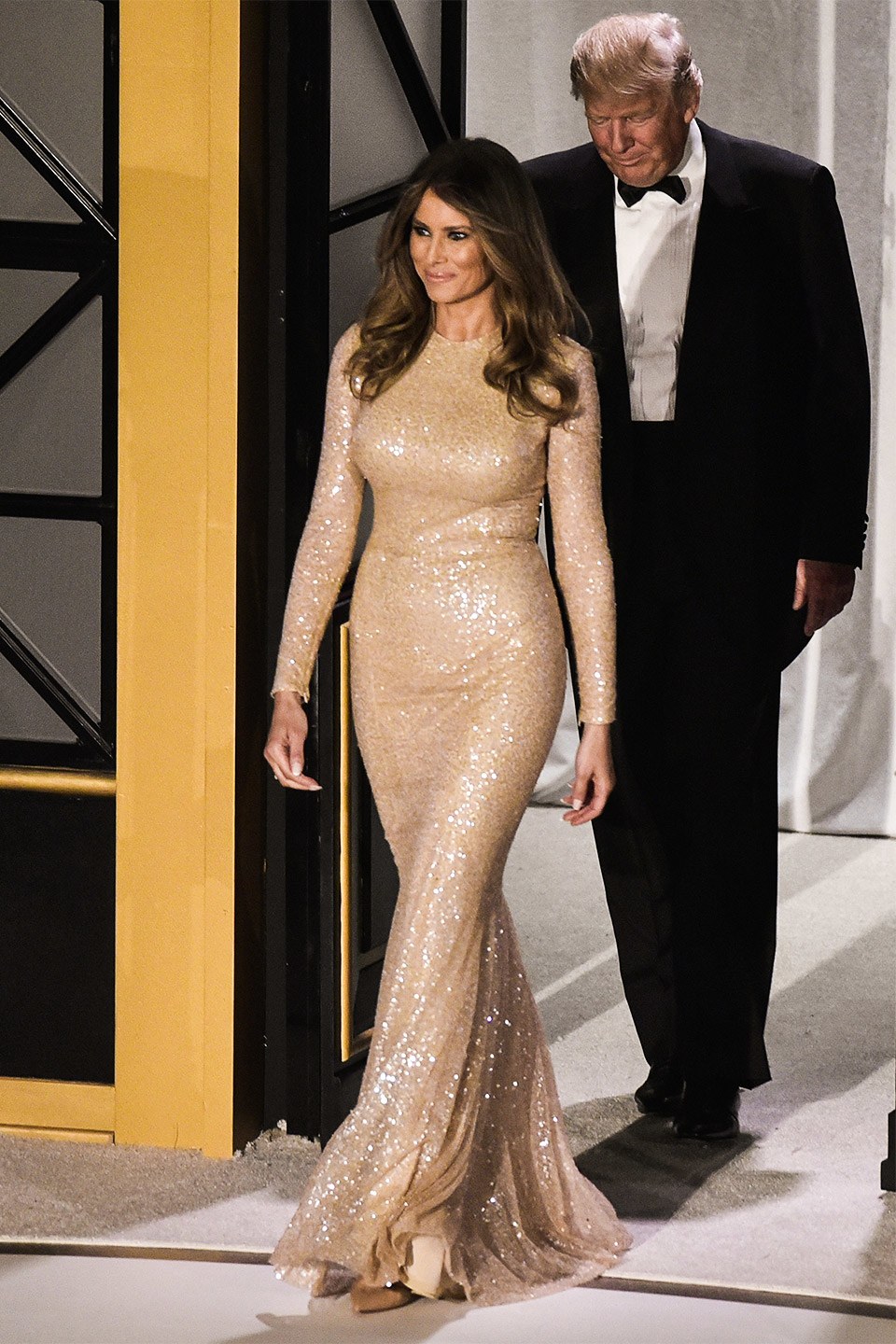 On Friday for the Inauguration Melania Trump wore a powder blue dress and bolero jacket by Ralph Lauren. She was the first First Lady to wear powder blue since the Jackie Kennedy became First Lady in 1960. The dress and jacket were gorgeous and I loved her matching leather gloves and shoes. 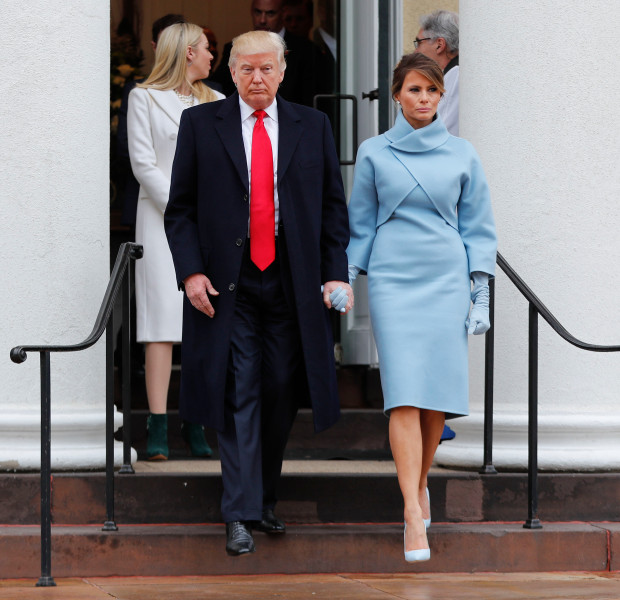 At the Congressional lunch following the Inauguration Melania removed her jacket to reveal a simple blue dress. What struck me with all the dresses, Melania never wore any jewelry other than earrings and large ring with her Ball gown. Â A necklace was never necessary, it would have been gilding the Lilly. 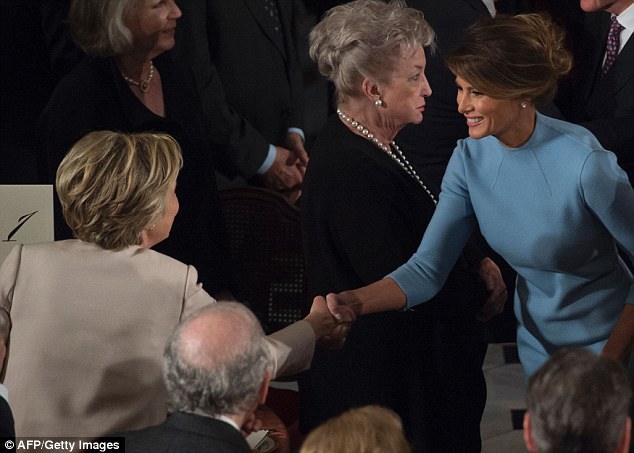 Who wore it better? 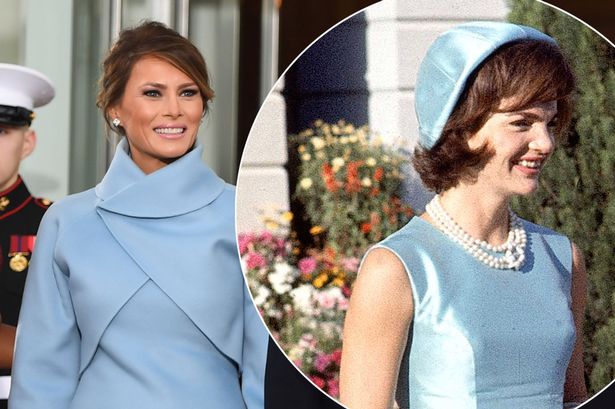 Melania’s Inaugural ball gown was white, sleek, and beautiful. It was aÂ collaboration “between herself and HervÃ© Pierre, former creative director of Carolina Herrera”.Â Gorgeous gown: 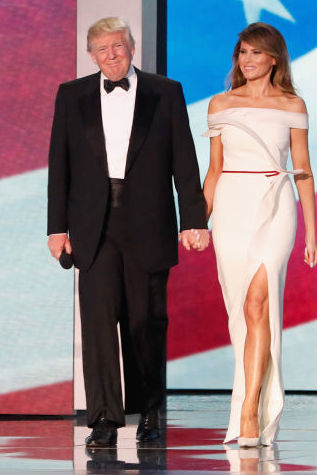 Ivanka Trump, The President’s daughter also wore a beautiful gown by Carolina Herrara, photo by AP of Ivanak and her husband Jared: 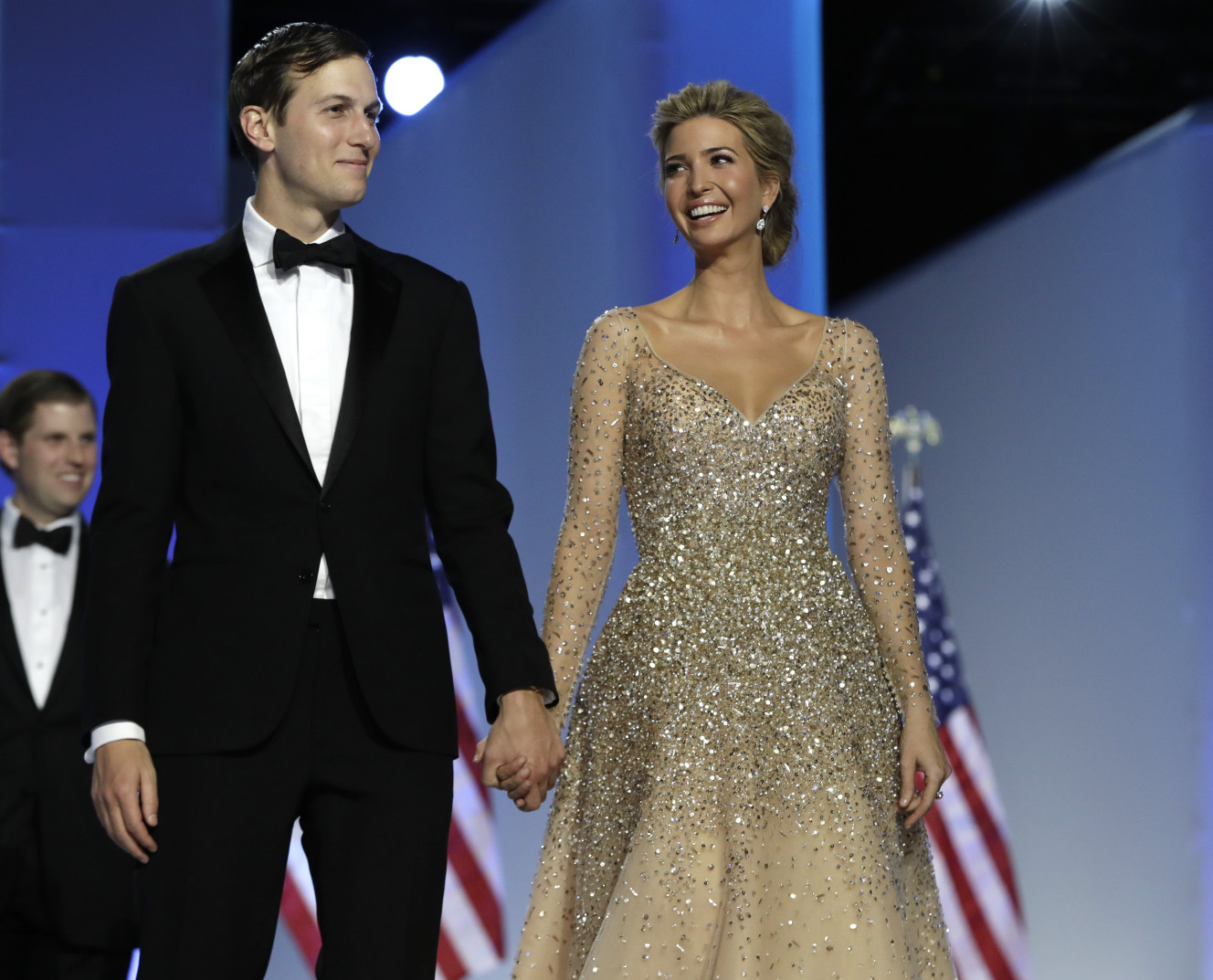 Our First Lady is stunning!

Yup, they sure do!

Yes ,
MS. Jeanine we do have a stunning First Lady , let’s hope she keeps Trump grounded.
Boy I sure do like Laura Bush though and I can only pray that my son’s bring
home ladies like Laura.

Beauty and Class in to very different forms.

To the comment below ;
Kellyanne smart choice , never go wrong with the Red White and Blue.

A style of another day , perfect for the proper occasion.
No one else will be able to make it even look the same.

You think Rachel Maddow is
jealous?

I loved this! Kellyanne looks very patriotic! What a great way for her to celebrate her 50th birthday!

I was disappointed at many in the media and Hollywood who suddenly became fashion critics going after Kellyanne Conway yesterday. In my humble opinion, she looked elegant as she usually does.

She would have made the Continental Army break rank in the parade.

When I first saw her wearing that I said; wow no one’s going to beat that!

I wonder did she search it out,
was it all planned.
Definitely
America the Beautiful

Not to derail lovely train of pretty.
Don’t forget Thursday night concert, right in line.
It was a American Inauguration all the way.