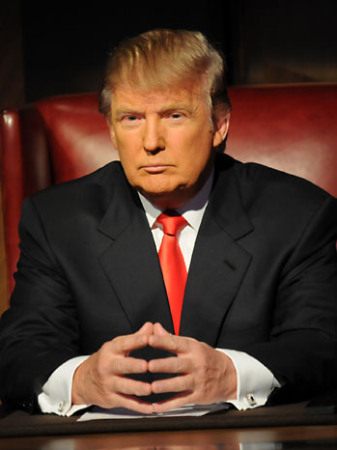 What the 2016 Republican Primary is Really All About

If you would have asked me in April, what the top 5 issues of the Republican Primary would be, I’d have said, without blinking, “Obamacare, Spending, Debt, a sputtering economy, and ISIS”. I would have been wrong on all counts. The Republican Primary isn’t about any of those things. It’s about Donald Trump, The Donald, Trump, China, and illegal immigration.

I’ve got to be honest, I didn’t see this coming. The grassroots, having fought ferocious battles with the Republican Establishment for six long years, seemed primed for the fight of their lifetime. But who would be their standard-bearer? Would it be Ted Cruz? Rand Paul? Scott Walker? Marco Rubio? Or would Bobby Jindal or Rick Perry improve upon their national popularity and unify the Republican Party? They all began positioning themselves to lead, touting their records, their conservative bonafides. Ted Cruz kept reminding voters about the importance of a consistent record of Conservatism, and for the briefest of moments, conservatives were attentive.

Then, Donald Trump stepped out of an airplane and told illegal immigrants, the federal government, and the media to go screw themselves – and all hell broke loose. Conservatives, no longer interested in the long hard battle, lined up to throw fruit and garbage at all those elites that have always spat upon them from atop the towers of establishment hegemony. If only Rand Paul would have just come out and said, “Federal Government, Go F Yourself!”. He’d be leading in the polls. Conservatives would yell, “Somebody finally said it!”.

And I guess at the end of the day, that’s really where we are… ready to burn the whole damn thing to the ground. And why not? What’s left? As Mark Levin has said, it really doesn’t matter if we win one election. This is a century long battle staring us in the face and a century is a very long time. And sure, we’ve complained about all of Obama’s illegal executive orders, but what if, in the style of a South American Big Man, we elected a powerful American tycoon, to issue a couple illegal executive orders of his own and to use the depth and breadth of the Oval Office to lay waste to everything these corrupt Republicans and Democrats have built since FDR?

We don’t think Ted Cruz or Rand Paul can do it, but we think that Trump can. Why? Because he’s The Donald! He’s rich and powerful and he looks down on these lifetime politicians that he’s purchased for pennies on the dollar. See, we can trust Trump, because he knows how corrupt these establishment politicians really are. When Trump wants to take somebody’s land, he just buys the right politicians, and then, like magic, through eminent domain, the government just gives him the rights to the land and the plebes are shaken off. He knows how this system works! He can change it!

I don’t know folks. Maybe I’m reading this all wrong, but I don’t think Donald Trump is bread and circuses. I think he’s Caesar. I mean, Trump is killing everyone in the polls. He’s more popular with African Americans and Hispanics than almost any other Republican candidate. He probably could win if he sticks it out. I just don’t feel comfortable putting my liberty and my constitutional rights in his hands. My greatest fear is that under such a President, we would no longer be citizens, but employees; and yes, his employees love him, right up and to the point he squints his eyes, extends his finger, and says, “You’re Fired!”.