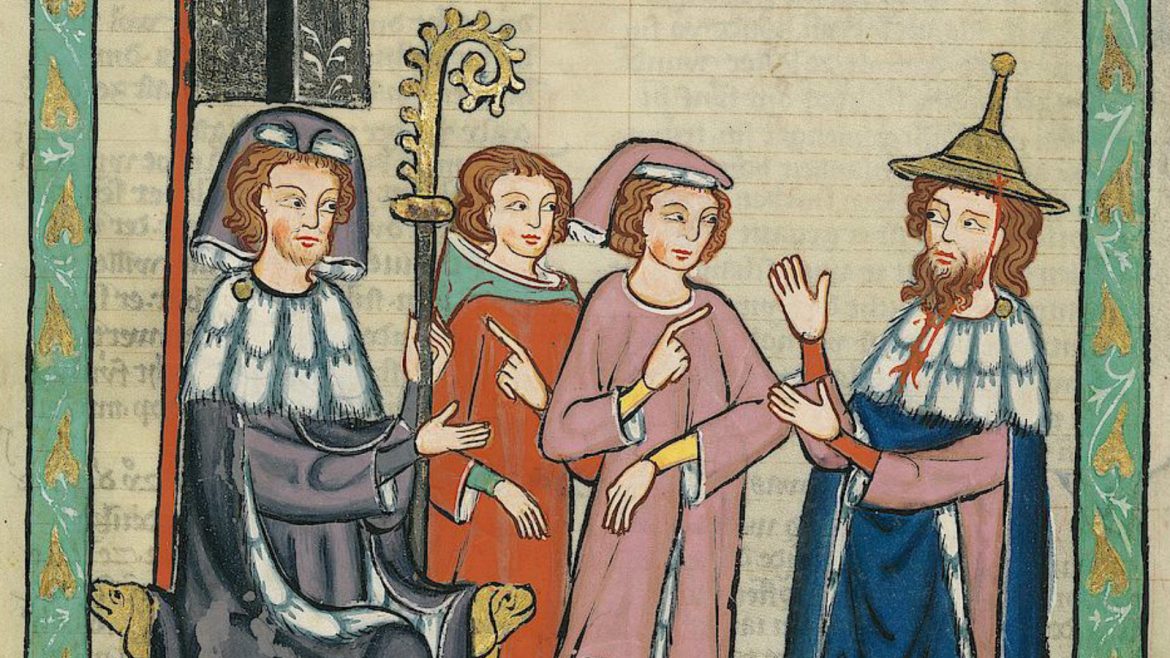 What the Jews of the Middle Ages Could Teach Us Today

Although Israel is a modern country and most of its Jewish inhabitants share a proud common Israeli identity, there is a huge difference in how Israeli North African Jews see the world compared to Israeli Ashkenazi (European) Jews.  The former are more traditional, nationalistic, and realistic than the Ashkenazi, many whom espouse liberal Utopian pipe dreams about “sharing the land with Palestinians”.  I tend to favor my mother’s Moroccan Jewish politics, which puts me at odds with Jewish liberals in both Israel and the U.S.  And while I believe today’s Ashkenazi Jews are too liberal, my Ashkenazi ancestors on my father’s side can teach us rightwingers a few important societal lessons.

It is no secret that the Ashkenazi Jews of the Middle Ages lived in an often hostile and threatening environment.  Therefore, to survive and thrive, they became adept at sealing themselves off from the mainstream culture and developing practices and institutions that suited their purposes. Back then Jews were content to live within the ghetto walls away from the Gentiles. The Jews had their religion and worldview and the Gentiles had theirs.  And there was very little in common among the two groups – just as with liberals and conservatives of today.

Fast forward to today.  With just about every mainstream cultural institution now under liberal domination, I think it is time that conservatives started to think of themselves as medieval Jews, surrounded by alien cultural institutions and hostile political rulers. Here are four suggestions we “Jews” ought to consider:

First, boycott professional sports whose owners, coaches, and players have thrown in with the Marxist BLM.  The Jews of the Middle Ages would not attend jousting matches that preached anti-Semitism.

Second, instead of sending our kids to colleges, we should advocate strongly for the return of apprenticeships – that is on the job learning coupled with supplemental online instruction.   Conservative leaders should lobby businesses and corporations to offer such work programs to get our young people into the work force at an earlier age.  While there are certain fields that require attendance at a technical college, much of what is “taught” today, could be handed via videos, online chat forums, skype, or Zoom.  It makes no sense to continue the status quo of sending our kids away for four years and burdening them with student loan debt, while they are being taught by leftwing professors. Medieval Jews would not have spent a shekel to send their kids to a church or Gentile school that preached that Jews were the cause of all the world’s problems.

Third, we ought to be able to have social media that caters to us.  Just as Fox News was set up to provide us rightwingers news free of liberal bias, we need our own versions of Facebook, Youtube and Google.   We need to migrate to those already in existence, such as Parler, and work to improve them.

And finally, I strongly advocate that we move away from liberal cities and states and began to congregate in red states and red counties.  The federal government is in debt and becoming irrelevant.  Sooner or later it will go the way of all once great nations.  Just as my ancestors separated themselves from the greater society, we should do likewise.  We can’t even elect a president without his coming under endless assault.  We cannot send our kids to school without their being brainwashed with “white guilt.”  We cannot even gather peacefully without being called “white supremacists” by the media and Democrats.  As recent events have shown, there is no living with liberals.  Therefore, to the maximum extent possible, we should build our own ghetto walls, and allow them to collapse far away from us.

What the Jews of the Middle Ages Could Teach Us Today was last modified: August 20th, 2020 by Guest Contributor Elie Goldner