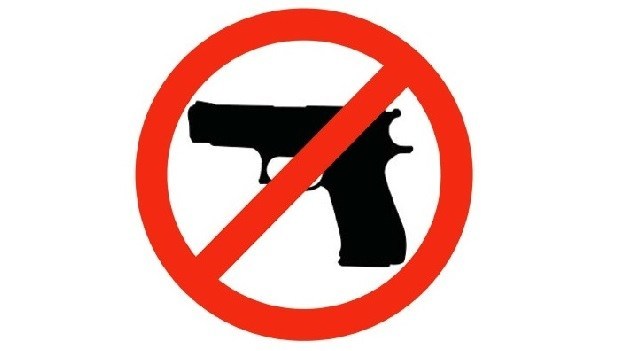 What the media miss when talking about guns

Kate Nixon worked as a compliance manager on the second floor of Operations Building 2 in the Virginia Beach Municipal Center. She was known for “always helping others.” She was a devoted churchgoer and president of the Pembroke Meadows Civic League.

She was also one of the 12 people killed by another municipal employee, DeWayne Craddock. Her murder was a horrible tragedy, and that was the national media’s focus.

But on May 30, the evening before the attack, Nixon was worried that Craddock and another co-worker were dangerous. She talked to her husband, Jason, about whether she should hide a pistol in her handbag. Nixon decided not to do so because the city bans public employees from having permitted concealed handguns at work.

Not all municipal governments in Virginia ban employees from carrying guns. If Nixon had worked in Bedford or Campbell county, she would have been able to carry her pistol to protect herself at work.

The “Operations Building” housed print services, mailroom services, planning, public works, public utilities, traffic engineering and communications and information technology for up to 400 employees. This wasn’t a place for customers or the public; they could pay their bills in another building.

The public is allowed to carry permitted concealed handguns in city buildings, but the Operations Building was not your typical city building. In addition, the killer used his employee key card to access employee-only locations where no one would be carrying a concealed firearm. Attacking a gun-free zone gave him a chance to kill more people without anyone firing back. The shooter gained even more time because the police had trouble entering the area without a key card.

Mass public shooters want to kill as many people as possible, so they deliberately attack gun-free zones. Since 1950, 98 percent of mass public shootings in the United States have occurred in places where general citizens can’t shoot back. Unlike his law-abiding colleagues, the ban didn’t stop the Virginia Beach killer.

Nixon isn’t the only tragic example of a permit holder who could have saved lives. Assistant football coach Aaron Feis might have been able to stop the shooting last year at Stoneman Douglas High School in Parkland, Fla. Feis even worked as a security guard, but he was banned from possessing his permitted concealed handgun.

Instead of abolishing gun-free zones, the Virginia Beach City Council has taken the wrong lesson from the attack. Now, the city government is pushing to create even more gun-free zones, oblivious to the fact that the killer, who shot people in the operations building, was already banned from having guns there.

Given the mainstream media’s persistent failure to mention when an attack occurs in a gun-free zone, the Virginia Beach City Council’s misguided reaction is understandable.

The media’s omission of facts is sometimes so flagrant that it seems intentional. After the Virginia Beach attack, the Wall Street Journal noted, “In Virginia, it is legal to carry guns into public buildings, with a few exceptions.” While literally true, it is completely misleading not to explain that one of those exceptions forbids Virginia Beach employees from carrying permitted guns in public buildings where they work.

The national media also ignores stories of armed private citizens stopping would-be mass public shootings. On the rare occasions that they do cover the stories, they get them wrong.

There have been dozens of such cases in recent years. Last fall, at a back-to-school event in Titusville, Fla., more than 200 youths were present when a man started firing his gun into the crowd. Fortunately, a vendor with a concealed handgun permit stepped in and shot the attacker, seriously injuring him. “This person stepped in and saved a lot of people’s lives,” Titusville Police Sgt. William Amos said. “He’s a hero.”

With biased news coverage like this, it is hardly surprising that so many people are unaware of the enormous benefits of concealed carry. The media’s unbalanced reporting of shootings comes at a great cost to society.

What the media miss when talking about guns was last modified: July 8th, 2019 by Guest Contributor Sen. Dick Black