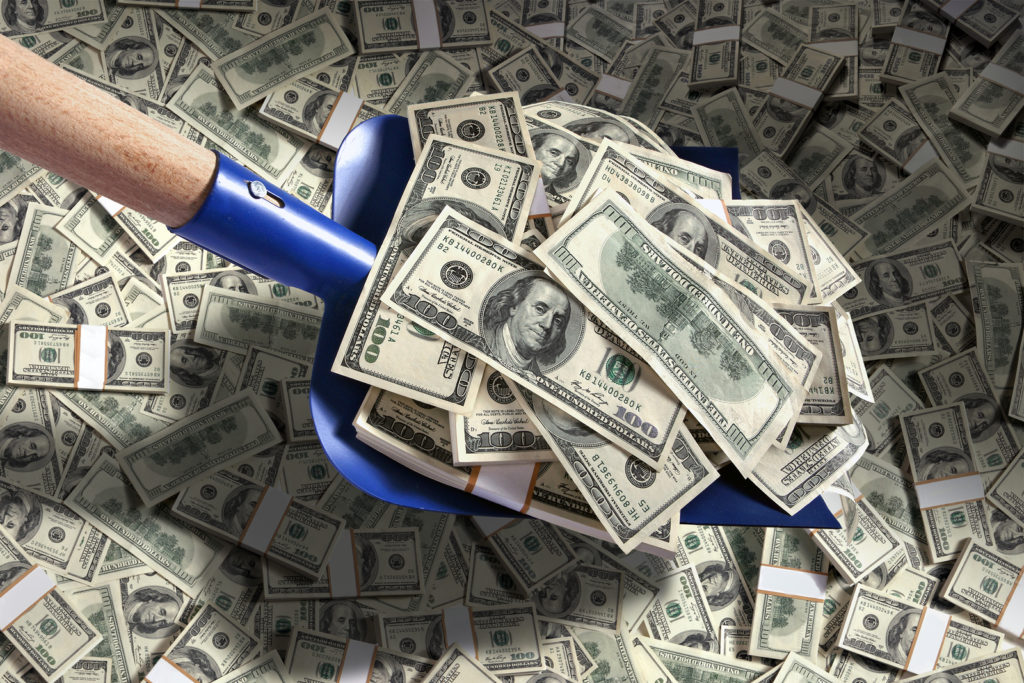 What to Do with Virginia’s Pile O’ Money

Virginia is expected to close out the year with a $2 billion budget surplus. An estimated $900 million is required under the state constitution to go into a rainy day reserve fund. That leaves roughly $1.1 billion for the next General Assembly and Governor of Virginia to play with.

According to Brandon Jarvis’ Virginia Scope newsletter, the two candidates for governor, Glenn Youngkin and Terry McAuliffe, have very different ideas of what to do with the surplus cash.

“Virginia families deserve a tax refund from this surplus,” said Youngkin spokesperson Macaulay Porter. “Investing in our kids and our schools, public safety, and infrastructure is the right thing to do.”

Vague… very vague. But at least the statement signals a willingness to return something to taxpayers and to slow the relentless growth in state spending. By contrast, McAuliffe is campaigning on a promise to spend $2 billion per year more on education — much of it to boost teacher salaries.

Said McAuliffe: “I have talked about this for a long time, we have always tried to do it on the cheap, we are 50 out of 50 states on average teacher pay compared to the average pay of our resident. We need to invest in education. I think it is the single biggest thing we can do. If we do that, we build the best workforce in the country — businesses from all over the globe will come into Virginia.”

World Population Review publishes a ranking of teacher pay by state in 2021. With an average pay of $53,267 Virginia ranks 19th from the bottom — below the national average but far from the lowest in the country. But according to Business.org, in Virginia teachers have the worst relative salaries compared to other full-time employees — 28% less. (That study did not adjust for teachers’ time off during winter, spring and summer vacations.)

McAuliffe does have a point. But does it matter? How does teacher pay correlate with the quality of education? It seems intuitively obvious that paying more will help schools recruit and retain more and better teachers. Turnover is a terrible problem. But, as we have written on Bacon’s Rebellion, while pay is a significant factor, so are teacher feelings of how they are treated by administrators and challenges posed by disruptive students.

Naturally, there are studies aplenty — mainly written by educators — making the case of higher pay for teachers. And let us not forget that teacher’s lobbies are a core constituency of the Democratic Party. According to the Virginia Public Access Project, the American Federation of Teachers has donated $50,000 to McAuliffe’s campaign this year (and $25,000 more to Attorney General Mark Herring), while the National Education Association has contributed $50,000 to the House Democratic Caucus.

Erik A. Hanushek, a Stanford University economist, has argued that higher pay can improve student achievement if it is tied to outcomes. “It’s not that resources don’t matter and that they can’t matter,” he said, as quoted in Education Week. “It’s that you can’t trust that you can just drop in a pile of money and expect good performance to come out. …  I think that there’s still a case to be made on targeting extra resources on schools to get better performance.”

That’s probably not what McAuliffe has in mind, as teachers’ unions generally resist accountability. It’s not clear how Youngkin would prioritize public school spending. But the higher-pay-for-better-outcomes idea might be a winner with taxpayers who want to support public education but are wary of indiscriminate spending.

What to Do with Virginia’s Pile O’ Money was last modified: June 25th, 2021 by Guest Contributor James Bacon

Yeah, they should give it all to the teachers who, in 2020, were the PARENTS. Send out tax refunds!

What to do with the money? Simple.

1. Make the teaching of Critical Race Theory mandatory in grades 1 – 12 and all four years of college.
2. Buy grade-specific textbooks, workbooks, video and other instructional material and hire CRT teachers.
3. Hire Rev. Al Sharpton to head the CRT department in the State Dept of Education.

Republicon!!! wow did you think that one up with your own little brain?

Richmond could also erect Career Criminal George Floyd Statues along monument avenue… have an action one where he’s putting a gun to a woman’s stomach while robbing her apartment!

You know liberal moron fact checking service Snopes said that the woman actually wasn’t pregnant… Thanks for that Snopes… it is a relief to know that he only put a gun to a non pregnant woman. Snopes is such a great service for weak minds like TBE’s own Eric and Old Douchebag (now WTF)… It didn’t dispute the gun to the woman’s stomach though…