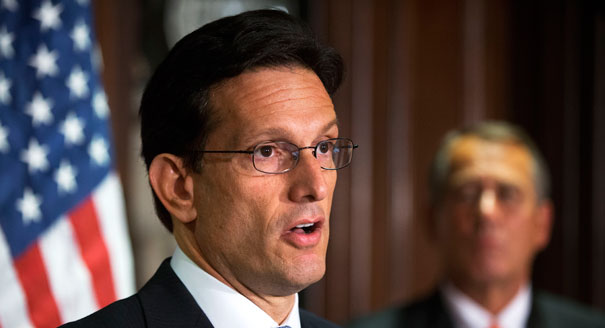 What Trump and Cantor Taught Me

I am Constitutionalist and a libertarian. The Republican Party is the only political party that offers me candidates, politicians, activists, and politicos who speak and understand my language.

Rarely do the people who excite me rise to power within the party. Patriotic, conservative, activist, true-believers work their tails off to elect dark horse candidates for office.  However, usually in their attempt to burn the establishment to the ground, they discover that fire is catching, and they end up burning their own favored candidate’s campaigns to the ground as well.

However, Eric Cantor enjoyed a meteoric rise from freshmen Congressman from the 7th District of Virginia to Majority Leader of the House of Representatives. Donald Trump went from billionaire playboy to President of these United States. These men don’t represent the kind of political philosophy that excites me. Then again, they aren’t philosophers desperately focused on preserving the Scottish Enlightenment and Western Civilization for its own sake.

Eric Cantor, like many of the folks we sent to Washington D.C., was elected by conservatives – but then ended up representing those interests in globalist capitalist fashion, and Globalism/Capitalism has destroyed Communism the world over.

I support capitalism. However, the average American is so removed from the pressing issues of global capitalism and globalization that they’ll never understand how any of this benefits them. Ex-Congressman Eric Cantor fell victim to the age old political reality that all politics is local. The blue collar worker in the 7th District doesn’t care if a then-Majority Leader Eric Cantor established international relationships that expand access to foreign markets for large Virginia businesses, when their jobs were shipped overseas in exchange for lower tariffs on sugar or American automobiles.

See, once we send these men and women to Washington D.C., we place them in the middle of a political cage match of competing markets, self-interests, and rent seeking. What’s good for the country isn’t necessarily good for Richmond, or Pittsburgh, or Dayton, or Detroit.

Donald Trump…excuse me, President Donald Trump, understood this and essentially scoffed at the complexities of the global economy. Instead, he simply asked Americans who went from high paying to low paying jobs, who went from having a job to unemployment, who went from surviving on a small sufficient salary, with limited benefits, full time, to having no benefits working two or three part-time jobs, “What does it matter to you what benefits the collective, if it has to come at your expense?”

Now, Trump won the national election fair and square. This tells me that a significant number of our fellow citizens have suffered enough under our current global outlook, that they no longer care for abstractions like “What’s good for America?”

Why does my family have to suffer for the good of this abstraction the media and the globalists call “America?”

The truth about the global economy is that resources are scarce. Corporatists and Globalists aren’t interested in listening to pseudo-intellectual activists waxing philosophical about the importance of preserving enumerated powers. If we don’t get market share in countries X, Y, and Z, then China, or Russia, or Belgium will. These are the facts and who cares about Bastiat or Thomas Reid? Are we supposed to sacrifice the future economic security of the United States of America because…Bastiat? Because John Stewart Mill? Because James Madison?

Ideals have never fared well in a world of scarcity. The founding and framing of the United States of America is a once in five thousand years phenomenon.

What Eric Cantor and Donald Trump have taught me is that my constitutionalism, conservatism, capitalism, and libertarianism will never matter to the majority of people living in America. I’m 37. I don’t have children. I can afford to worry about what’s right and what’s wrong. About 10,000 college professors get paid well to worry about such things.

The American people don’t care about philosophy or economics or geopolitics. They want to make sure they can afford to send their children to good schools, afford instruments for band, and uniforms for their kid’s soccer team. Husbands and Wives don’t sit around the kitchen table discussing Bastiat and Montesquieu (other than maybe Nick and Tina Frietas). They talk about how they are going to afford to pay ridiculously expensive tuitions and retire at the same time; or will one of them have to work until they are 85? Speaking of 85, will there even be a viable healthcare system that allows them to live that long in the first place?

Western Civilization is waning. The Corporatists and Globalists couldn’t care less about my “philosophy.” They are worried that China, or Russia, or the EU is going to corner emerging Indian, African, and South American markets and push the United States out. They are worried about whether or not, in fifteen years, American companies have any leverage at all, or a seat at the table when it comes time to decide trade deals. India and China have massive populations willing and increasingly able to do jobs that Americans get paid a decent living providing. Are they supposed to just sit around and listen to conservatives bitch and complain about the Import Export Bank? How do we keep Japan as an ally fifty years from now? Or will China look more attractive?

I get it. I really do. I get Eric Cantor and Donald Trump. I understand their supporters. I’m not angry with that “nice Mr. Cantor” or flamboyant Donald Trump anymore.

One problem remains – why do all these markets and jobs exist in the first place? Why do countries that value the property rights of their citizens and businesses receive the most investments? Why do citizens in nations with low tariffs have cheaper goods and higher standards of living? Why do powerful empires like Great Britain and the Union of Socialist Soviet Republics crumble? Why does imperialism fail? Why did Colonialism fail? Why is it impossible for one worldview to rule over another worldview without force?

Eric Cantor and Donald Trump need James Madison, Bastiat, Montesquieu, and Thomas Reid too; if they don’t want to get lost in the self-interest of their special interests.

Sure, my guys will never be a majority. We’ll never be the significant force in American politics; but you ignore us at your peril. Even if all we ever get to do is that when one side or the other goes too far, hold your heroes accountable and help the “other side” take your guys out. I get it – ideals and philosophy aren’t bread, they aren’t pensions, they aren’t entitlements, they aren’t bailouts. In other words, in this world, they aren’t the priority. However, I assure you, without them, all your contrived deals, systems, and arrangements will collapse at the cost of the very things you love and support.

There… I said it.