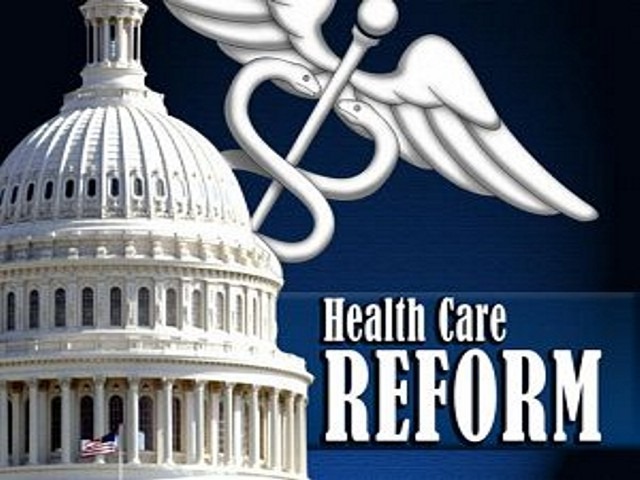 Repealing Obamacare is back in the news. Â But what would real reform of the health system mean? Â What we really care about is not who has medical insurance but about getting the best medical care as economically as possible. Â So any worthwhile reform needs to focus on how to bring medical costs down while encouraging faster development of medical advancements.

Being â€œcoveredâ€ by insurance does nothing to solve the really critical problem of controlling costs and encouraging medical progress. Â In fact, comprehensive insurance is leading to increased costs. Â Medical costs account for nearly 20% of our national economy, more than $10,000 per person (http://www.pbs.org/newshour/rundown/new-peak-us-health-care-spending-10345-per-person), and with our population aging those costs are expected to grow at 5.8% per year for the foreseeable future, nearly 3 times as fast the overall economy (about 2%). Â Â This spending severely handicaps the growth of the rest of our economy. Â Think of it as a 20% tax on everything that we would rather spend money on. Â The CEO of GM once described his company as a health insurance provider that also made cars. Â The price of your new car includes a fair chunk to pay the health care costs of the auto workers. Heath care costs reduce investment that could improve productivity and increase government deficits. Â Dare I say ever expanding health care costs are a cancer on our economy.

No one wants to spend money on health care, we just want to be healthy and not have to bother with Doctor visits, labs, and all the rest. Â That is why everyone wants free health care, we really hate to reach in and spend $400 on a checkup when we could spend that money on the things we really like. Â So people want not only health insurance but insurance with low deductibles and copays. Â But those types of policies encourage greater health spending and less attention to costs. Â High deductibles on your car or home insurance make good financial sense. Â You get much lower premiums if you pay, say, the first $1000 of a loss. Â Your car insurance doesnâ€™t cover oil changes, your home insurance doesnâ€™t cover air conditioner check ups. Â Think what you would pay if we expected insurance to cover routine maintenance, yet we expect health insurance to provide part of those costs. Â Thatâ€™s only one reason why health insurance is expensive.

True reform would put consumers in charge. Â That means giving consumers an incentive to reduce health care costs. Â Â To do this ideally we would need to radically change health insurance. Â The current insurance system, which pays for some things and not for others while exposing those without insurance or those with insurance who want a service not covered, to catastrophic â€œretailâ€ prices fails on several counts. Â Putting consumers in charge would push providers to post prices and consumers to shop around. Â Markets and competition are very powerful at encouraging lower costs.

Consumers with decent insurance donâ€™t see these costs, so they have no incentive to pick cheaper options, providers have no incentive to limit services or costs, as long as they are reimbursed by insurance companies at a high enough rate. Â Indeed, lawsuit risks encourage more and more tests. Â The rise of medical tourism (average cost of a day in a US hospital $4287 vs $853 in France) and the few providers that post their prices (Topol, p. 248, Oklahoma Surgery Center, cited in Topol152) demonstrate that US prices are way too high.

Putting consumers in charge would include allowing insurance companies to competitively craft policies to meet a variety of consumer demands, including high deductibles and options in what is covered. Â Your auto policy gives you options: it can pay for towing or rental cars, for example, at extra cost. Â Presumably, those who donâ€™t have health insurance through their employer (a whole different subject) would opt for a policy with a reasonably high deductible but one where the insurance company pays nearly everything beyond that deductible (like home or car insurance). Â The consumerâ€™s real concern should be an illness that can cost hundreds of thousands of dollars that would destroy their family financially. Â The poor would no doubt need to be covered by some government subsidized option, but Medicaid could certainly be improved on.

But even more important than providing everyone with insurance is encouraging faster progress in health care development. Â We are on the cusp of major changes in health care. Â Genome sequencing, nanotechnology and â€œbig dataâ€ hold promise for real improvement in patient outcomes – and at a lower cost. Â My smartphone can take my pulse and determine the oxygen levels in my blood. Â Many more advances are in the work. Â Our cell phones may go a long way toward eliminating the need to have lab tests taken. Â Telemedicine, where patients interact with a Dr via a smartphone or computer should further decrease costs. Â The VA estimates it saves $6,500 for each patient participating in their Telehealth program. Â

Ever cheaper genomic testing (remember Mooreâ€™s Law) coupled with â€œbig dataâ€, that is comparing the results from large numbers of people will allow faster and more accurate diagnosis allowing the development of specialized treatments tailored to your specific genetic makeup. (Topol) Other researchers are making advances that may extend our lifespans while reducing illness and costs.

The future is bright, but the danger is that if we slip into a â€œsingle payerâ€ system, or a government mandated system, the incentives are for the government to resist coverage of expensive new technologies, slowing their introduction. Agencies like the FDA need to be redirected to encourage cheaper and faster introduction of effective drugs. Â These technologies become cheaper as more people use them, but they need to â€œget through the door.â€ Â

Consumer choice will open that door.

The first concern of any health care â€œreformâ€ is to assure it increases incentives to continue medical progress. Â It is our only realistic hope to control medical costs.

What would health care reform mean? That’s easy. It would mean that checkbook carrying lobbyists have been run out of D.C. That’s the only hope of anything in Washington.

See the first problem is that you seem to believe that it’s possible for consumers to be in charge. The only way that could be true is to not play the game in the first place. Why buy insurance if you can’t afford to pay the deductible? Millions of Americans are paying because of the mandate and never see a doctor. Can you say Free Money? But wait, there’s more.

Give up your genes and you incriminate your entire family descendants to a medical caste system for life. If you think there’s problems with not covering pre-existing conditions, just wait until they screen for pre-existing traits. On the plus side, they will give you a free genealogy poster of your ancestors if you sign up today. The down side is they can backtrack to a common ancestor and wipe out the entire gene pool if someday your relatives you have never met turn into a ‘risk’.. Better safe than sorry, pal.

Telemedicine? A doctor is going to bill for his time, whether it’s in person or over a cell phone. No cost reduction and probably an added fee to cover expensive medical software/hardware he was forced to buy.

Medical tourism: One way that insurers will cattle car you and a couple hundred others to Thailand or Mexico, not France. Or they could just delay your operation to the point where you fly your self and pay out of pocket like they do in Europe. They will have special airplanes just for you, with a ramp to speed the patients debarkation.

Just kidding… or not.

The right thing would have been a straight up repeal of Obama Care, but Ryan and the RINO’s punked out.

Trump is a lame-ass on everything so far. He said he’d cut corporate taxes, nope, looks like he isn’t going to do that. The wall ? Nope, won’t fight for that. Wouldn’t fight over health care. This dude is all talk and BS.

Meanwhile, the California courts are getting a lot done … running the whole country from their bench in San Francisco. Judges have legislated from the bench so much in the past few months its a wonder they don’t just move to Washington DC and sit in the capital building or the white house … you’d almost think they had been elected.

Nobody told Trump about the pythons. That’s a wrap for this election.