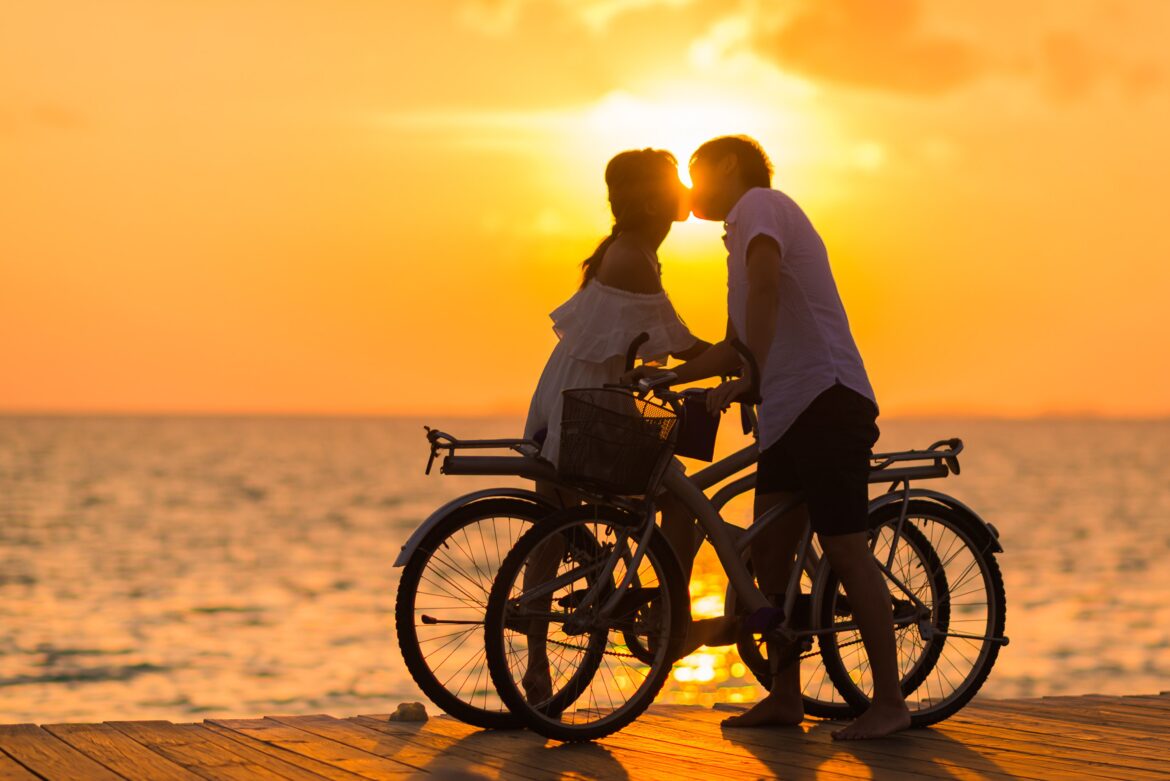 Whatever Happened to Love?

Perhaps it’s a generational complaint, or I simply expect too much. But I wonder what happened to great romances – real love – in our public culture, literature, and entertainment?

This is hardly a unique question that has come only to your humble observer of the culture. But on a recent road trip, my wife dug out some old CDs, and we were playing a couple of hours of old country music by the likes of Strait and Jackson and others, and the romance and love of a man and woman in song struck me anew, even in the song’s that you’d heard many times over the years.

They caught me with surprised delight because they don’t exist in the “new country” genre.

Many of the ballads are simple and even a little corny, but they’re rich in conveying the unique love that a man and woman share or should share. And even the songs about “love lost” are laments of a good thing ruined or missed – of a rich piece of life uprooted.

The romance and love of a union between a couple is such a profound mystery and seemingly so absent in our public culture, which mocks anything decent, worthy, or that can’t be explained.

To be clear, I think that great romances and love affairs and marriages still very much exist in the general population – I know my wife and I share a romance and love affair that has spanned decades and three children, bad times, and good. We refuse to let it slip away. In public, I see other couples with the little touch, the whispered word, and the kind of love that expresses itself without needing expression. I see and hear about love that won’t let go even on the eve of death.

But look how love is expressed in the modern culture of the twenty-first century. And I’m not picking on country music – it’s pervasive in all categories. In the movies for heaven’s sake. Look at comedy. And books. And, oh my, look at television. Now “love” is ripping off clothes for a sex scene in a one-and-done situation. Or a married couple is constantly bickering and dropping f-bombs like a B-52 bomber carpet-bombing a target. Comedy now is about how to belittle your spouse, not love and sacrifice for your mate.

In country music, at least, love is expressed in mostly physical terms. Shaking “booty” and such, or slobbering over a girl while pie-eyed. Not too much romance. In rock and rap, it’s a function without a purpose, evidently, without even shock value in the wider culture.

In books, again, there’s a lot of sex but not much romance. In my own books, I’ve tried to express the miracle of committed love. I’ve gone out of my way to try to examine what real love is – all without a bedroom scene. This doesn’t make me noble or holier-than-thou, but I just note that people often have commented how refreshing it was to read a novel without it.

Back to the culture. The language has a lot to do with minimizing romance.

When and how did we make the decision as a culture that every other word had to be the f-bomb, even in the Starbucks line? Men and women are babbling on, and I guess women think they are not keeping up with the boys if they don’t use it. More’s the pity.

Just look at the recent Oscars. Grown men and women in public – clothed in gowns of vulgarness. Will Smith’s slapping Chris Rock didn’t shock us as much as his public language afterward. And Rock’s. And the audience’s reactions. It reveals and stains them. It stains us.

Social media is an open sewer where seemingly no famous man or woman can post without a prominent f-torch thrown on the bone-dry landscape of what passes for cogent thought in our modern media.

But language is only one disintegrating value of love. How did sex get completely disconnected from affection, love, and emotion? Now men and women talk about getting (insert a variety of words here) as though it’s a thing to do, like brushing your teeth. It wasn’t really all that long ago that there were boundaries for language and the discussion of sex in public. And men generally didn’t use four-letter words in front of women – or at least tried to mitigate the use. And discussions of sex were more naughty than profane.

But that day is gone like a freight train. Now sex – such a marvelous and wonderful thing! – is degraded and paraded around as though it were a valueless trinket, not a precious thing of profound mystery and beauty.

I think I know the answers to my questions, of course. But I pity our younger generations. I think of how hard life can be when the bloom of youth wanes and how much love – and romance – and devotion of one to another bridges the raging waters of life.

[For romantics all: Alan Jackson sings his classic love song, “Remember When.“]

Whatever Happened to Love? was last modified: April 4th, 2022 by Michael Giere

One fundamental way to destroy the family is to equate the one night stand to “love”. The other day, I saw a Jerry Seinfeld standup comedy routine and he made a similar but slightly different point by noting the major difference between single guy and married guy. Some very interesting insights by way of comedy.

Yep. Our culture has been losing its true love touch for a long time… one pagan culture movie at a time.
I too have had some things to say about romantic love in the past (see links) and no doubt will have more to say later. https://www.virtueonline.org/its-not-really-love-western-cultures-misunderstanding-romantic-attachment
And for husbands in particular: https://virtueonline.org/pesky-issue-submission-husbands

Some romantic bluegrass songs (there’s a thousand more):
Classic covers: If I were a Carpenter (Shannon & Heather Slaughter)
Let It Be Me (Darin & Brooke Aldridge)

One great success for the liberals, corporate globalists, and the baby boomer generation of dumbasses was the destruction of the culture and elevating sex upon a pedestal of ever increasing bizarreness. They broke down religion, traditional values… replaced it with what you see on Hunter Biden’s laptop. Not the parts where he is covering his deals for the big guy.. Ten percent for the guy who can actually achieve what Hunter is promising… you know that guy who has been in gumment for forty plus years! No I mean the shots of Hunter with the Hookers, crack pipe etc. Hey Dunghead Martin and Erica! Isn’t that a great shot where he has the hooker by the hair?
Oh and let’s not forget the Ashley Biden diary with the passage where she took a shower with Joe, in her words, probably inappropriate…
I digress… No I don’t. The Biden’s are your culture Monsieur Gierre… Cheap… stupid… shallow… name it.. And I got to be fair here… Trump isn’t exactly a paragon of virtue either. But here we are… You are right. You are arguing for more enduring values… and you are absolutely right.