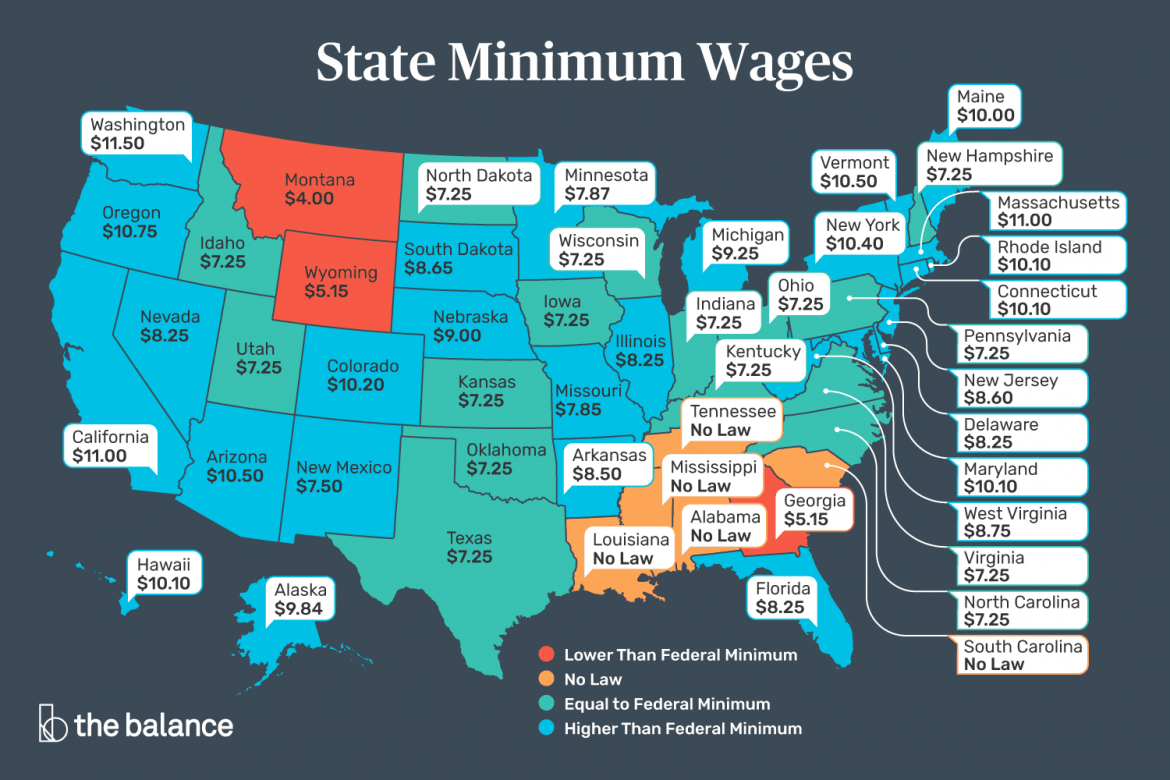 What’s at stake in November

Virginia Democrats proposed increasing the state’s minimum wage from $7.25 an hour today to $15 an hour by 2021.  Fortunately for poor Virginians, the Republicans in the state Senate voted the bill down. With the Senate and the House of Delegates up for election this fall, ill-conceived bills like this show the danger we are in if Democrats gain control of the legislature in this year’s election.

Raising the minimum wage to $15 hour is clearly racist, ageist and sexist.  No wonder the Democrats supported it.  Economic theory is clear – raise the cost of something (labor) and you get less of it (employment).  Moreover, setting a high minimum wage effectively forbids employing those less skilled and productive, typically the young and minorities. It encourages discrimination since an employer can afford to discriminate if the legal minimum is above the market wage.  And of course, if the wage is too high, employers can turn to automation and robots.

If a potential employee does not add to your profit, no business will hire her.  Low skilled potential employees don’t get hired, denying them the opportunity to acquire skills and work habits (and build a resume) by beginning at the bottom.  The higher the minimum wage, the more pernicious these impacts are. Raising the minimum wage will give employers greater incentives to find ways to replace these workers or use them less.  An example, a food service employee may have a work shift of Noon to 8 pm. Given a higher minimum wage, the employer may ask her to come in for the noon rush, say from 12 to 3 and come back (or hire someone else) for the dinner rush from 5 to 8, all the while considering if any part of the job could be replaced by newer techniques (automated burger cookers?).

Don’t believe it?  Well, our progressive friends on both coasts have decided to try out the $15 minimum wage again, showing they never learn from history.  Seattle jumped on the bandwagon by raising its minimum wage from $9.47 an hour to $11 in 2015 and $13 in 2016. The results according to the University of Washington:

…the second wage increase to $13 reduced hours worked in low-wage jobs by around 9 percent, while hourly wages in such jobs increased by around 3 percent. Consequently, total payroll fell for such jobs, implying that the minimum wage ordinance lowered low-wage employees’ earnings by an average of $125 per month in 2016.

Our preferred estimates suggest that the Seattle Minimum Wage Ordinance caused hours worked by low-skilled workers (i.e., those earning under $19 per hour) to fall by 9.4% during the three quarters when the minimum wage was $13 per hour, resulting in a loss of 3.5 million hours worked per calendar quarter. Alternative estimates show the number of low-wage jobs declined by 6.8%, which represents a loss of more than 5,000 jobs. (emphasis mine)

Of course, the left coast is not the only place that thinks it can mandate higher wages, from NY Post:

By Jan. 1, New York City will officially hike the minimum hourly wage from $13 to $15 for businesses with 11 or more employees, compared with a statewide increase of 25 cents in New Jersey to account for inflation.

And as New Jersey’s new minimum rate notches in at $8.85, or 41 percent lower than the Big Apple’s, Connecticut is standing pat at $10.10 hourly.

New York City is raising the minimum at the same time as we hear of an increasing number of stores closing in New York City,” said Michael Saltsman, research director at the Employment Policies Institute, noting how many of these enterprises offered “gateway” jobs in low-wage sectors. Those were a step toward higher pay later for workers who gained experience and more education.

(Note the size of the negative impacts from higher minimum wages depends on how much above the market wages are increased.  Since progressives wish to show that increases in minimum wages are good, many studies have been commissioned that show negligible impacts, but these studies are based on modest increases in the wage, not the sizeable wage increases proposed in Seattle or Virginia.)