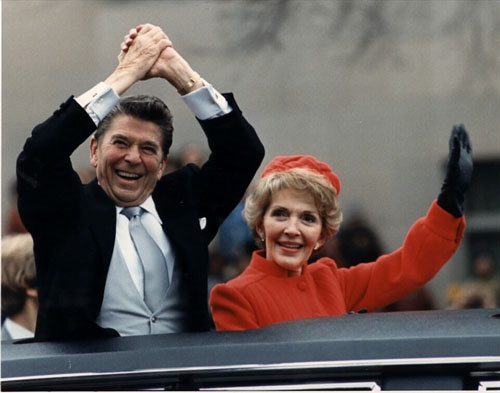 What’s in a Name?

When I came to Washington for the first time in 1981 with the Reagan Administration, I was excited. After helping run the two Reagan campaigns in West Texas in 1976 and 1980 (and my own Congressional race in 1978), I thought I would be surrounded by fellow “movement conservatives” who wanted to shake up Washington, trim its sails and return power to the American people.

It was like being called up from the minor leagues to the majors.

After only a few weeks I discovered that I would be more politically isolated in Washington than I’d been in Texas. As I made the rounds on Capitol Hill, I was struck by the fact that the majority of people on the Republican side of the aisle were essentially interested in process, not ideas.

Likewise, the more I came to know a larger body of appointees in the Administration, I learned that many – certainly not all – but nonetheless far too many, where never on board with the Reagan Revolution to begin with. Many were into personal goals and future earning potential. They also, were into process, not product.

The old adage, personnel is policy, proved to be true; and it is a testament to Ronald Reagan is that he got as much done as he did in spite of it.

After Reagan’s enormous success, the word “conservative” became the standard by which all Republicans would be judged; and thus virtually every Republican became – overnight – a conservative. Of course, this destroyed the word and its definition. The explanation of “conservative,” suddenly became whatever a specific candidate wanted it to be.

It is now used merely as a marker to connect politicians and pundits to a great and successful President, without having to actually have any intellectual kinship with the man, or the historical conservative movement.

In the Republican Party today everyone calls themselves a conservative, while many – if not most – of them actively accommodate or want a big, centralized, Federal government, massive spending, regulations, open borders, and, above all, no public accountability.

There is also a “conservative” media establishment. It consists largely of self-defined conservatives, some of whom, like Charles Krauthammer, who worked for Walter Mondale when he ran against Reagan in 1984, started out as liberals. Other self-described conservative scribes and prognosticators have never done anything tangible or constructive for the conservative movement; but they’ve carved a profitable niche for themselves explaining to all the rest of us how a conservative should think.

Still others, like the “house pets” at the New York Times and The Washington Post, are fine folks, no doubt, but the truth is that calling them conservatives is like calling Madonna modest; it just doesn’t fit with the reality of what you see.

The current re-imaging and re-definition of conservatism took its first steps within hours of President George H.W. Bush taking office in 1989. His new White House began a public campaign of leaks that dismissed President Reagan and his performance, and it was not long before Bush moved quickly to raise taxes and spending; the occasion of President Bush’s famous “read my hips,” quip defending his abandonment of his campaign pledge not to raise taxes – an event that sealed his 1992 defeat.

Bush’s loss in 1992 and the election of Bill Clinton, seemed to be redeemed in 1994 with the “Contract with America” and Newt Gingrich’s rise to power as the first Republican Speaker of the House in two generations. But his removal from power by a broad coalition of Republicans in 1999, followed by the rise of the “compassionate conservative,” George W. Bush, deflated the definition of the conservative movement even further.

This was followed by the lamentable McCain and Romney campaigns, both of which were publicly dismissive of genuine conservatism while using the label; not to mention a decade’s worth of House and Senate members who ran as “conservatives” only to vote too often as Democrats.

Today, as the blunt nationalist Donald Trump seems poised to snatch the nomination from sixteen other “conservatives,” party leaders, analysts and pontificators are all scratching their collective heads.

A healthy national self-interest and a belief in constitutionally ordered liberty has always been at the heart of the conservative movement, not a reckless internationalism that demotes our unique standing, and subjects Americans to share in the miseries of collectivism.

Regardless of the results of the 2016 election cycle, conservatives need to reclaim the ground that they stand on and its definition; re-establishing what it means to be a real conservative.

Conservative – The word is the same, the spelling hasn’t changed – but it doesn’t quite mean what it used to mean before it became the adopted nom de guerre of every careerist, beltway hugging, anti working class, establishment Republican looking to ensure their place on the federal cash gravy train or in a cushy job. If you use the word now, people will get all the wrong associations and react the wrong way and then you can convey surprise or self righteously lecture them on their general stupidity or lack of education but it won’t alter the facts that they have awoken from the scam. Why all the anger? It’s because the concept or experience originally assigned to the word “conservative” has NOT become completely forgotten to those looking at the pitiful left overs of the party of Reagan around them today.

+10 Great article. I have been a “conservative” all my life, and now I no longer want anything to do w/anyone that claims to wear that label. The word has become a JOKE, and I won’t get started on the term “true conservative”. I am an AMERICAN.

I remember Bush’s famous “read my hips” quip, the high point of his presidency, the spicy salsa dance he unleashed after that reinvigorated the US economy and brought a tear to my eye seeing that man’s passion.

Vote for Mitt Romney, the libertarian, constitutionalist, conservative.
America’s sane and only choice to beat Hillery.
Join us on the Lee Greenwood “Proud to be an American, made in Mexico bandwagon today.