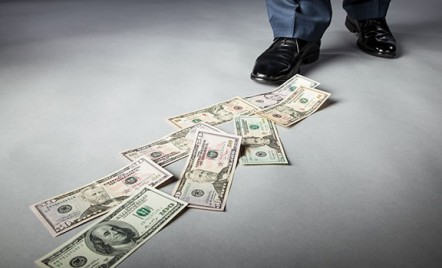 I talked to my mom on the phone this afternoon. She was surprised to have heard the opinion expressed on Fox News that it is time for Ted Cruz to get out of the race. Why, she wondered, were they not calling for Rubio to get out, since he has fewer delegates than Cruz and, unlike Cruz, has yet to win a primary?

I believe I know the answer, but first let’s recap what has happened so far in the primaries.

Of the five candidates still in the running (Jeb Bush announced his exit today), Ted Cruz is currently in second place for total delegates (11) after Donald Trump (61). Rubio is third (10). With 1,237 delegates needed to secure the nomination, the thing is far from over.

The South Carolina primary took place Saturday, and on the Republican side the results broke like this: 1) Donald Trump, 32.5%, 2) Marco Rubio, 22.5%, 3) Ted Cruz, 22.3%, with Jeb Bush, John Kasich, and Ben Carson each achieving only single digits.

Two primaries preceded South Carolina: In Iowa on February 1, Ted Cruz came from behind and left both Trump and Rubio in the dust – Cruz a comfortable 3.3 percentage points ahead of the next contender. In this case, all three conservative candidates (Cruz, Carson, and Rubio) out-performed their poll expectations, but Cruz was the hands-down winner overall, due in part to his superior ground game and a very enthusiastic and dedicated army volunteers who had been hitting the pavement across the state in the lead-up.

In liberal New Hampshire on February 9, Trump won handily, with 35%. Predictably, liberal John Kasich had what will probably be his strongest performance that night, coming in second with 15.8%. The really interesting thing is that Ted Cruz, by far the most conservative of the Republican field, beat out the remainder of the candidates in this state, taking third place with 11.7%, a performance in a pond not usually warm to a conservative and outspoken Christian candidate that raised eyebrows nationally. This result was hailed by some observers, and certainly by the Cruz campaign, as evidence that a principled conservative can indeed appeal to a wider electorate.

Now we are ready to return to my mom’s question: Why would hosts* on Fox News suggest that it is time for the Republican candidate in second place overall should exit the race?

Proposed answer: Marco Rubio is the last shot the Republican Establishment has at keeping immigration laws from finally being enforced, and Fox News (as evidenced, among many other things, by Karl Rove’s persistent presence as a political commentator – a point frequently noted by Mark Levin) is, sorry to say, mostly a GOP Establishment outfit at this point.

Amnesty supporters cannot (obviously) call for the front runner, Trump, to exit the race. Of course, suggesting Cruz exit is ridiculous at this point, since he is in second place, has proven himself willing to stand for the stated principles of the Party even when others crumble, and has run one of the smartest campaigns of all candidates (including the Democrats – but that is not saying much) this cycle.

But don’t stop reading yet! We’ve only just now gotten to the really important question, the question hinted at by the headline above and perhaps the single most emotionally driving issue of this election cycle: Why is the Republican Establishment so dead-set on Amnesty for illegal immigrants in the first place, when opposing Amnesty is not only the right thing to do morally (think equality of everyone before the law, national security, national sovereignty, and upholding the will of the people as embodied in laws they have legitimately passed through their elected officials), but also a winning issue nationally and even across partisan lines?

I believe the answer mostly lies with the adage “follow the money,” but unlike most people who attribute the motive to the desires of “big business” generally, I don’t think this is the major driver.

True, the U.S. Chamber of Commerce (Levin calls this the U.S. Chamber of Crony Capitalism) is one of the big villains pushing the amnesty issue today. However, since the labor market shifts for all businesses equally in the sense that when the market wage for a particular job in a particular vicinity rises, it rises not just for one business, but also for their competitor. Therefore, even with rising wages, in a free market any business owner who is producing a decent product or service and managing their business smartly can compete successfully – they will be at no disadvantage in the marketplace simply because labor costs increase.

So, except with regard to exports, I do not believe that “cheap labor” is really the core factor in the illegal immigration issue for businesses generally.

However, there is one set of businesses that does indeed stand to lose a huge amount of money if as many as 20 million illegal immigrants return (or are returned) to the countries of their citizenship: Banks, and in particular banks that have chosen (some for decades) to lend to people illegally present in the United States.

Bear in mind that banks doing this (by accepting, for example, the Matricula Consular card as valid identification to open accounts and engage in other business with the institution) has been a conscious, if risky, business decision. But many could not resist the allure of the profits and have counted instead on their lobbying influence in the end to prevent the will of the people to be enacted through the enforcement of the laws of the land.

Those banks that have chosen to go this route certainly did not count on the electorate getting this mad about illegal immigration, to the point at which they now face the actual possibility that the laws will be applied as written and immigration will return to the orderly process that it ought to have been all along.

So, at this time many of the largest U.S. banks face the potential of millions of illegal immigrants defaulting on credit card debt, home loans, car loans, college loans, medical loans, and so forth – if they return to the countries of their citizenship. This is simply unacceptable to the profiteers of lawlessness. So, they are going to fight the law, and they are going to fight the American people, and they are going to try every trick in the book, including lobbying and buying influence, to make sure you don’t win the day by returning the United States to a nation of laws.

This, I believe, is the major reason Ted Cruz is simply unacceptable as the Anti-Trump. Cruz’ support for equality of everyone before the law regarding immigration is identical to that of Trump, and so he will cause as much trouble to the banks in this matter as would Trump himself.

Finally, what must be done?

First, we must nominate a candidate at all costs who will return to rule of law and will not support different laws for different people via Amnesty. Preferably it should also be a candidate who does not like Obamacare. And who will appoint originalists to the Supreme Court. And who is reliable and has a track record as a conservative.

Second, we must anticipate and oppose the inevitable actions of those banks who have taken unethical risks and will then come running back to the American people for “bailouts” when their illegal immigrant customers default upon their return to their countries of citizenship. Nobody has forced certain banks to issue loans and credit to people illegally present, and the American people should therefore not have to bear the burden of those banks stupid and risky decisions.

Third, right now Americans should find out which banks have been issuing loans to illegal immigrants. Consider taking your business elsewhere.

The great thing about the United States, and one reason that it has long been the “Land of Opportunity,” has been the fact that everyone is entitled to equal treatment under the law. The United States cannot remain the Land of Opportunity if we are no longer a land governed by laws but instead become a place where each person does as he or she pleases and follows only those rules he or she finds convenient. The immigration issue cuts to the very core of who we are and to the very structure of American society. We are a fair-minded people and we must not start treating some groups of people differently than others. Most Americans understand this, even if the Washington elites and the business cronies do not.

(Disclosure: I like Ted Cruz, have personally endorsed him for President, and have volunteered and donated to his campaign.)

* I am trusting what my parents told me they heard Sunday on Fox, but as I seldom watch Fox News any more myself, I merely relate it according to our conversation.