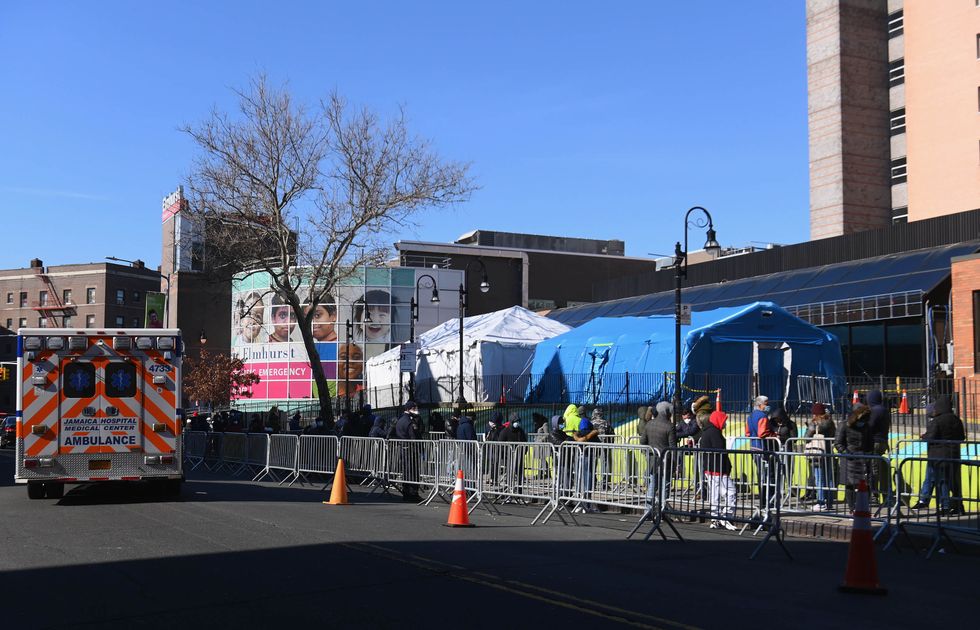 â€œIt is always the tiller of wisdom that takes us through troubled waters.â€

Easter is fast upon us.

For a large segment of the American family, it will be the first Easter ever that there will not be a corporate â€œAlleluia, Christ is Risen!â€ proclamation that closes one season of anticipation, and opens another of affirmation.

Few of us would have imagined in January that by Easter, the United States of America would be in the throes of a pandemic and well on the way to destroying its economy, with ten million citizens already out of work within weeks.

A prehistoric Coronavirus, in a new strain, and only 125 nano-meters in size, has brought the U.S. and the world to a new place.

But, weâ€™re Americans, and with Godâ€™s grace, weâ€™ll grieve, and celebrate the lives of the loved ones lost. Because of our free economy and the exceptionalism of who we are as a nation, weâ€™ll rebuild piece-by-piece what the unseen enemy took. We will be tougher for this and, hopefully, wiser.

It is always the tiller of wisdom that takes us through troubled waters.

In the second of three consecutive articles Iâ€™ve written on COVID-19 (here), I wrote about what I understood as an unknowable mathematical presumption, while the experts and their â€œmodelingâ€ were terrifying the public with wild predictions on the mortality rates, especially from the World Health Organization.

The theoretical speculations, sensationalized by the corporate media complex, ignited the hysteria that was difficult to overcome with logic or prior experience.

Fortunately, those early estimates were, in fact, wildly inflated; unfortunately, the damage was done, and the course of public policy was set in motion, in large part, using the WHOâ€™s estimates.

Now, when the last COVID-19 virus spends itself for want of a host, and it will, there will have to be some somber reckoning on the part of â€˜we the peopleâ€™ and conveyed to our elected representatives.

For instance, what are the ground rules going forward? When do we shut down the U.S. economy and destroy jobs and businesses and lives by launching economic chaos that itself takes or impacts millions of other lives in a thousand different and unseen ways?

(Iâ€™m thinking today, among others, about elderly shut-ins, marooned in solitude. Or the recovering addict who now fights alone against a demon that always waits at the crack under the door. Or the businessman or woman who has worked for years to build a dream, only to see it crumble overnight.)

Many commentators, including myself, have outlined that typical deaths in the U.S. each year from seasonal flu range from 18,000 to 35,000 (the 2017-18 season was 34,000), and worldwide the death toll is nearly 500,000 from the flu. Highly contagious tuberculous and malaria take an additional 2 million per year worldwide.

Of course, COVID-19 was a new and unknown strain, and its introduction to the public was nothing short of apocalyptic. (We were arguably in a similar situation in 2009 with the Swine Flu, or N1H1 virus, which took 14,000 lives with very little media attention.)

Regardless, the one single thing weâ€™ve learned is that correct data and the perspective it provides is crucial to making decisions. The moral problem of saving some lives at the cost of other lives is a constant companion to the human condition, which is why we need wisdom.

But the question will now stand; how far are we willing to go with this. Will we shut down our economy if we “model” that 15,000 will die, or 50,000? Or, will we shut borders down at the first sign of new contagions, or quarantine retirement communities immediately for every respiratory virus?

The other somber issue for the American public is that of China. There are many reasons why the U.S. should disentangle itself from its extensive relationship with China. First, China is an officially atheist nation, and its communism is antithetical to human liberty, human life, and western values at every level. The government is, of course, the Chinese Communist Party and the Peoples Liberation Army, and every business in China does so in partnership with them.

The average American can now see for themselves what Chinaâ€™s neighbors and those around the South China Sea already know. China is a rogue nation. It steals intellectual property and real property with impunity, and its word is worthless, as its trade practices demonstrate.

They are not our friends.

Stupidly, American executives and companies have pulled up virtually every sector of the industrial might in the U.S. and shipped it primarily to the Chinese mainland. Including almost all of our medical and pharmaceutical manufacturing.

How can a great nation exist if it cannot produce much or most of what it most critically needs? If it cannot defend itself? Or provide medical supplies for its consumption? How can it prepare for yet the next pandemic that escapes the Chinese wet markets?

Our politicians, business leaders, and the Chamber of Commerce have cashed out on China. Now, the real cost of those decisions is clear to any voter paying attention. Itâ€™s time to re-assert American self-interest.

1) Taxpayers should demand repatriation of strategically important manufacturing into the U.S., or friendly nations, using tax credits as a carrot or tax punishment as a stick.

2) Square up American tariffs and taxes to precisely reflect the burden China places on U.S. goods and businesses.

3) The cost of the Wuhan COVID-19 virus and the coverup of the virus and Chinaâ€™s refusal to alert the world to the nature of the virus should shock no one. The U.S. is already out $8 trillion, and some estimates suggest that the total cost to the economy will be $34 trillion. Now, repayment is in order. For starters, the Chinese need to turn over the $1.2 trillion in U.S. debt they hold in bonds.

Tough love, as they say.