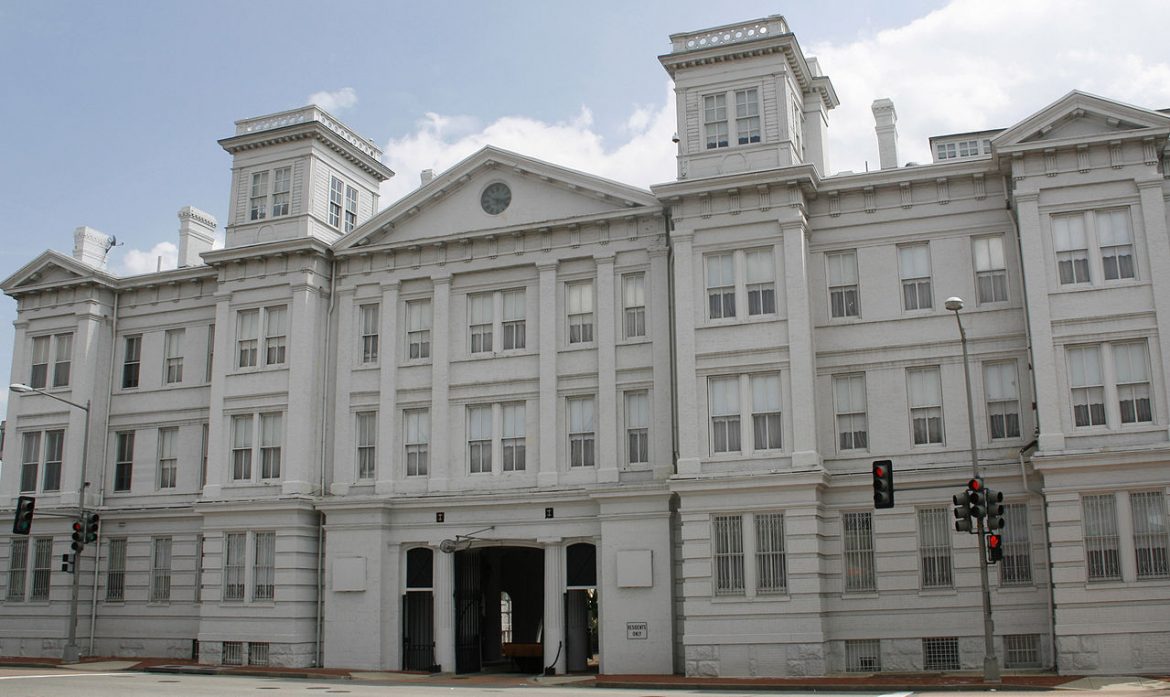 What’s wrong with Us?

An article on this site reminded me of the horrible murders at the Washington Navy Yard, six years ago. I worked at the Navy Yard for a few years, in the late 1960s, so I feel a certain kinship with the place, as well as personal outrage about what happened there.

In those days, we drove in through any of several gates and parked in one of the many parking areas on the base. Guards were posted at each entry point, but they seldom asked us to show ID badges, even though we were actually at war in Vietnam at the time. Perhaps we had windshield security-stickers, but I can’t remember that detail. It’s too long ago.

This is a different time, of course, with a threat level far higher than in the ‘60s. The last two decades have seen a much greater emphasis on security at military bases and even at individual buildings. Security has never been tighter, we are told. Certainly, our military installations are entirely secure, as never before.

Why, then, was it possible for a man armed with a 12-gauge shotgun – a very large, difficult-to-conceal weapon – to approach an entrance, brandish his weapon, shoot a guard, take his sidearm, and then escape unhindered into the Yard’s interior. This was a very noisy way to enter the base, so one would assume that the shotgun blast must have attracted some notice. Did other guards immediately pursue the shooter? If not, why not? We don’t know. There is no information on that point. Was the entrance guarded by only a single man? Again, no info.

I’m not claiming to be a security expert, but expertise isn’t needed to see that this raises some important questions about security – not only at the Navy Yard, but also at other installations and places frequented by millions of ordinary people. Here are a few of those questions:

Highly publicized incidents, like the school-shooting in Newtown, Connecticut, attract much media coverage and political exploitation. We saw some of the same in the Navy Yard case. On the day of the shooting, early reports claimed that one of the killer’s weapons was an AR-15 “assault” rifle. Media organs were so definite on this point that some politicians immediately ran with it – reinforcing an ongoing, high-profile campaign against scary-looking weapons of this type. Senator Diane Feinstein (D-CA) particularly hammered the assault-weapon angle.

The AR-15 reports were incorrect, however. Following a gun-battle in which the shooter was finally killed, police found that he was armed only with a shotgun, plus the pistol taken from the guard he had killed. There was no sign of an AR-15 or any other rifle.

This erroneous reporting illustrated the rush to judgment that frequently characterizes reporters and politicians who are more interested in furthering a political agenda than in finding the truth in such incidents. It also reveals how misguided are the campaigns against particular types of weapons. A 12-guage shotgun is an enormously destructive weapon, but it is not on any politicians’ to-ban list. Aaron Alexis obtained it legally in Virginia, in full compliance with all current background-check requirements and other state and federal gun-laws.

The gun-control campaign is long on image but short on substance. Banning scary-looking rifles would not have prevented the Navy Yard murders any more than banning a particular kind of car would prevent accidents. Automobile accidents are caused by bad (and sometimes malicious) drivers; shootings are caused by wicked or disturbed people, not by certain kinds of guns. Once we get our minds clear about this, we might make some real progress on gun-violence.

Naturally, there is no shortage of new “solutions,” which are being trotted out all the time – often naively. At one point Starbucks Coffee announced a policy requesting that its customers not bring weapons into Starbucks stores. Zounds! Why didn’t we think of that?!! Just put up a sign asking people not to be packing heat when they sip their lattes. Surely that will do it. I don’t mean to joke about a serious matter, but seriously…”

The much-publicized push for stricter background checks – to which I have no objection – also did not prevent the Navy Yard atrocity. Over the years, Aaron Alexis evidently came into contact with police and psychiatric officials on several occasions, but these incidents did not enter his behavioral record. Consequently, no red flags were raised with respect to granting him a security clearance, allowing him access to the Navy Yard, or letting him purchase a legal firearm.

USA Today reported (9/24/2013): “Background investigators were aware in 2007 that Navy Yard shooter Aaron Alexis failed to disclose that he had been arrested and had a string of bad debts prior to joining the military, but he was granted a secret clearance anyway, according to military documents released Monday.”

Why was that done? Could it have been to avoid charges of “racism,” since Mr. Alexis was black? We may never know, but we have to wonder. Perhaps he looked like a perfectly normal, harmless individual to investigators. But he wasn’t. He was a “grenade” waiting to go off. The system failed because important data were omitted or ignored. How many other cases like Aaron Alexis are out there, and when will those grenades go off? Until the investigative protocol is tightened up, enacting more background-check laws will be useless.

The most scandalous aspect of the Aaron Alexis case was the way authorities handled his requests for treatment of his obvious mental illness. If reports are accurate, police treated his case as a joke, advising him to “stay away from” the (imaginary) men he thought were speaking to him and were shooting “rays” through his body.

Har-har-har! Wasn’t that rich? My god! A child could have seen that Alexis had serious mental issues. Yet he received no treatment, detention, observation, or medication. Nice work. I hope those cops are having a good laugh, now that 12 people are dead.

The late Charles Krauthammer – a credentialed psychiatrist – wrote that when he practiced in the 1970s, an individual exhibiting the symptoms of Aaron Alexis would have been referred to him for examination and possible treatment. Said Dr. Krauthammer: “If I thought he could be sufficiently cared for by family or friends to help him receive regular oral medication, therapy, and follow-up, I would have discharged him. Otherwise, I’d have admitted him. And if he refused, I’d have ordered a 14-day involuntary commitment.”

Of course, in our current “enlightened” age we don’t do this anymore, thanks – at least in part – to a campaign championed in the 1970s by First Lady Rosalynn Carter to get many inmates released from mental institutions so they could have “personal autonomy.” Mrs. Carter’s idea of “compassion” has helped to produce whole sub-cities of ramshackle tents filled with legions of homeless people who are begging, dumpster-diving for garbage, and defecating in streets and parking garages. In some Pacific coast cities, so much human waste has been flushed into the ocean, via storm sewers, that the beaches have been declared a health hazard.

Our reluctance to institutionalize obviously disturbed individuals also explains why we had to endure the explosion of the Aaron Alexis grenade, and why a dozen perfectly good, productive people are now dead instead of doing their jobs, helping their communities, and caring for their families. Who is the better for all this?

What’s wrong with us? Have we lost our common sense? Where is our sense of decency? Why do we let pretentious know-nothings, who will never be affected by the damage they cause, push us around and upset the settled social order? Have we no pride in how our communities look and function? Have we no compassion toward people like Aaron Alexis?

For heaven’s sake, let’s get our minds and our institutions concentrated on helping them (and us!) so horrors like this can be stopped. I’m sick of the blood and the waste. I know millions of my countrymen are, too.

Most of today’s urban calamities are occurring in cities governed by Democrats. These include Chicago, where crime has spun out of control, and San Francisco, where the homeless crisis has become a national disgrace. Those politicians are demonstrably incompetent. They have failed their communities. If citizens want things to change, they’ll throw those fools out and elect people who haven’t lost their minds. The solution is in our hands. Things won’t improve until we decide to act.

What’s wrong with Us? was last modified: October 31st, 2019 by Woody Zimmerman