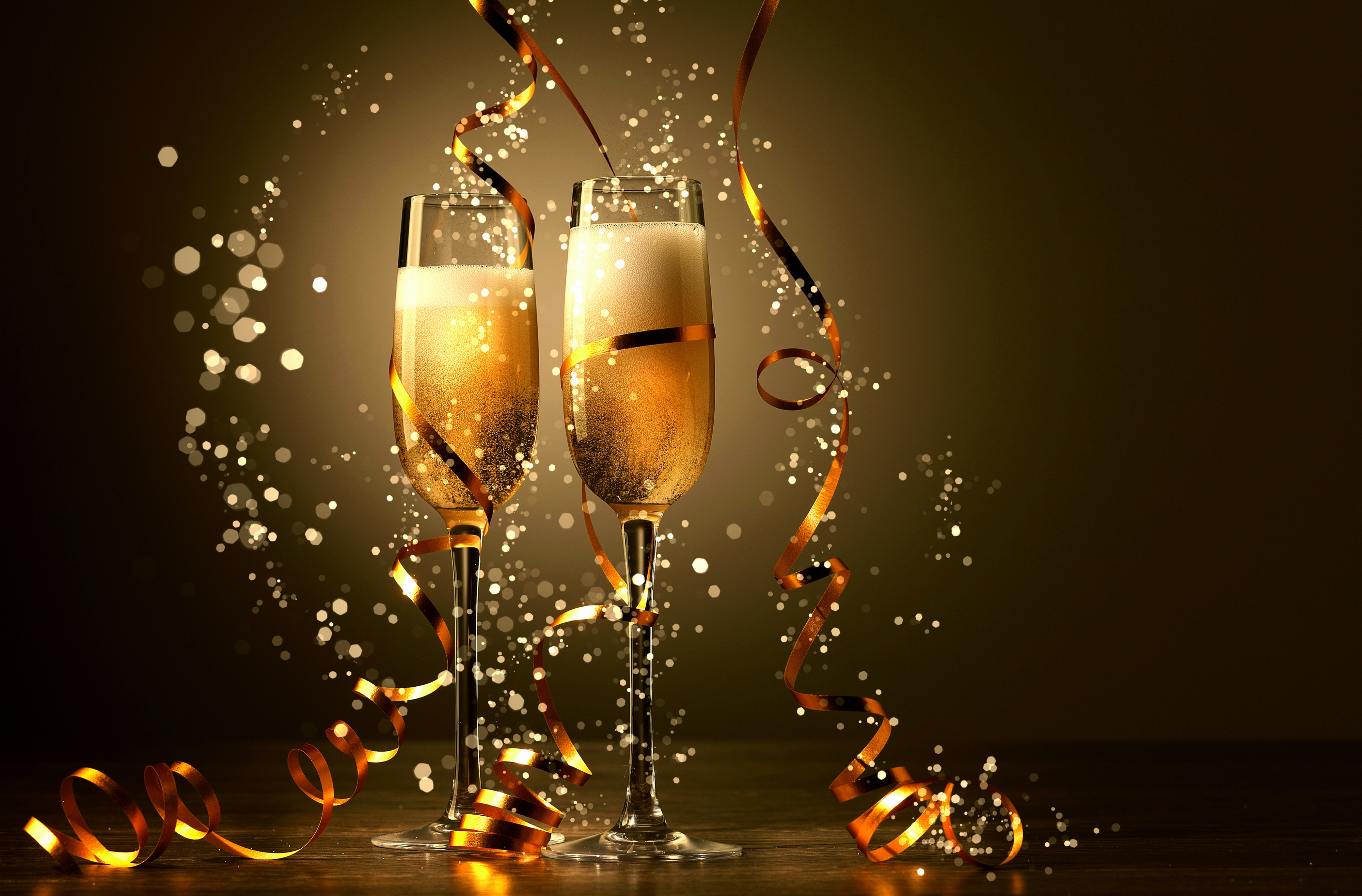 Where are the heaviest drinkers in the US and the World?

Many of us will be celebrating tonight with a bit of the bubbly. More alcohol is consumed in December than any other month of the year, hardly a surprise. The chart below shows yearly alcohol sales in the US, the spikes are December: 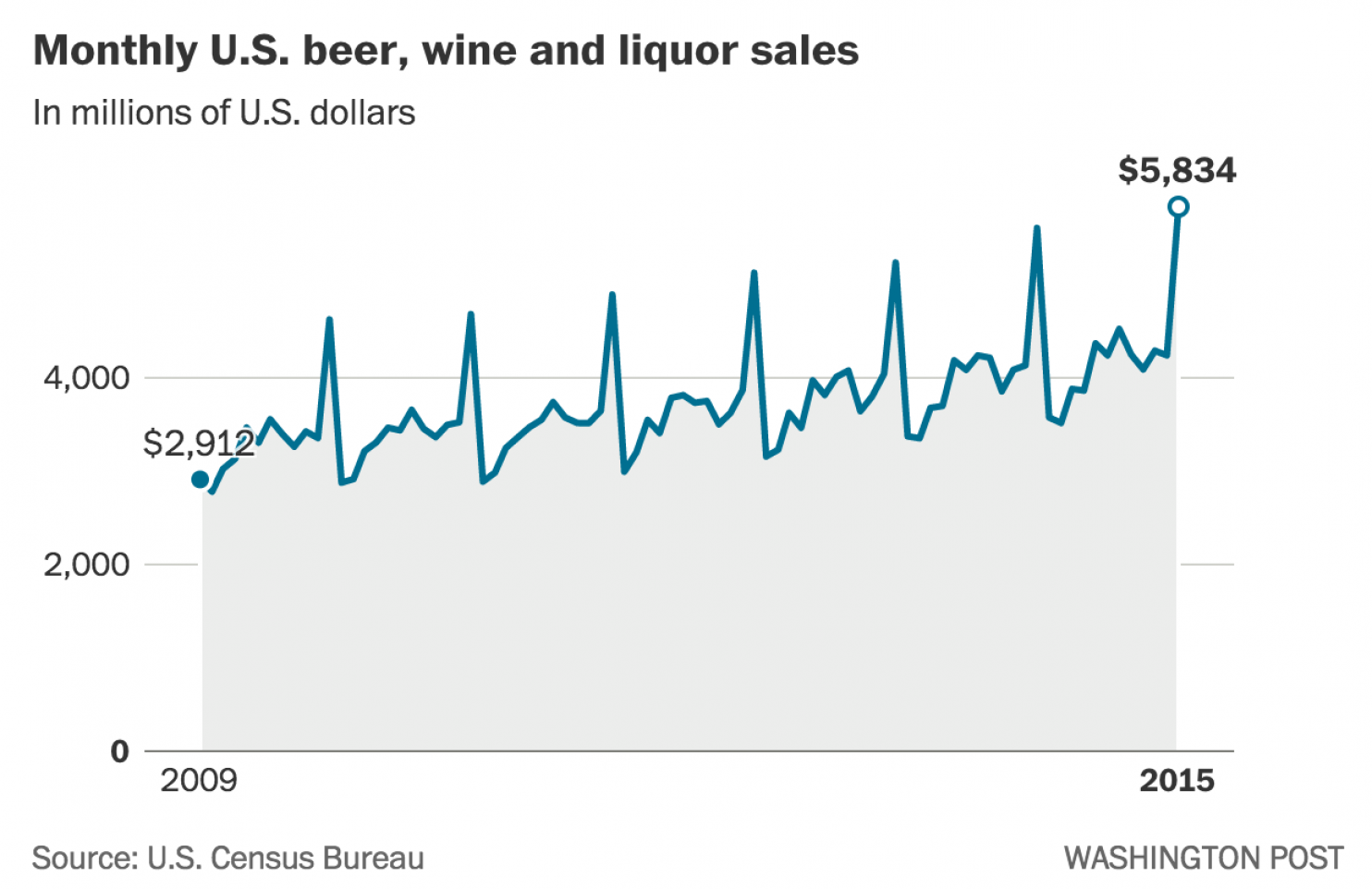 Where are the heaviest drinkers in America? 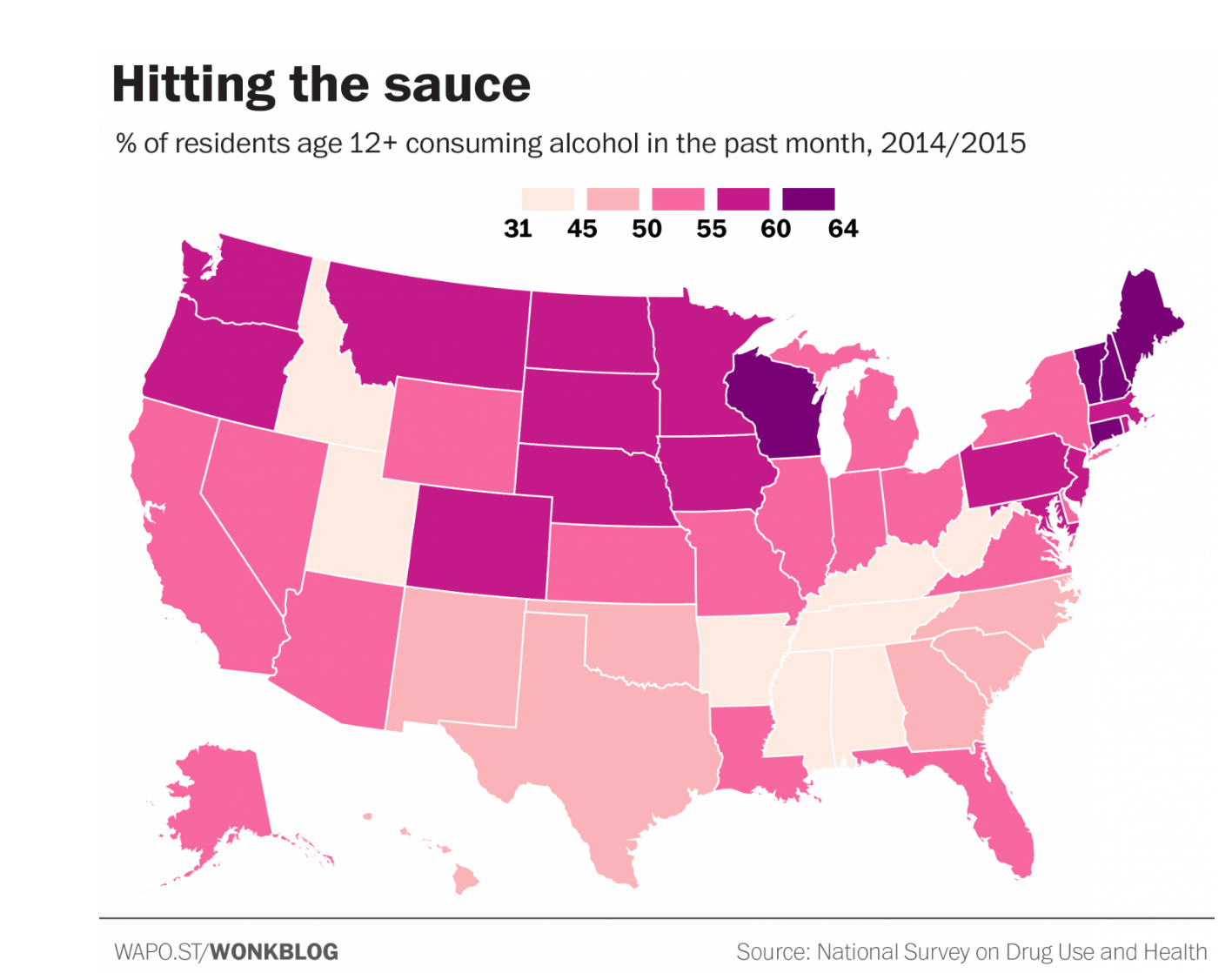 The biggest drinkers are in New England and the Wisconsin, both cold areas. Much of the Bible Belt is light on alcohol consumption as well as the heavily Mormon states of Utah and Idaho.

Some researchers believe the farther an area is from the equator the more booze is consumed. From this map of world alcohol consumption that appears to be true, with a few notable exceptions like Australia: 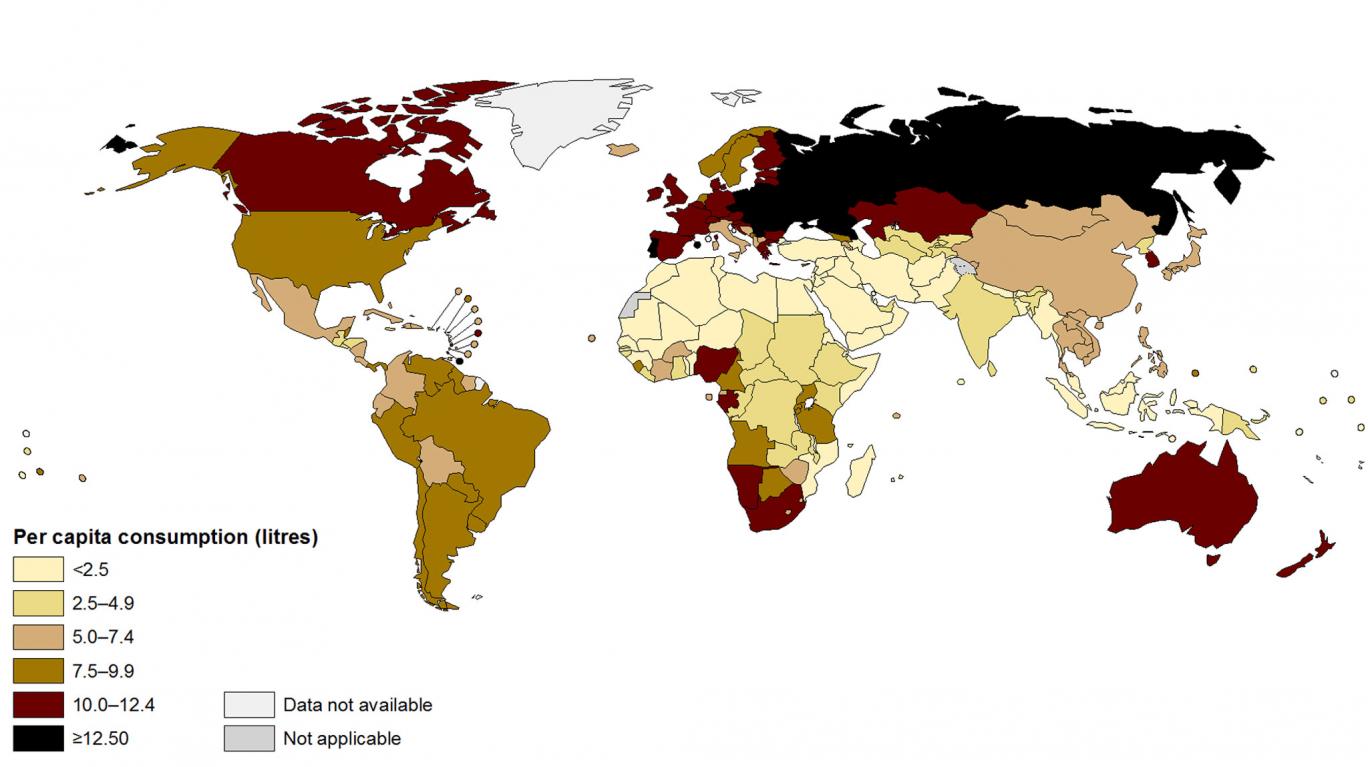 Where are the heaviest drinkers in the US and the World? was last modified: December 31st, 2016 by Jeanine Martin

Many years ago the heaviest drinkers in the world were all in a small town in the Philippines. The town held the world record for most bars. They also set records for other vices before it all in fell apart in 1991.

That’s interesting and a very obscure fact to know. Did you live there?

Back in the 70s it was known as the Subic Bay Naval Base. I read about it once in an old Guinness book of world records. I read a lot. It helps me remember things I was in no condition to remember when I was there.?