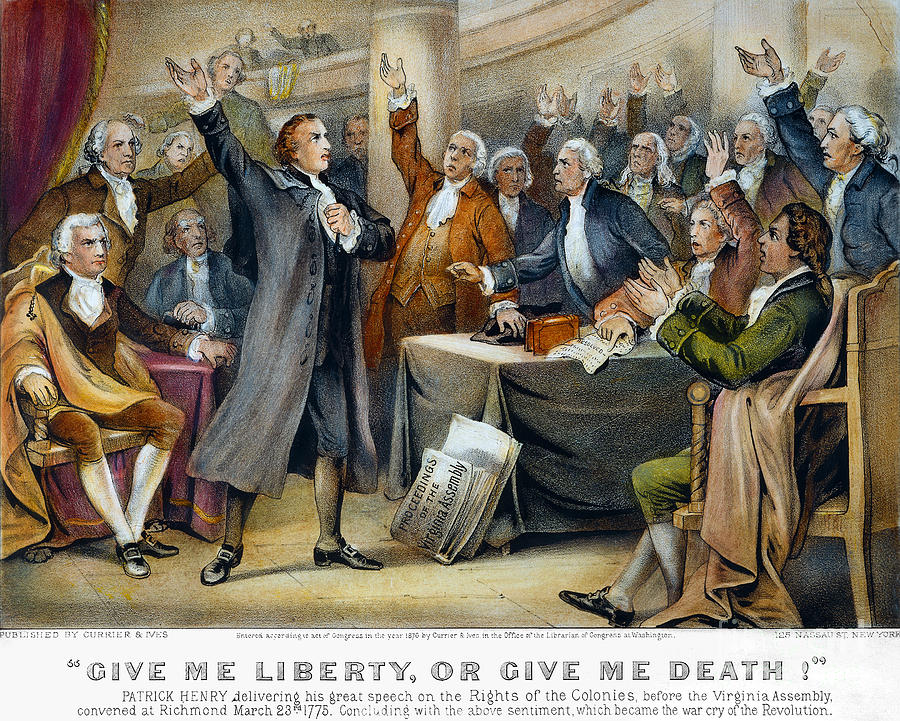 Painting of Patrick Henry (1775) by Granger

“Who can endure toil, famine, stripes, imprisonment and death itself in vindication of his own liberty, and the next moment . . . inflict on his fellow men a bondage, one hour of which is fraught with more misery than ages of that which he rose in rebellion to oppose.” – Thomas Jefferson

Virginia has a long, long history of producing patriots. The Republic for which it stands now would not be such without such names as Washington, Jefferson, Madison and Henry. These great men risked life, limb and livelihood to forge one of the greatest nations in the history of the world. Yes, the world and Yes, many of us still believe that.

Virginians penned the Constitution and The Bill of Rights, crossed the Delaware and have the highest number of Presidents born to it. You would think that the DNA of liberty should be fervently coursing through our veins and should be evident in every Republican representation we have in Richmond.

We should be chomping at the bit to throw the proverbial tea in the James to let the Governor know that we won’t go silently into the systematic destruction of Virginia’s economy, small businesses and lives as we go yet another month under these Draconian orders that are open ended. Our GOP leaders should be shouting that we support President Trump’s effort in #StoptheSteal and in his next term and that we have long grown tired of the beltway ruling class as well as Governor Northam’s tyranny for the last 10 months.

Yet… the chirping of crickets out of Richmond is deafening.

Can you imagine if some of our current leaders, who are supposed to be the defenders of the Constitution and the keepers of liberty were alive in 1776?

Folks, we would be driving on the left side of I64 and looking for the “loo”, I am certain of it.

Instead of Henry’s famous “Give me Liberty or Give me death” we have “I doth see you without thy mask, ye shall refrain from congregating, I doth see you Martha… Ye shall be reported!!!”

Some would have been in the town square yelling “Thou shalt not spread disinformation about the King! I don’t care what thee has heard, His crown and rule are sacred, and your royal stipends are due!!”

Perhaps an NIV version of the Constitution needs to be passed to our legislators? Anyone know the number to the Gideons?

Not is all lost. True Virginia patriots are working!

If you are not following a group of patriots called The Virginia Project at http://virginiaproject.com/ and on Twitter, please do. These folks are looking at the numbers of the Election closely to ensure Virginia’s vote was a good one.  After all, we should be certain of that, right?

In the words of the famous Virginian James Madison, “We’re not gonna take it, anymore”

Wait, that was Twisted Sister, but you get my point.

Where are Virginia’s Patriots? An open letter to Virginia’s GOP was last modified: January 4th, 2021 by Guest Contributor Brandi Rutz