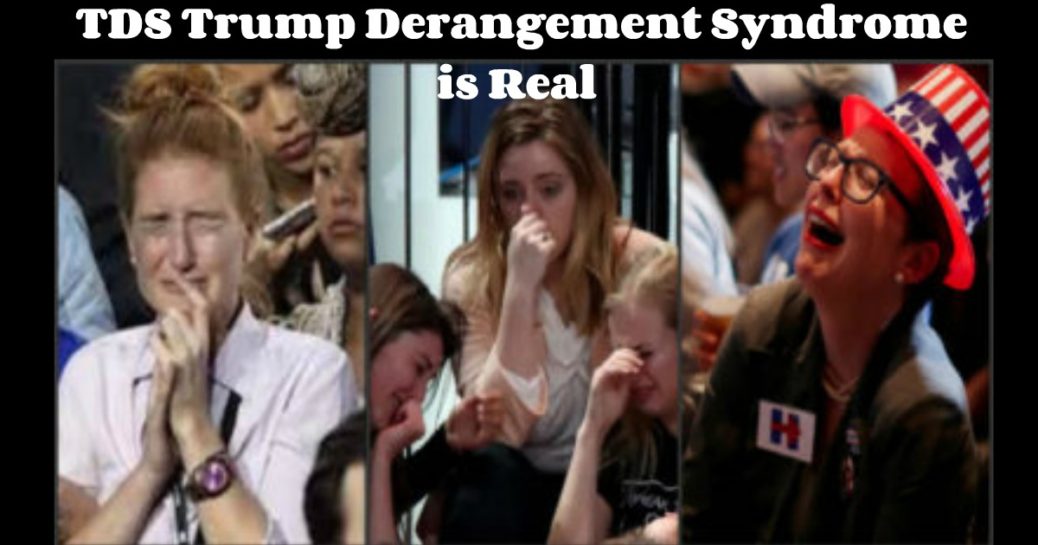 The American Psychiatric Association says this about Schizophrenia: “When schizophrenia is active, symptoms can include delusions, hallucinations, trouble with thinking and concentration, and lack of motivation.”

The two meet every day right in front of your eyes, in the news. They do so in the form of the modern Democrat party. At some point you would expect me to use the word ‘arguably’, but I will not. It is not arguable, it is simply fact.

Lester Holt is not going to report it, nor is the Today Show or 60 Minutes. You won’t find any mention on the broadcast news or CNN or MSNBC. But it is in your face every day like to 5000lb elephant in the room.

Hypocrisy: The Democrat National Committee website states: “Our party is focused on building an economy that lifts up all Americans, not just those at the top.” Nice sentiment, but it is a lie. Not one single Democrat voted for the president’s tax cuts. Those tax cuts put the economy into overdrive, powered 100% by Republican ideals that really do lift all Americans.

Hypocrisy: The Democrat National Committee website states: “Democrats are working to make progress on issues like job creation, equal pay, education, healthcare, and clean energy.” Hollow words when the party has attempted to block every single initiative in Congress to stimulate the economy, introduce a workable equal pay initiative, and clings to the disastrous Obamacare fiasco.

Hypocrisy: The Democrat party is always leading the bandwagon in support of Muslim nations over Israel despite the horrific treatment of women, minorities and gays in those nations in the name of religion. It is the most bizarre political stance I have ever seen from a major American political party.

The other half of this equation is the schizophrenia that President Trump’s election has caused. The Democrat party stalwarts are firmly proffering a delusion that the last election was stolen with Russian collusion, despite zero evidence to support it.

Schizophrenic: Another delusion is that the hard-working Democrat party is looking out for the little guy, the down-trodden, the poor and the destitute. They block out the years when they had a supermajority. When they could have passed anything in the world without Republican interference, but they squandered it.

They didn’t use this rare political power to benefit anyone but the party. No DACA (or any immigration reform), no tax cuts, no education reform, no programs to help the inner cities. No crime bills or gun-control. They did nothing with it.

Schizophrenic: Then there are the hallucinations that the president has said or done something racist, bigoted or xenophobic. They imagine that secure borders are anti-immigrant and that “Make America Great Again” is code for “Make America White Again”.

Schizophrenic: That brings us to “lack of motivation”. What do Democrats stand for? They have no discernable message. No leading cause or alternative plans. Nancy Pelosi, in her deranged state, believes that rolling back tax cuts is a winning strategy in “flyover country.”

Let’s all take a double dose of cold, hard reality. Nixon, Bush 43 and Clinton all were distracted while dealing with scandal, media pile-ones, and investigations. Not this president. Despite unprecedented vitriol, lies and fake news, there is no greater tribute to his mental stability than his hyper-focus on his priorities, which is quite the accomplishment — quite the opposite of a “mentally unstable moron”.

If anyone is showing symptoms of schizophrenia, or Trump Derangement Syndrome it is the media. For the last 18 months, they have pushed a conspiracy narrative about Trump wanting to win so bad he was in bed with the Russians. They have even speculated that Trump really didn’t want to win the presidential race all. How’s that for Schizophrenic?

The bottom line is that Trump has no interest in being a cookie cutter president and isn’t going to behave like he is “supposed” to. He has all of the political and media establishment in a constant state of “I beg your pardon?”

He is getting things done that way. In doing so, he is either accidentally, or intentionally benefitting the traditional Democratic party constituency, the blue-collar families, the underemployed, single parent households, minority neighborhoods. It’s not crazy or hypocritical, its Republican.