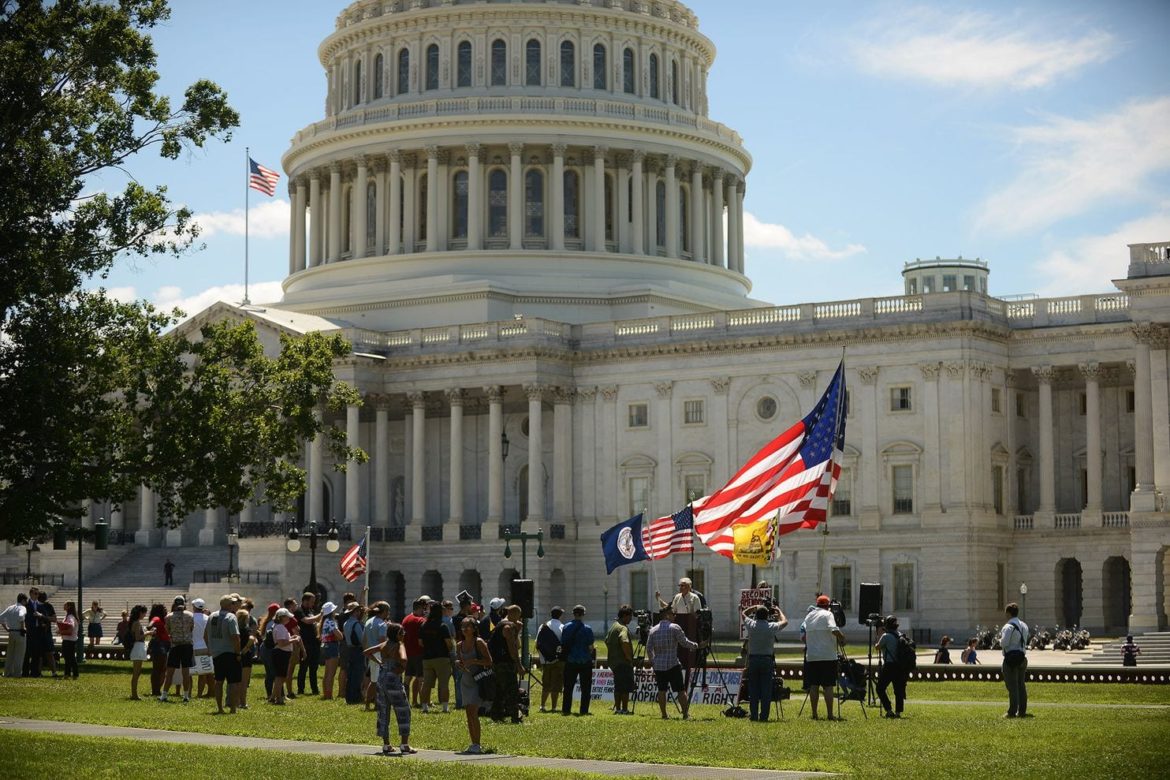 How do we get conservatives into the streets â€“ or should we bother? Â

Over the July 7 weekend, college and high school students staged pro 2nd amendment gun rights demonstrations in several cities, including at the Capitol in Washington, DC.

According to the Washington Post, various student groups have been organizing the rallies since April, following scores of gun control protests due to the shooting deaths of students at a high school in Parkland, FL, in March. Â Â

Not unnoticed by the paper were the â€œsmaller-than-expected crowdsâ€ Â at the 2nd amendment rallies, which disappointed a number of the organizers, who reportedly, did not get any funding from gun rights groups.

â€œI donâ€™t know why more people didnâ€™t show up. I think a lot of conservatives are just afraid to show up for public events,â€ Palm Beach, FL organizer Ashley Johnson sold the Post â€œ through tears.â€

The Post gave the group prominent Page 2 coverage, but it got scant coverage on TV (except snippets on Fox News).

But Ms. Johnson is only partially correct. Â Conservatives are not afraid to show up for public eventsâ€”we just suck at organizing them unless itâ€™s a campaign rally, like for President Trump. Â Â

In fact, I would say we TRULY SUCK at the protest and demonstration game these days.

Besides Trump rallies â€“ which are not the same as demonstrations â€“ the annual March for Life in D.C. is probably the closest we have come in recent years to getting a sizable crowd for any kind of conservative-oriented demonstration. Â Â

Liberal groups, it seems, can organize a protest very easily and quickly. Â They can draw from the unions, universities, high schools and those in various liberal movements (i.e. environmental). Â There seems to be no shortage of protests these days on the Left, but virtually nothing on the Right

Conservative groups are well funded and do indeed get action in a number of areas without resorting to ANTIFA or pink hat tactics. Â But even with petition drives, we are lacking.

I looked at a sample of online petitions on Change.org and Ipetitions.com to see what the response was. Â For example, when the Pain Capable Unborn Child Protection Act was being debated by the GOP Congress in fall 2017, one online petition for the bill garnered but 4,444 signatures. Â The bill died in January. Â In contrast, a petition to ban assault weapons has some 261,758 signaturesÂ as of this writing.

I am a big believer in grassroots, and a big believer in the impact demonstrations have on the mass media, particularly the TV networks, which love to air video of angry people and signs. Â Like it or not, a goodly number of voters get their information and perceptions of political leaders and issues from mass media and entertainment, especially social media and television.

Demonstrations shake up a voterâ€™s complacency; they make him or her think, there is a problem out that that needs to be fixed, and the people in power are not fixing it.

Organizations and political parties can build their databases of potential volunteers, donors and even candidates through demonstrations and rallies. Â Once in the database, you can mobilize them to email politicians or do door knocking and phone calls.

Democrats seem to be doing this with Millennials in this yearâ€™s Virginia elections,Â according to this article aÂ number of women who defeated Republican delegates in 2017 were involved in the anti-Trump resistance demonstrations earlier in the year.

I have several theories why conservatives, outside the tea party and pro-life demonstrations, canâ€™t seem to get folks to attend rallies.

First, we already control the White House, the Congress and most governorships and state legislatures, and dominate the corporate suites. Â Being locked out of power may cause more liberals to hit the streets, even in wacky and violent ways.

Third, Republicans and conservatives are largely older people with jobs and do not have the time (even on weekends) to trek on trains and buses to attend rallies.

Fourth, is location, location, location! This article theorizes there are heavier concentrations of liberals in cities and densely populated areas and so it’s not easy to rally conservatives, who live in rural and far flung exurban areas. Â Â There could be some truth to this, as the most successful demonstrations that get coverage are in big cities where the media (and participants) are located.

Fifth, itâ€™s usually easier to demonstrate AGAINST something then FOR something. Â Not sure this is an absolute, but most of the demonstrations by the Left since Trumpâ€™s election in November 2016 have been all about OPPOSING his policies versus offering solutions (except perhaps the assault weapons ban â€“ even though itâ€™s not a solution to gun violence). Â The tea party demonstrations were successful WHILE Obama and the Democrats were in control of Washington. Today, most tea party groups are coffee klatches.

Finally, conservatives are too nice and polite, especially religious folks. Â We are not the types to confront Chuck Schumer or Nancy Pelosi in restaurants as Leftists did recently by surrounding the cars of Secretaries Elaine Chao and Betsy Devos, or Kirstjen Neilsen at her home in Virginia and restaurant in DC. Â Â

But should we be giving Maxine Waters a taste of her own medicine?

I suppose your responses will range from â€œwhy bother, the media wonâ€™t cover it?â€ or, â€œwe are better than that,â€ and yes, as the research shows, tasteless demonstrations and violence work AGAINST your cause Â — which a number of conservative commentators are hoping will help Republicans this fall.

But I sure would like to hear some explanation of this conundrum of why our side lacks the ability to organize a well-attended demonstration â€“ and some solutions, if you all think itâ€™s worth time, money and willpower to start getting our folks into the streets and before the mass media. Â

[…] Take the National Football League, which has failed to enact any sanctions to players who kneel during the National Anthem, in my view because 70% of the players are black and the NFL has no desire to face a boycott by liberals (who are better at boycotts than conservatives, as I noted in this TBE blog last year). Â  […]

Harassment is illegal. Peaceable protest is not.

On the other hand, Republicans vote.

Liberals tend to be more emotional … fanatically so.

I think that we can look to Hollywood for the answer: The Quiet Man starring John Wayne and Roadhouse starring Patrick Swayze.

Republicans and Conservatives will protest when we have to, and then we will act when we need to â€” we donâ€™t have much use for the in-betweens.

The writer is onto something with reason 4.