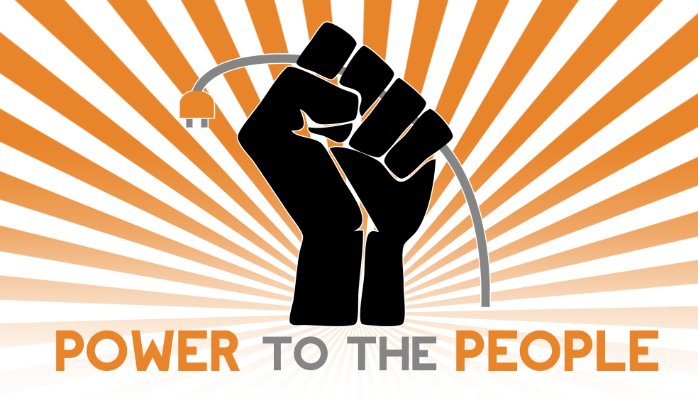 Where the Power Lies

I’ve spent enough time with folks from Richmond to know that they have no respect for local government and that our Congressmen and women in Washington D.C. have no respect for the hardworking folks in Richmond. Why? Because excrement, in politics, flows up stream. Residents of towns, cities, and counties complain to their Delegates and State Senators that their local governments are corrupt and irresponsible. It is almost always politically convenient for our representatives in the General Assembly to rebuke localities, take powers away, and put an end to “local corruption”. The same is true in Washington D.C. They hear the complaints about State government and they are always looking for ways to “help”.

This prejudice against local government doesn’t come from the higher-ups. It comes from the frustration of the people, ever looking to a higher power to right wrongs and ensure efficiency. What frustrates me is that instead of replacing local officials, people complain up the chain of governmental command. What frustrates me is that if someone has a problem in Hanover, they complain to Richmond; and when they have a problem with Richmond, they complain to our nation’s capital. How is this working out for you?

Delegates and State Senators I respect carry bills that drive me absolutely insane, because they are listening to you, “the people”. How can I tell them to stop listening to their constituents? How can I make philosophical arguments to representatives who know full well that they can’t lose taking power away from local governments in order to “fix” the corruption there? I can’t. I look ridiculous.

I haven’t been speaking with Democrats though – just Republicans. It’s the Republicans in Richmond who feel compelled to micromanage towns, cities, and counties. They feel compelled because they are listening to the demands of their constituents, who (despite believing in “local government”) believe that their State government out ranks their local authorities.

In previous articles, I have blamed Richmond for stepping on the toes of local government, and I have blamed the federal government for stepping on the toes of Richmond. I’ve had it all wrong. If we continue to go over the heads of our local governments, instead of working around the clock to ensure integrity at the local level, then we are not conservative in the traditional sense of the term. We are asking for more centralization.

If we really want a conservative government, then we need to begin at home. If we want to preserve power as close to the people as possible, then we need to defend the authority of our towns, cities, and counties. Yet, despite our philosophy and our rhetoric, that is not what we do. Our human nature leads us to pursue expediency over effort. We create the very environment we say we dislike. Why?

Our Republican-led General Assembly has, over the last six years, waged a war against localities and local government. I always thought this was because they were corrupted by their own sense of power and entitlement. I was wrong. They are simply responding to the will of their Republican constituencies. Do we really oppose centralization, regulation, excessive taxation, and governments overstepping their authority? If so, why do we demand it?

I love my local government. If I hated them, I would work around the clock to replace them. If you are going over the heads of your local government for justice, then you are advocating for the centralization of power. I no longer blame Richmond. It’s us. It’s our fault. FOX News covers national stories and so that is what we pay attention to. Do you know how depressing it is to sit in Board of Supervisors meetings and realize you are the only one there not representing some organization? That there is no community accountability for these people? Instead of showing up and pressuring local government to do the right thing, we call our Delegates and State Senators. When they don’t give us what we want, we call our Congressmen and women. How is this not our fault? How can I blame Delegates and Senators for bowing to the wishes of their constituencies?

Do we want power locally or not? If not, then what makes us so “conservative”? If we are violating our principles, do we do so out of laziness? If that’s the case, this is hard to bear. I want power dispersed, not centralized; and so do you. Yet, we don’t do what we have to do to ensure the localization of power. This needs to change, or else all our principles and philosophies will get lost in the race toward the centralization of power. Believe me, the further power gets from you, the less you matter – and the more corporations, political parties, national media, and billionaires have a say over the means and ends of your lives.

Where the Power Lies was last modified: January 3rd, 2017 by Steven Brodie Tucker

Question: Do you think that a home rule model combined with a system where townships and wards (instead of counties) are the fundamental political division, e.g. MI, is more desirable than the status quo in VA? It seems plausible to argue that this would be more likely to incentivize decentralization of power.

This is what the political parties are for, at all levels, but the politicians and consultants now just bypass them.

It is – but it needs to happen at the local level. We’ve all seemed to give up on that.