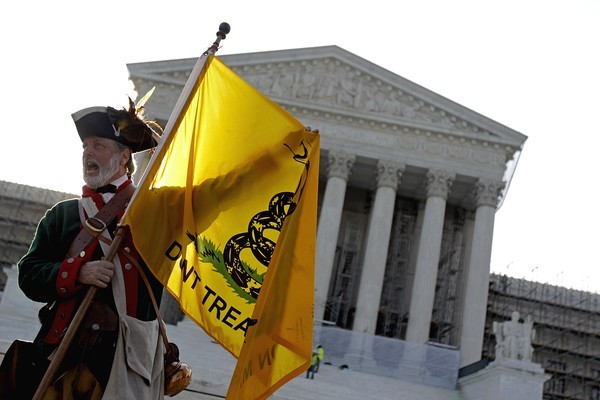 Where the Tea Party went wrong

As one of the populist leaders of the Tea Party in Stafford County, I became an integral part of the movement in 2009. To voice disapproval with the bank bailouts, the Obama stimulus, and impending Obamacare legislation, Tea Party leaders in Stafford County and throughout the country held meetings and rallies, met with elected officials, and schooled themselves in the art of community organizing. With justification, Tea Party patriots could claim that they contributed to the 2010 mid-term election outcome. However, with the nomination of Mitt Romney in 2012, it had become apparent that the movement was beginning to run out of steam and inching towards irrelevance.

As a student of political history, I believe it would be beneficial to discuss the reasons why the Tea Party failed. I have identified four factors necessary to ensure the success of any movement.

First, movements need inspiring leaders who are capable of uplifting millions, such as Mahatma Gandhi and Martin Luther King. Without such men and women, political movements will fizzle out. The closest thing the Tea Party had was Glen Beck, the quintessential flash-in-the-pan. Like hundreds of thousands of others, I listened to his speech on The Mall in 2010, and asked myself when it was all over, “What did he just say, and what are we supposed to do now?”

Second, movements must be fueled by money – and lots of it. White liberals funded the black civil rights movement in the 1950s. German Jewish bankers, who for a variety of reasons hated the Russian Tsar, filled Bolshevik coffers and made the “Russian” Revolution possible. A decade later, the financial support of German industrialists transformed Hitler and his Nazis into a potent political force. The Tea Party had no sugar daddies to fund a professional cadre of trained and dedicated activists, as the Left has with George Soros. Our movement was fueled entirely by volunteers who had jobs and family responsibilities.

Third, leaders of movements must be able to boil down their aspirations into a simple, coherent message that can be attained and expressed by a slogan such as “Build the Wall.” The Tea Party battle cry of “Take back our country” fell flat because the Tea Party could not even identify the people or forces who took the country away from them in the first place. And even if it could, just how would its members be expected to wrestle power away from the elite banking, political, media, and cultural elites who now run the country and control most politicians? “Take back the country” was not achievable and everyone knew it, and everyone was frustrated and discouraged by it.

And finally, it did not buoy spirits among the Tea Party rank and file when it became all too apparent that many of the politicians who were propelled by the Tea Party wave in 2010 had metamorphosed into conventional Republicans, such as Marco Rubio. It is like going to the trouble to prepare a gourmet beef meal, but in the end, despite your expenses and efforts, the dish tastes like Hamburger Helper.

I recommend that right-leaning activists tackle one issue at a time – such as lobbying the Republican Congress to build The Wall or to deny sanctuary cities federal funding. Single issue groups, such as the NRA, are successful because they know how and when to muster the necessary political firepower against their opponents. They aim at one target at a time and keep a tight shot group. We conservative and populist activists must be equally focused because when we “go broad” and try to be everything to everyone, we end up, as the cliché goes, being nothing to no one.