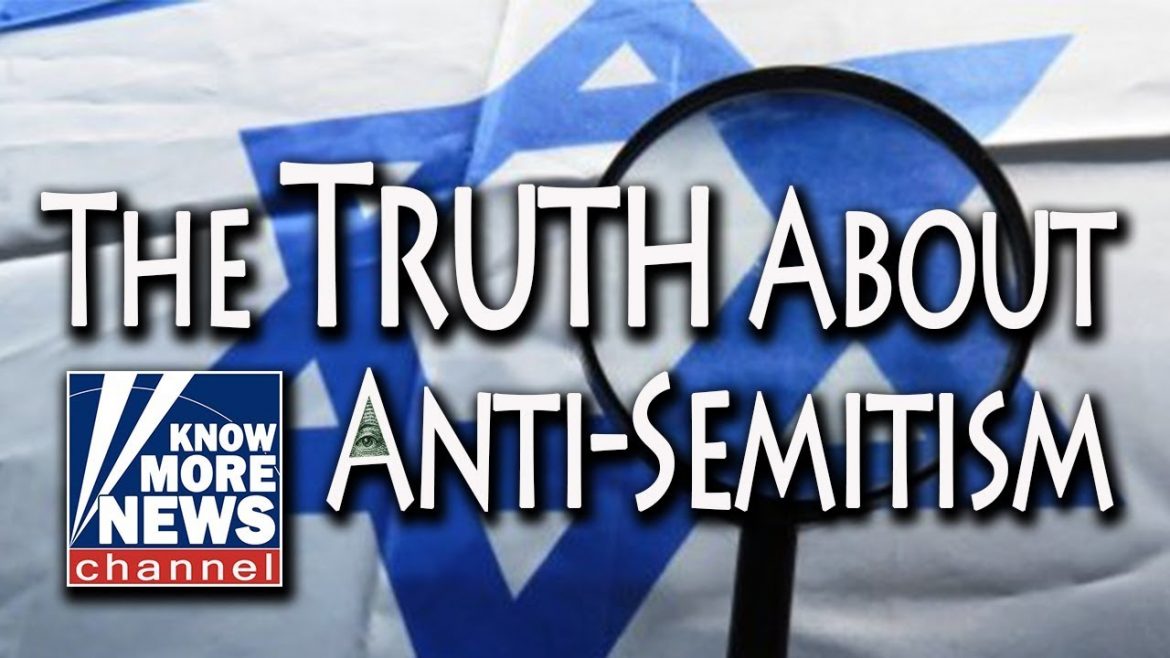 Where Truth Ends and Anti-Semitism Begins – One Person’s Opinion

Having been raised in what could best be described as a secular Jewish household in an ethnically diverse neighborhood in lower Manhattan more than 50 years ago, I had my first encounters with anti-Semitism at age six when my Italian-American friends pointed out that I could never be part of their “blood-brother gang” because I had “Jew Blood.” On the day JFK was assassinated the older brother of one of my Puerto Rican friends commented that “the blankety-blank Jews had killed our president.” When I was 15, I was assaulted by a pack of about 10 black kids, one of whom kept on shouting anti-Semitic epithets as he delivered the blows. And although I went out with my Chinese girlfriend for four months, she was not allowed to bring me into her apartment because as she told me (then 17) in a very matter of fact manner, “My mother doesn’t like Jews.”

Probably no group has suffered systematic discrimination, mass murder, and the detrimental effects of identity politics LONGER than the Ashkenazi Jews of Europe have. This is not to say that all Jews are victimized angels. We’re like everyone else – we have our good and our bad. For example, Ashkenazi Jews played a leading role not only in the blood-drenched Russian Revolution, but also in failed Marxist takeovers in Germany and Hungary after the First World War. In fact, a few of Stalin’s most infamous henchmen were Ashkenazi Jews.

But what really separates us Ashkenazi Jews from every other demographic group is the unique history our ancestors experienced in Central and Eastern Europe for over a millennium. Jews were excluded from working and owning the land, joining trade guilds, and serving in armies. As I wrote in a previous article, we are the only demographic group in recorded world history to have been shunted into livelihoods (commerce, money lending, banking, etc.) that required concentrated measures of cognitive ability. As a result, the average Ashkenazi IQ today (around 115) is nearly a full standard deviation higher than the general population, and the unprecedented accomplishment of American and European Jews in science, medicine, business, economics, entertainment, and music bears this out. For example, in the 64 years since my birth no less than 29 Jews have won Nobel Prizes in Chemistry, 39 Jews have won the Nobel prize for medicine, and the number is even higher in physics with 44 Jewish Nobel prize winners since 1955. The Nobel Prize for Economics has been awarded since 1970, and yet 30 of the winners have been Jewish. Ponder this – only one in 500 people of the world is Jewish, and yet over 50% of Chess World Masters have been Jewish.

And it is not only because “Jews study harder.” In Israel, where the Jewish population is divided evenly between Ashkenazi and the Middle Eastern Mizrahi (primarily from Morocco, Iran, Iraq, Tunisia, and Yemen), the Ashkenazi totally dominate in science and technology. No. Nature and history – in an ironic and bittersweet manner – have blessed us. I hate to burst the bubble of some progressive radical egalitarians, but clearly not everyone is the same.

With this largely disproportionate concentration of talent and achievement comes disproportionate levels of prosperity and influence. According to Forbes Magazine in 2012, 35% of The Forbes 500 (billionaires) were Jewish. A quick glance of America’s top political donors will reveal a list of names that looks like the invite list to my cousin’s Bar Mitzvah. Jews also occupy top media positions in numbers that are way out of proportion with their percentage of the population. And to point out and comment on this influence in the political arena, as Minnesota Congresswoman Ilhan Omar did (“It’s all about the Benjamins, baby”), is NOT anti-Semitism in my opinion. She’s merely stating a fact.

On the other hand, in addition to the samples I cited in the opening paragraph, here are some other examples of what I consider anti-Semitism:

In 2009 during an interview at a conference of black preachers in Hampton, Virginia, Barack Obama’s spiritual advisor, Reverend Jeremiah Wright, claimed that “those ^%$#-ing Jews” would not allow him to speak to Obama.

In 2017 during the so-called Unite the Right March, neo-Nazis and white nationalists chanted “Jews will not replace us!” as if Jews had some mystical, omnipotent power to prevent white Gentile men from finding mates and having children.

It is also popular on the Fringe Right to state or imply – without any evidence – that Jews have accrued the power and influence due to nefarious or unfounded conspiracies bent on world domination.

It is not uncommon among poor residents in my old neighborhood to blame the fires that destroyed their old tenement buildings on “Jewish lightning” – their totally unsubstantiated belief that Jewish landlords are deliberately setting fires to buildings to collect insurance.

Anti-Semites come in all shapes, sizes, and colors. But I have made it a point in my life to know where to draw the line between truth and anti-Semitism. Sigh. If only the Left were as diligent in distinguishing between the truth and their wild, reckless charges of “racism.”