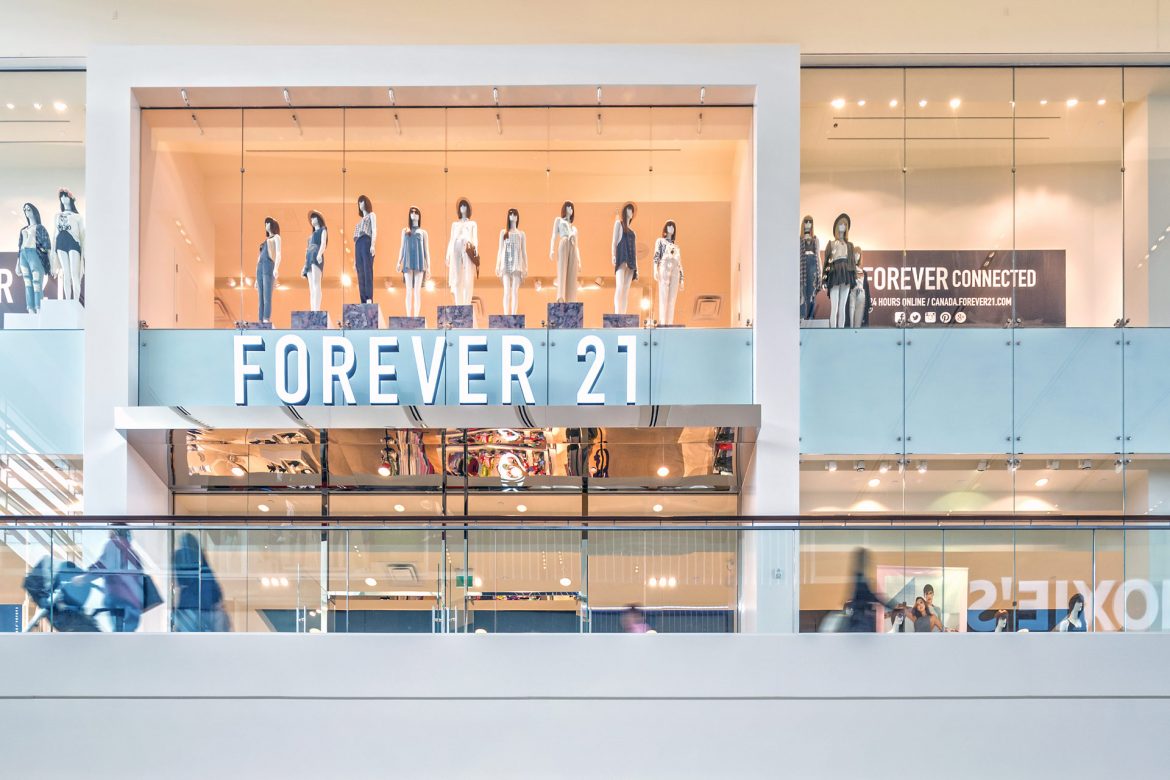 Another retailer bit the dust and filed for bankruptcy, Forever21. It’s not that people don’t have the money for cheap and disposable clothes with each season and don’t spend, we are a consumerist society and the economy is booming, with the lowest unemployment rate possible, 3.7 percent in August 2019.

But people are spending money more wisely and often from their computer keyboards and the comfort of their own homes, not having to spend precious time, wear and tear on cars, gasoline, or braving public transportation to shop.

Some even find great bargains in thrift stores, estate sales, and garage sales. Amazon is thriving thanks to low delivery costs provided among others, by the USPS. If such delivery costs should increase, then the online shopping habits of U.S. consumers may change away from Amazon.

People don’t want to take the time to go shopping in a mall anymore, or in grocery stores, as home deliveries for food are relatively cheap. Time can be spent on other activities because Americans are well off compared to most other nations and can afford to pay someone else to shop for their food. Few others in the world have that luxury; they also spend much more of their disposable incomes for food. Americans spend less than 15 percent of their after-tax earnings for groceries.

Fighting crowds and long lines for the cashier at the mall is a dauting proposition that most Americans have learned to dread and avoid. In large urban areas the malls have become the hang out place for foreign youth and sometimes their parents who congregate for their communities’ latest news and gossip as they did in the places they came from.

Americans have so many options that they have no idea how other people in the world live or shop. They don’t understand lines unless it’s lines to buy a concert ticket, a football ticket, Black Friday sales, or to get into a much-desired venue. Lining up for food or necessities is an alien concept to most Americans unless they are naturalized Americans like me who grew up under the communist boot and stood in lines every day in order to find food and other necessities to survive.

Who will be the last retailer standing when the war for the American pocketbook between them and online giants like Amazon intensifies?

Amazon will be one major winner, as it has already put out of business many small and large retailers which have not adapted well or fast enough to the Internet age.

Large retailers like Walmart are trying to keep up with Amazon but many of its customers are left out of online commerce as they do not have Internet access.

Costco’s e-commerce is thriving, having experienced “an increase of 20 percent year-over-year during the company’s second quarter 2019. Growth was seen in orders, profits and other metrics, in addition to digital sales.” People bought more “groceries, consumer electronics, hardware, health and beauty aids, tire and automotive, toys, and seasonal apparel.”

Many customers boycotted retailers like Target who made it their mission to force female customers and their children to use the same bathrooms with perverts of the opposite sex. That drove away many customers who did not feel safe in their stores. Some have not returned.

Boycotts of the Christian fast food chain, Chick-fil-a, have backfired, patronage of its restaurants has increased, and the fast food chain is expanding nationally and internationally.

There will be older Americans who would still want to try on clothing and feel the fabric before they buy. For them, ordering online is a technological inconvenience. They prefer to deal with a human being, but those human beings are scarcer in large department stores as they have cut back staff to the bare minimum.

Inventories and choice are down in all department stores. The associates who are available, hail from a foreign country where the concept of customer service does not exist, so customers leave the department store disgusted and disappointed with service. Even Nordstrom, long renowned for its customer service, has come down a few notches.

Higher end clothing and luxury items will always be available but most stores that will be in competition with Amazon will stock up essentials. Everybody needs household items, cleaning supplies, sheets, towels, and basics. In the makeup department, women will still prefer to try on things before they buy the right colors.

Many think that Walmart will probably survive because one cannot yet buy enough good groceries on Amazon. Perhaps if they refine their choices. But Walmart and Target are still cheaper for most consumers.

Eileen Johnson, who worked in the beauty industry, strongly believes that “cosmetics is succeeding online. The department stores now poach their in-store business by offering better cosmetics deals and gifts online. People come to the counter, try items, take pictures of what they want, and then order online. What is currently thriving and what will be the future are Sephora and Ulta. These are unique experiences that don’t require employee intervention. The downside is that no one is knowledgeable anymore on products, but the millennials and younger generations use YouTube and cosmetic blogs to get their info anyway.”

The old boutiques and seamstress style shops might make a comeback for the very affluent. Perhaps the more enterprising and talented among us will dust off their sewing machines and start making their own clothes again. With such a possibility, fabrics, sewing patterns and essentials would make a comeback as they were quite common in the 1980s America. Some small online retailers are already offering services where they can measure their customers for the proper-fitting shirts and blue jeans.

On the other hand, if we develop into the one-party state that we are slated to become, when equal pay will kick in, only the approved attire with limited choices and colors will be sold. With equal wages, few will afford nice things, just the elites in power. The rest will only need one dress, trousers, a few shirts, a couple of uniforms, one pair of shoes or sandals, and one pair of boots, no purse or makeup and other frillies.

In communist regimes like China, people who ran afoul of the “behavioral modification” program called social scoring of the Communist Party, have already been prevented from flying. An embarrassing ring tone warns others of the presence among them of blacklisted Chinese consumers who are “bad” and “untrustworthy” as defined by the chairman of the Communist Party. They are on an undesirables list of 13 million Chinese consumers so far. https://tinyurl.com/y26g6g5m)

In a totalitarian, central government-run economy, most income will be spent for taxes, survival basics such as rent, utilities, food, bikes, and monthly fares for bus/train. There will be no disposable income for extras like entertainment, vacations, and luxury goods as the economic police would not encourage such bourgeois accumulation of goods.


Which Retailer Will Bite the Dust Next? was last modified: October 4th, 2019 by Guest Contributor Dr. Ileana Johnson